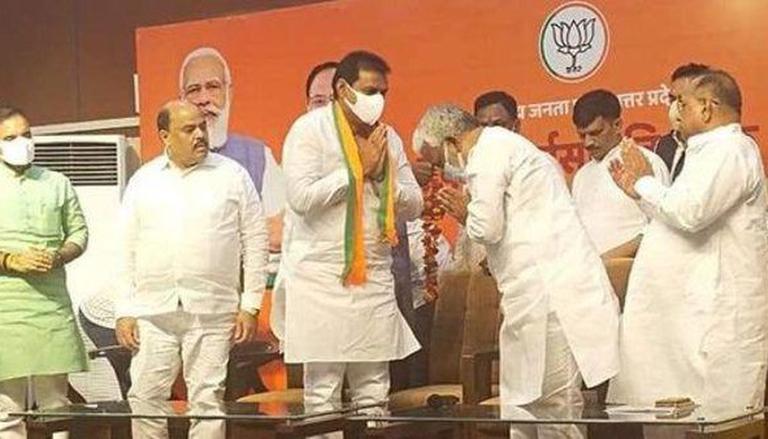 LUCKNOW: The BJP on Tuesday cancelled the membership of former BSP MLA Jitendra Singh Bablu, inducted in the party last week, following a complaint by sitting party MP Rita Bahuguna Joshi that he was allegedly involved in the torching of her house in 2009.

State unit president of the BJP Swatantra Dev Sing has cancelled the membership of Bablu, joint media incharge of the BJP Himanshu Dueby said in a press statement.

Expressing shock over the induction of Bablu, Joshi, who is the sitting BJP MP from Allahabad, had alleged that Bablu might have hidden the facts from the party leaders.

“In July 2009 when my house was set ablaze in Lucknow, he (Bablu) was in the forefront and he was found guilty during investigations,” Joshi, who was in the Congress at that time, had alleged.

“I believe that he has kept the party in the dark and joined the party. The doors of the BJP are open to all and I have full faith that the state unit president was not aware of his criminal background and that he is an accused in the housing burning case,” Joshi had alleged.

She had said she would talk to the state and central unit president of the party in this matter and appeal to them to end his membership.

Joshi’s house in Lucknow was set afire in 2009, when Bahujan Samaj Party chief Mayawati was the chief minister of the state, by alleged BSP supporters protesting over derogatory remarks against their party chief.