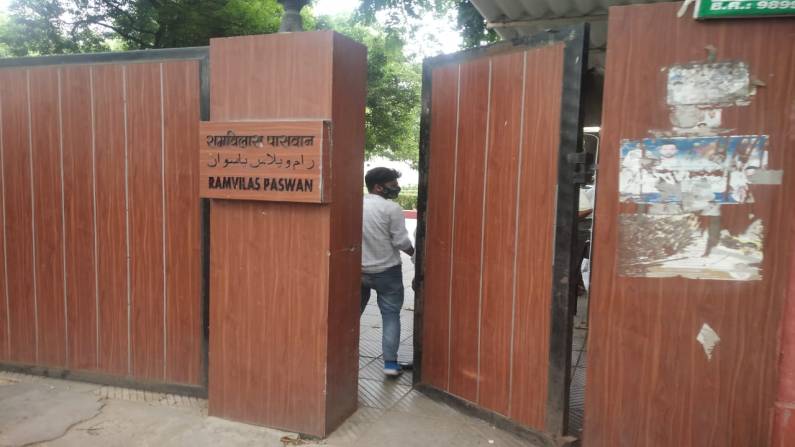 NEW DELHI: Lok Sabha MP Chirag Paswan and other occupants of the 12 Janpath bungalow have been issued an eviction notice by the Union Housing and Urban Affairs Ministry, asking them to vacate the accommodation that had been allotted to his late father and former Union minister Ram Vilas Paswan, officials said on Tuesday.

There was no response from Chirag Paswan on the development.

The bungalow has been the official address of the Lok Janshakti Party (LJP) which was regularly holding its organisational meetings and other related events there.

An official in the ministry said that the bungalow is earmarked for Union ministers and the occupants of the government accommodation have been asked to vacate it.

Ram Vilas Paswan, who was the Lok Janshakti Party patron, stayed at the bungalow for nearly three decades till his demise in October last year.

Presently, his wife, son Chirag Paswan and other family members have been staying there.

Last month, the notice had been issued by the directorate of estates that comes under the Union Housing and Urban Affairs Ministry.

“The eviction notice has been sent to the occupants of this bungalow, asking them to vacate it,” the official said.

Ram Vilas Paswan, one of the most prominent Dalit leaders of the country, had died at the age of 74 in October last year.

He was a minister in central governments headed by parties of contrasting ideological persuasions, ranging from the Janata Dal to the Congress and the BJP, since 1989.

Chirag Paswan is locked in a power tussle with his uncle Pashupati Kumar Paras for the LJP’s leadership.

Paras, an MP from Hajipur, was last month inducted in the Narendra Modi-led government and given the charge of the key Ministry of Food Processing Industries.