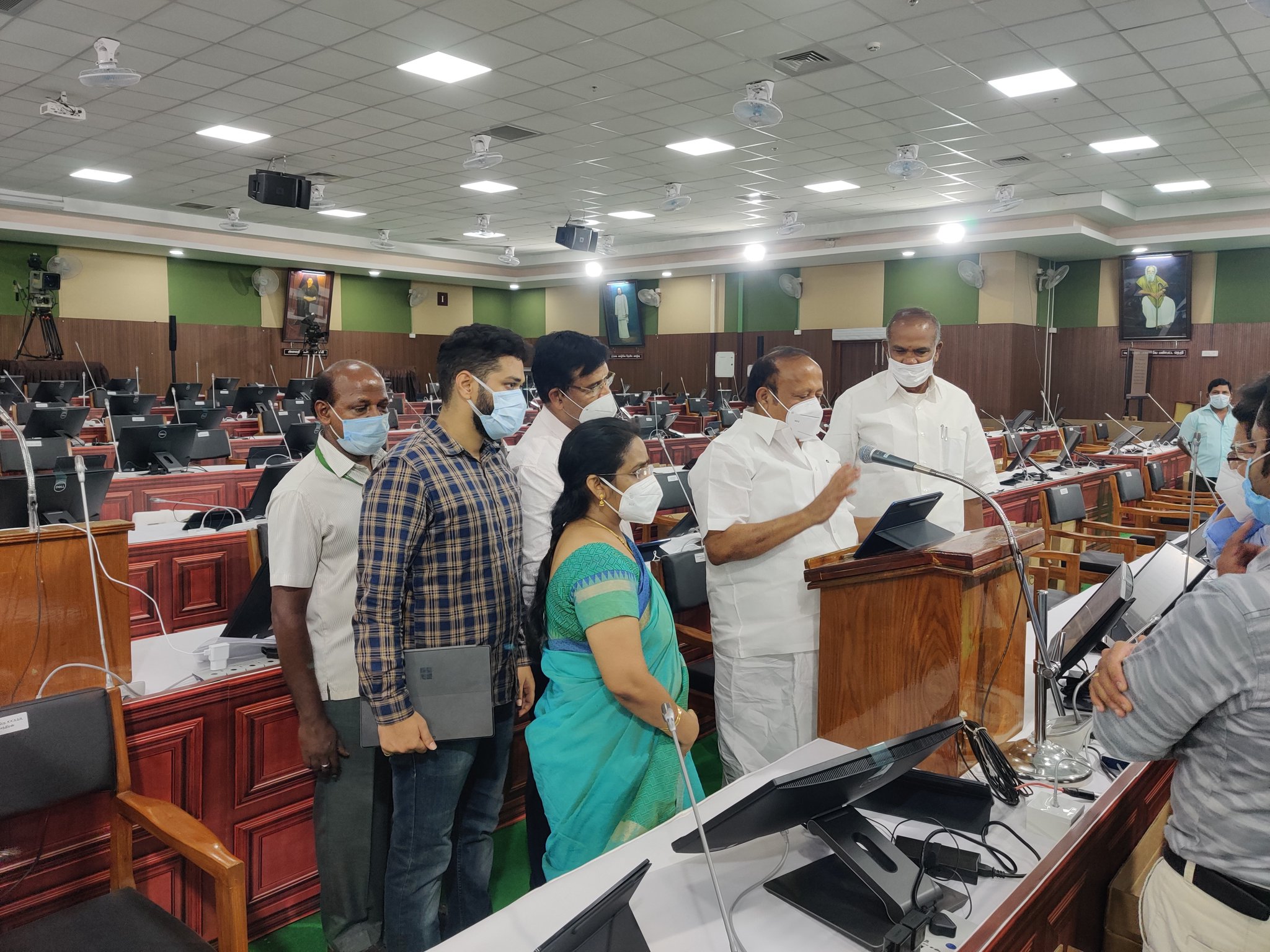 NEW DELHI: In sync with its poll promise, the DMK government on Saturday presented a budget in the Tamil Nadu Assembly exclusively for agriculture featuring schemes for the overall development of the farm sector, including one for self-sufficiency and farm growth in villages.

Presenting the budget, Minister for agriculture and farmer’s welfare, M R K Panneerselvam said the views of farmers and experts were sought and the budget was prepared based on their views.

“The agriculture budget is the aspiration of farmers. It is a dream of nature lovers.” This is the first time a separate budget for agriculture is presented in Tamil Nadu.

During 2021-2022, Rs.34,220.65 crore is provided for agriculture and related departments like animal husbandry, fisheries, dairy development, irrigation, rural development, sericulture and forest, he said. A sum of Rs 4,508.23 crore has been allocated to the state-run electricity entity, the Tamil Nadu Generation and Distribution Corporation for providing free of cost electricity to farm pump sets, he said. To bring prosperity to farmers and farm labourers in the Cauvery delta region, “it is proposed to declare this area as agro industrial corridor,” to promote agro based industries, he said. The previous AIADMK government had declared the Cauvery delta region, a protected agricultural zone.

The Minister said in regions such as Thanjavur, rice, pulses, banana, coconut are produced throughout the year. If rice and oil mills, coir units and pulse processing units (that use agricultural products of this region to produce value added products) are promoted, it would greatly contribute to the welfare of farmers and farm workers of delta region, he said. Panneerselvam said a scheme with a total outlay of Rs 1,245.45 crore to ensure overall agricultural development and self sufficiency in all villages of Tamil Nadu would be implemented.

Bringing fallow lands into cultivation, augmenting water resources, installation of solar powered pump sets, marketing of value-added farm produce, adoption of micro-irrigation and increasing milk production are among the objectives of the scheme.

Inputs for organic farming would be made available in Agricultural Extension Centres and among the several measures proposed under the scheme, farms would be certified as organic, he said.