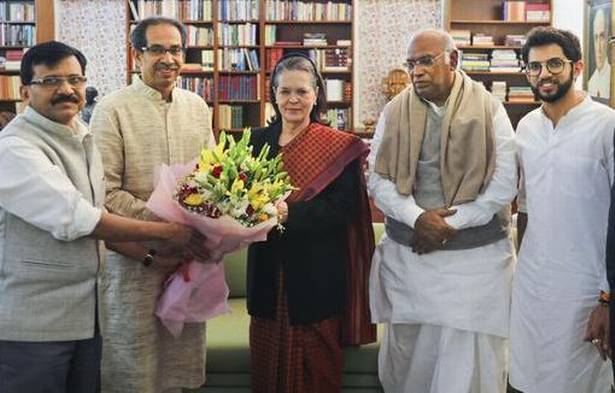 Confirming that the Congress leadership has convened a virtual meet next Friday, possibly in a bid to unite non-BJP parties, a senior DMK leader said, “We are expecting an official invite today (Friday). Probably it will be received by his (Chief Minister’s) office.”

The DMK chief has been following in the footsteps of his late father M Karunanidhi in inviting the Congress leaders to the state on various occasions and has always painted a picture of unity with them.

Congress is part of the Sena-led ruling coalition in Maharashtra, along with the Nationalist Congress Party.

In Bengal, an aide close of TMC supremo and Chief Minister Mamata Banerjee said the party is also “likely to join the meeting”.

The Congress President has called the meet in the midst of a political row over alleged phone tapping of opposition leaders, judges and journalists and rowdy scenes in Parliament. While the agenda of the meeting is not known, it is expected to discuss a raft of issues irking opposition parties besides helping build bridge to forge opposition unity.

The DMK, the NCP and the Jharkhand Mukti Morcha are among parties that have been invited, according to multiple sources. Banerjee, too, had last month, during a trip to Delhi, made a pitch for opposition unity.

On Thursday, the TMC came out against the suspension of the Congress’ Twitter handles, displaying what many saw as signs of a rekindling of a spirit of opposition unity. Banerjee’s advisor and political campaign pundit Prashant Kishor has also been reaching out to various opposition leaders, while Pawar has also held a meeting with eminent persons and opposition leaders.

Political analysts see these meetings as essential stepping stones to forging unity among political parties ahead of a raft of state assembly elections including in Uttar Pradesh, in the next three years leading to national elections in 2024.