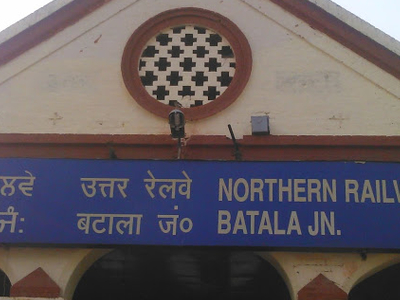 CHANDIGARH: Tript Rajinder Singh Bajwa and Sukhjinder Singh Randhawa, among the four Punjab ministers who raised a banner of revolt against Chief Minister Amarinder Singh, Saturday sought a meeting with him over the creation of Batala as a new district of the state.

In a letter to the CM, they wrote Batala is a historic town but did not get the “focus it deserved” and should be declared as the 24th district.

The two ministers also said that the historic towns of Fatehgarh Churian and Sri Hargobindpur should be made new subdivisions.

Amid the ongoing rift in the Punjab Congress unit, Bajwa, Randhawa and two other ministers — Sukhbinder Singh Sarkaria and Charanjit Singh Channi — and several party leaders had declared rebellion against the CM, saying they have lost faith his ability to honour the unfulfilled promises.

The four ministers, who wanted the CM to be replaced, had even met the AICC general secretary in Dehradun last month.

Bajwa and Randhawa Saturday said that founded in 1465, Batala was the oldest city of Punjab after Bathinda and also the eighth largest city in the state in terms of population where a Municipal Corporation was formed last year.

They sought a meeting with the CM to discuss this issue.

Underlining Batala’s rich history, they wrote, “Guru Nanak Dev, the first Sikh Guru, got married in this city on July 8, 1487. Gurdwara Dera Sahib and Gurdwara Kandh Sahib are adorned in his memory.”

They said Batala, after Lahore and Amritsar, was an important city of the Sikh empire during the reign of Maharaja Ranjit Singh.

“Apart from the historic Kali Dwara Mandir and Sati Lakshmi Devi Samadh, near this city is the historic site of Achal Sahib where Achaleshwar Dham is adorned in the memory of Lord Shiva’s son Kartik,” they wrote.

The ministers said, “From a cultural and literary point of view, there is no Punjabi across the globe who has not heard the name of the great Punjabi poet Shiv Kumar who added Batalvi to his name thereby adding to its eminence.

In this article:Batala, Congress, Punjab