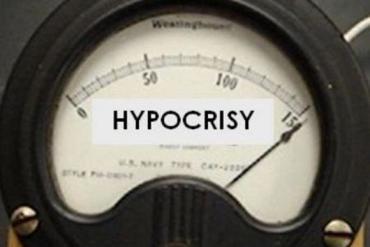 Finally India responded to Taliban though Indian Ambassador at Doha.It demands for further analysis of Talibanism.

Taliban were dreadful rulers when they last ran Afghanistan. If they have learned from their mistakes and run it better this time, jihadists everywhere might see it as a beacon

Anywhere there is some precious minerals and oil either needs a democracy or their way of life is a threat to the rest of the world. This is how it all works.Since US influence is still there from Doha,question is , where will be next USs conquest? Where next for the western allies to destroy ? Good that their henchman Syed Ali Shah Geelani, the ideologue of terror in Kashmir,is dead.

Gita says, you were not here before, nor you will be here in future.The place where you had no existence or in future you will have no existence, why to lament.So O Arjuna, don’t cry, don’t lament which had never been yours or not will be yours. Of course this shloka is not for anything else but for the soul.Success is not final, failure is not fatal: it is the courage to continue that counts.But ,ironically,Indian Psyche and Phylosophy is Middle Path:Not Right Or Left.

Droning Disasters:An US Strike on Kabul.I
must commend Naseeruddin Shah. Among a flood of Muslim celebrities in Bollywood,only one has the nerve to utter truth.His statement is important since all in power are silent about Taliban and Islamic fundamentalism.

Coming together is a beginning, and keeping together is progress; working together is success.Journalism shouldn’t be used as a weapon to hunt others.It should function as a tool kit to repair the problems of society and system.But India is maintaining a conspicuous silence and has now begun speaking to Talibans !

Isn’t it weird, unreal to expect to read the new book he wrote,after Gerbiel Garcia’s death? I loved reading any of Marquess articles.I still read it with eagerness if someone wrote something about this great author.A few days ago I read an excerpt of one of his books and was thrilled to read the article.The book from which it was taken is ′A Farewell To Gabo And Mercedes: A Son’s Memoir ′ by Garcia.     

Reading the part made me feel like I was reading something written by Markaz. Why is it so good to read Markaz’s writing?There are authentic, bloody people and their reality.Dreams, reality and stories all come together in the creation of Markaz.

What’s the point? Does story come out of life or does life imitate story? Then came the language.Actually, it can’t even be said after that.The language keeps on clinginging.It can’t be an external thing. There are two things-experience and memories.Can experience and memory be seen different from one to another?If there is no experience,where will his memory come from,and what is the meaning of that experience which is not engraved in memory? This is how you will move forward in a simple pace.

Today is the birth anniversary of Rahi Masoom Raza who lived for only 65 years and left his impression on Indian Literature and life for centuries.I had the honour of visiting his village over two decades ago.A great progressive author.Inspired by great authors,I must have written about hypocrisy in the field of literary practice a number of times.But unfortunately,the practice is on.Now I am thinking of projecting it in public forums in relation to India’s Taliban Policies. Indian authors and so called intellectuals are now maintaining a dignified distance from present international reality !