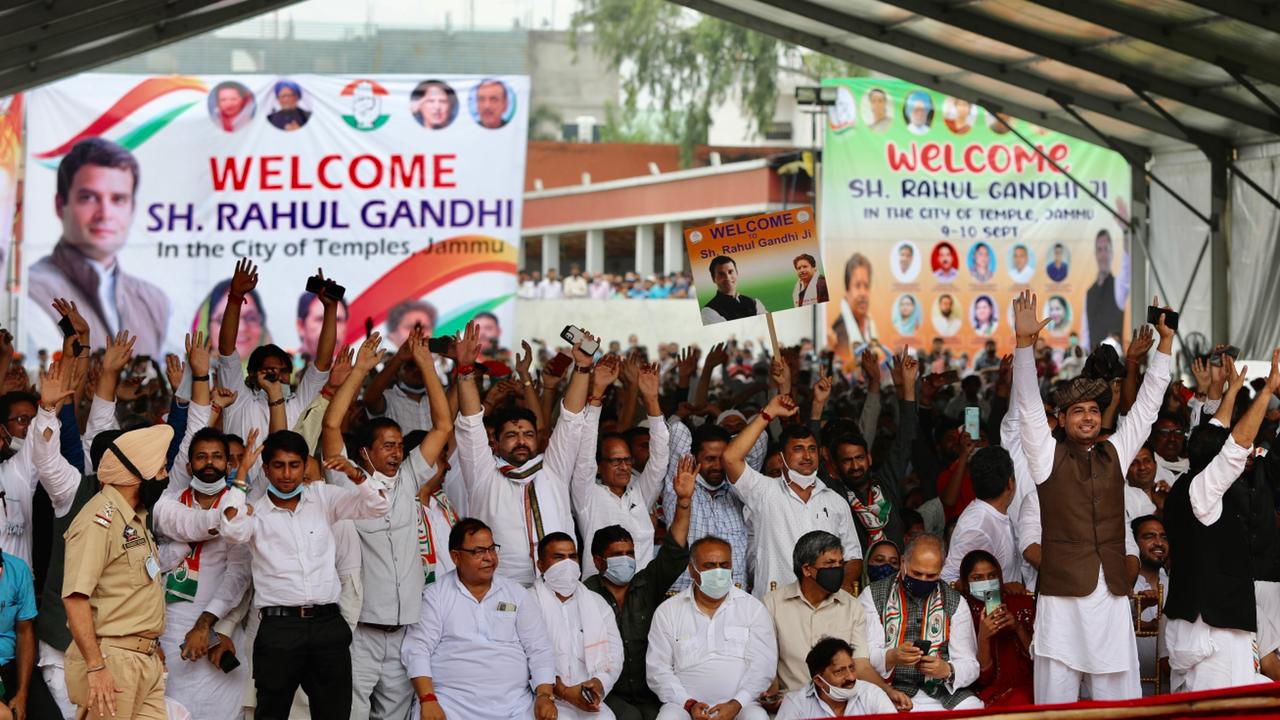 NEW DELHI: Congress leader Rahul Gandhi on Friday reached out to displaced Kashmiri Pandits, saying he and his family belong to this community, and promised them all help.

He also accused the BJP and the Rashtriya Swayamsevak Sangh (RSS) of trying to break the composite culture of Jammu and Kashmir, and said both the organisations are “ruining” the love and brotherhood that exists among the people of the Union Territory.

“I told my Kashmiri Pandit brothers that I will show by helping you. I do not tell lies,” Gandhi said while addressing Congress office-bearers and workers at a party function here on the last day of his two-day visit to Jammu.

He said that he himself belongs to the Kashmiri Pandit community and feels their pain.

“Today morning, a delegation of Kashmiri Pandit brothers had come. When the members of the delegation were talking to me, it came to my mind that I am also a part of this community,” Gandhi said.

He said that his family belongs to the Kashmiri Pandit community.

Kashmiri Pandits were forced to flee from the Kashmir Valley to Jammu and other states in the early 90s soon after the outbreak of militancy in the region.

The Congress leader said that whenever he comes to Jammu and Kashmir he feels at home.

“I had said in Srinagar that whenever I come to Jammu and Kashmir I feel that I have come home. Yesterday, I had gone to offer prayers at the Mata Vaishnodevi temple (in Reasi district) and I felt at home,” he said.

“Jammu and Kashmir, which was a state, but now is a Union Territory, has a very old relation with my family,” said Gandhi.

On the first day of his visit to Jammu on Thursday, Gandhi had paid obeisance at the cave shrine of Mata Vaishnodevi after undertaking a 13-km-long foot yatra.

Last month, Gandhi had offered prayers at one of the biggest temples of Kashmiri Pandits — the Mata Kheerbhawani temple in Ganderbal district in the Kashmir Valley.

This is Gandhi’s second visit to Jammu and Kashmir in the last one month, and he has said that he will also go to Ladakh in the coming days.