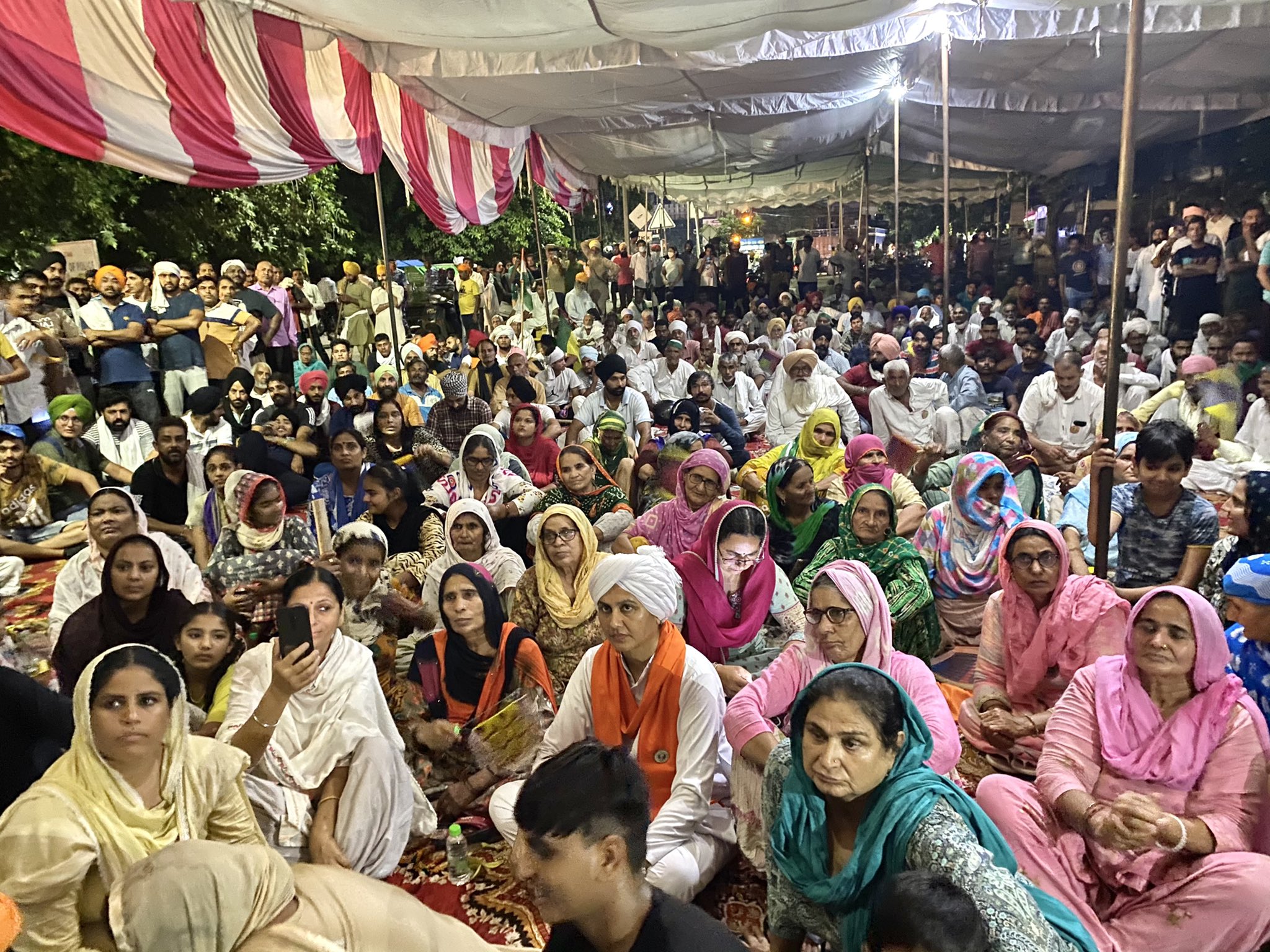 CHANDIGARH: The Haryana government on Saturday ordered a judicial probe into last month’s clash between farmers and police and sent the IAS officer who is at the centre of a row over his remarks on leave. Following this, farmers called off their sit-in outside the Karnal district headquarters.

Haryana Additional Chief Secretary Devender Singh said the probe will be conducted by a retired judge and will be completed within a month. Former SDM Ayush Sinha will remain on leave during the time, he said.

A joint press conference by Haryana government officials and farmer leader Gurnam Singh Chaduni was held in Karnal after both sides reached an agreement, leading to the ending of the stand-off.

There was an indication of a possible ending of the impasse between the farmers and the Karnal administration on Friday evening itself as after a marathon meeting both sides had said that it was held in a cordial atmosphere.

At the joint press conference, farmer leader Chaduni said they will call off their sit-in outside the Karnal district headquarters.

About 10 protesters were hurt in the clash with police in Karnal on August 28 when they tried to march towards the venue of a BJP meeting. Sinha, a 2018-batch IAS officer was caught on tape allegedly telling policemen to “break the heads” of farmers if they cross the line.

Following the incident, farmers had been demanding the suspension of Sinha. On September 2, he was transferred out of Karnal and posted as additional secretary of Citizen Resources Information Department.

Haryana Additional Chief Secretary Devender Singh on Saturday said the meeting between farmer leaders and the government officials was held in a positive atmosphere.

He said the Haryana government will get a judicial probe conducted into the August 28 incident by a retired judge of the high court. The probe will be completed within a month and Sinha will remain on leave during the time, Singh added.

The additional chief secretary also announced that jobs would be given to two family members of a farmer, who, the protesters claimed, died after being injured during the lathi charge. The administration had earlier rejected this allegation.

“The Haryana government will give jobs to two family members of deceased farmer Satish Kajal under sanctioned posts at DC rate in Karnal,” Singh announced.

Dubbing the farmers as “our brothers”, he said it was a “respectable agreement”.

About former SDM Sinha, farmer leader Chudani said farmers had demanded that an FIR be registered against him and the police personnel involved in the August 28 incident.

However, advocated opined that there could be chances of cancellation or quashing of an FIR by the high court if the administration registers it, he said.

“But if the FIR is registered after a retired judge of the high court held an inquiry, there is neither any chance of its cancellation nor of influencing the probe.”

On Thursday, Home Minister Anil Vij said the government was ready for a probe into last month’s clash but warned that farm leaders too could face action if they were found to be at fault. He had offered an “impartial” inquiry into the “entire Karnal episode”.

The Samyukt Kisan Morcha had earlier said a murder case should be registered against Sinha over his alleged remarks. A mahapanchayat was held in the city and then the dharna began on Tuesday evening after an earlier round of talks between district officials and the farm leaders “failed”.