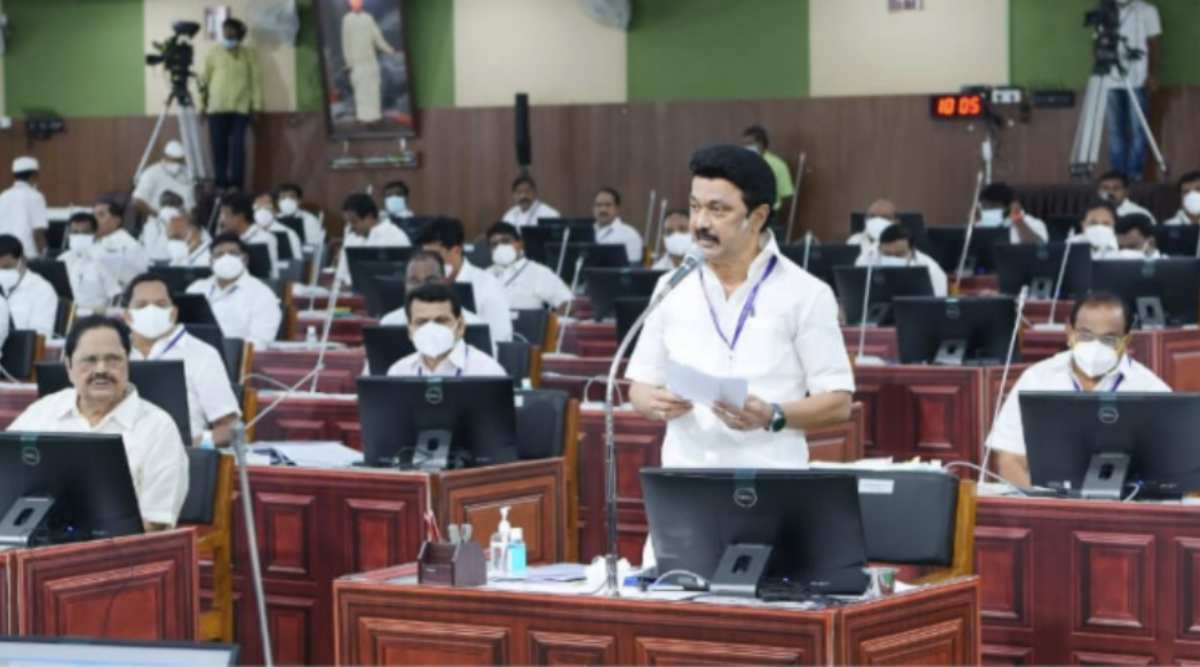 CHENNAI: The Tamil Nadu Assembly on Monday passed a bill to dispense with the National Entrance-cum-Eligibility Test (NEET) and provide for admission to medical courses based on Class XII marks to ensure social justice, as the death by suicide of a medical aspirant fearing outcome of the test he was to take echoed in the House with the main opposition AIADMK targeting the government over the incident.

Chief Minister M K Stalin introduced the Bill and all parties, including the main opposition AIADMK and its ally PMK, besides others like Congress, supported the bill, which seeks to provide for admission to UG courses in medicine, dentistry, Indian medicine and homeopathy on the basis of marks obtained in the qualifying examination, (Class XII).

The opposition BJP staged a walkout, protesting against the government move.

Earlier, as soon as the House convened, Leader of the Opposition K Palaniswami referred to the death by suicide of 19-year old Dhanush in his native Salem district on Sunday and targeted the government on the matter.

He said that though the DMK had promised “cancelling” NEET, it was not done and several students had not prepared well. Some of his remarks were expunged by Speaker M Appavu. Palaniswami sought a job for a person from the family, besides cash assistance.

The opposition party MLAs, who came to the House wearing black badges, staged a walkout, led by Palaniswami.

On Sunday, hours before he was to appear for NEET for a third time, 19-year old Dhanush, belonging to a village near Salem, died by suicide, fearing the outcome of the test he was to take.

The incident triggered a blame game with the AIADMK holding the DMK regime responsible for the death and the state government targeting the Centre.

Stalin, replying, said NEET was conducted for the first time in Tamil Nadu when Palaniswami was the Chief Minister and it was not held even when the late J Jayalalithaa was the CM.

Recalling the death by suicides of students, including S Anita in recent years, he said all these happened when Palaniswami was the CM.

The student, Dhanush, who took the extreme step, could not clear the exam twice when the AIADMK was in power.

Stalin also targeted the AIADMK over rejection of Bills enacted during its regime in 2017 to get the state exempted from the ambit of NEET and also for hiding it from the House.

Stalin introduced the Bill and appealed to all to support it for social justice, indicating that the present initiative would be fully different from what was done before during the AIADMK regime.

The Bill, referring to recommendations of a high-level committee, said the government has decided to enact a law to dispense with the requirement of NEET for admission to UG Medical degree courses and to provide admission to such courses on the basis of marks obtained in the qualifying examination, through “Normalisation methods”, to ensure “social justice, uphold equality and equal opportunity, protect all vulnerable student communities from being discriminated and bring them to the mainstream of medical and dental education and in turn to ensure a robust public health care across the state, particularly the rural areas.”

Stalin, who welcomed the support of the main opposition party to his government’s move on NEET, recalled that in the past, when the DMK was in the opposition, it supported the then AIADMK government on the issue of jallikattu, the bull-taming sport.

BJP’s Nainar Nagenthiran insisted NEET had its benefits like increased pass percentage and led his party’s walkout protesting against the bill.