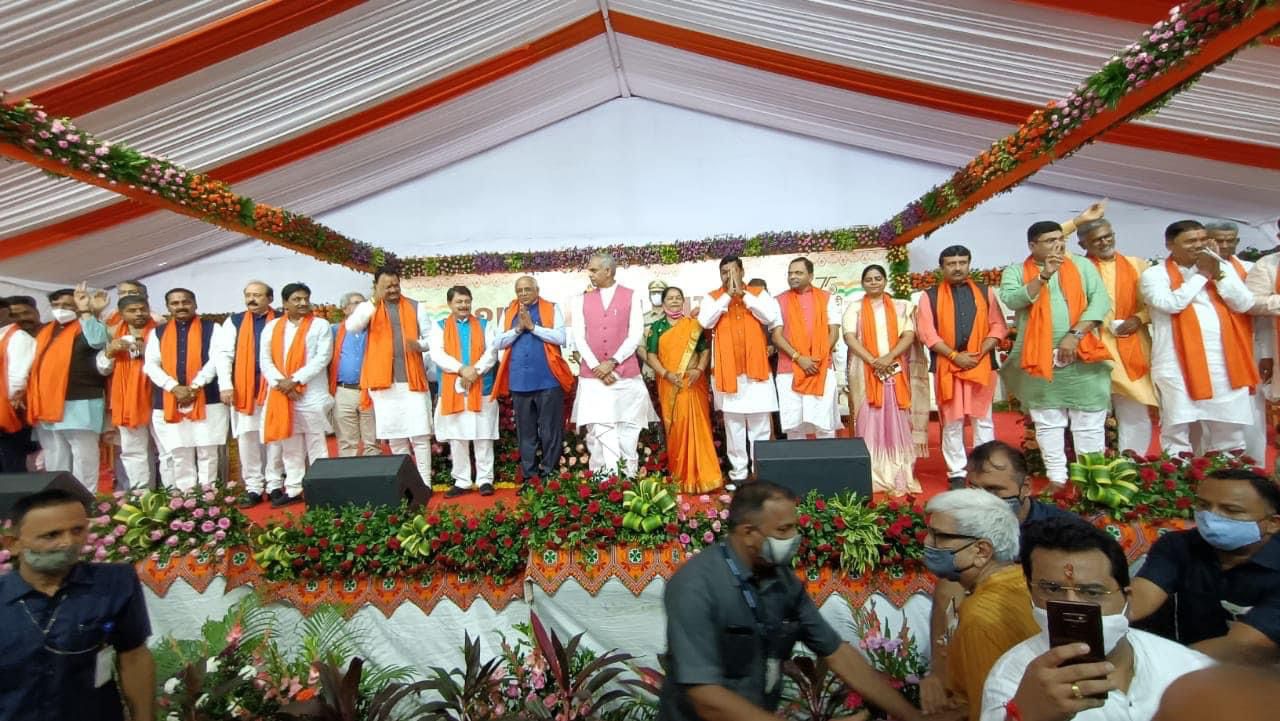 NEW DELHI: Gujarat Chief Minister Bhupendra Patel kept the portfolio of the Home Ministry along with several other departments while Kanu Desai has been made the Finance Minister in the newly formed cabinet of Thursday.

A total of 24 ministers took oath on Thursday as part of the Gujarat Cabinet’s swearing-in ceremony. Gujarat Governor Acharya Devvrat administered the oath to the newly inducted ministers at Raj Bhawan in Gandhinagar.

Besides Home, Bhupendra Patel held the portfolios of Administrative Reforms and Planning, Housing and Police Housing, Information and Broadcasting, Capital Planning, Urban Development and Urban Housing, Industry, Mines and Minerals, Narmada, Ports and other departments that are not allotted to any Cabinet Minister. Kanubhai Desai has been given the responsibility of the Minister of Finance, Energy and Petrochemicals. Rajendra Trivedi has been allotted the Department of Revenue, Disaster Management, Law and Justice, and Statutory and Parliamentary Affairs.

Jitu Waghani will take over as the Education Minister while Rushikesh Patel has been assigned the portfolio of Health and Family Welfare, Medical Education and Water Resources and Water Supply. Purnesh Modi has been made the Minister for Roads and Transport while Raghavji Patel will take charge as the Minister of Agriculture.

Kirit Singh Rana was appointed as Forest and Environment Minister while Naresh Patel has been assigned the portfolio of Tribal Development, Food and Civil Supplies and Consumer Protection. Pradipsinh Parmar will take charge of the Department of Social Justice and Empowerment. Arjun Singh Chauhan will take over as Rural Development Minister, Harsh Sanghvi as Sports Ministry (Independent Charge) and Manishaben Vakil as Women and Child Welfare minister.

Nimaben Bhaveshbhai Acharya has been made Gujarat Assembly Speaker after Rajendra Trivedi resigned from the post and was inducted into the new cabinet.