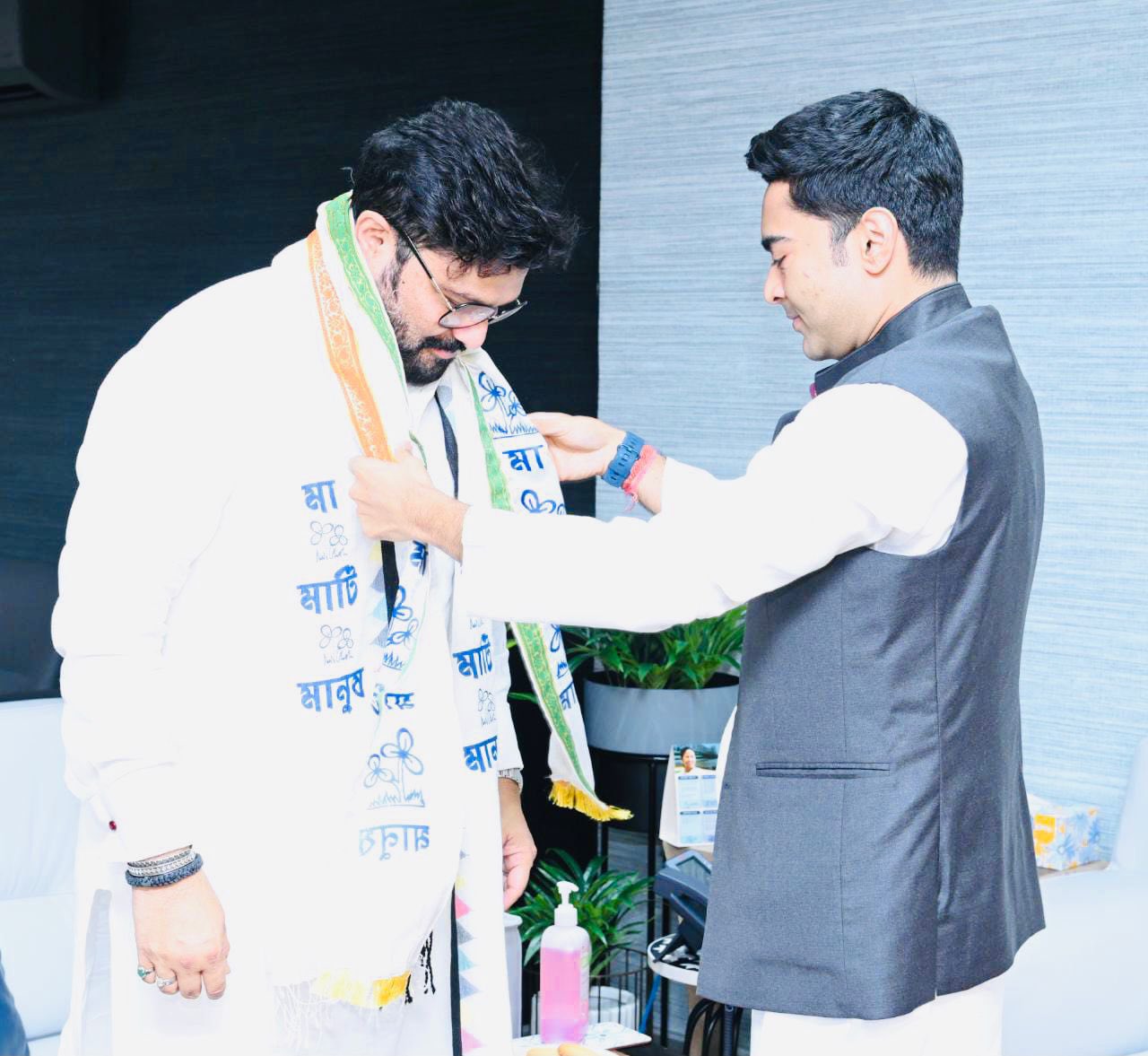 NEW DELHI: Within minutes after severing his umbilical ties with the BJP and joining arch-rival Trinamool Congress, Asansol MP Babul Supriyo made it clear on Saturday that he will not keep any links with his erstwhile political party anymore and resign from parliament as well.

The former union minister also said that his resigning from active politics was a result of his utter disillusionment and now he with an open mind is ready to accept the opportunity that has come his way.

“I want to make one thing clear that I will not hang on to the things that don’t belong to me.

“I shall definitely resign as the MP from the Parliament and that you will come to know within two or three days.

We take this opportunity to extend a very warm welcome to him! pic.twitter.com/6OEeEz5OGj

“I shall go by the rulebook. I have some ethics that I have followed all through my life,” Supriyo told the media a few minutes after joining Trinamool Congress at Abhishek Banerjee’s office in Camac Street in South Kolkata on Saturday afternoon.

Making it clear that there was no hypocrisy in his announcement that he wanted to retire from active politics, the well-known singer said, “I have worked tireless for the people of Asansol fro seven years and that everyone will admit.

“You all know what is the power and responsibility of a Minister-of-State is but despite that I had worked tirelessly for the development of Asansol. I never wanted to make anyone feel that I am a newcomer and have answered all the questions in the parliament.

“But suddenly I could see everything was coming to an end. There was a full-stop.

“Believe me or not this was an opportunity that suddenly came to me. Four days before I spoke to Derek (O’Brien) regarding the admission of my daughter and then the conversation started.

“I had a discussion with Didi (Mamata Banerjee) and Abhishek Banerjee and they offered me something (I won’t say the details now) that was enough to satisfy my demand to work for the people of Bengal. It was difficult to say ‘No’ to it,” he added.

When asked whether he joined Trinamool to take revenge, the former union minister said, “I don’t believe in the idea of taking revenge. When I had said that I wanted to retire from active politics I did it from the core of my heart and believe me half of my household things have already arrived in Kolkata.

“It was from a disillusionment and I never knew that I would get this opportunity. Now that I have got this opportunity, I wanted to accept it from the bottom of my heart. When I was in BJP I worked for the people, now I am in Trinamool I shall do the same thing”.