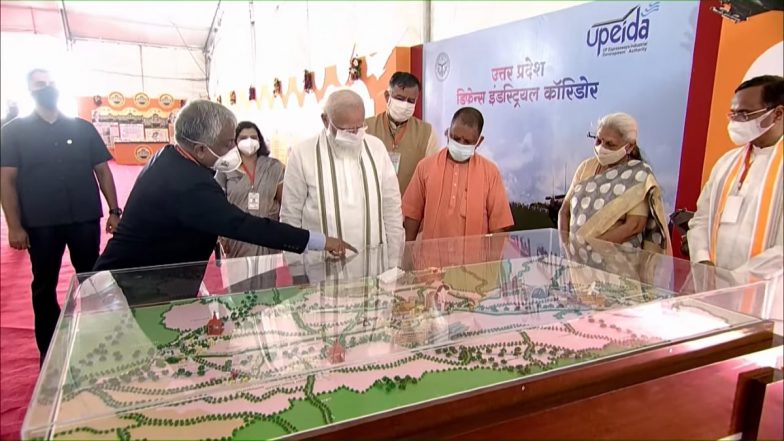 Prime Minister Narendra Modi recently laid the foundation of a university named after a great freedom fighter Raja Mahendra Pratap who hailed from Uttar Pradesh (UP) and established a Provisional Government of India in Afghanistan with him as President and Maulana Barkautallha as Prime Minister and Habidulla as Home Minister. Their objective was to start Jihad against the British regime and make India free from Colonial rule.

Mahendra Pratap’s property was confiscated and handed over to his son by taking an undertaking from him that he would remain loyal to the British emperor, the King George V. He did so. Mahendra Pratap went to the erstwhile Soviet Union as the guest of the Soviet regime under the leadership of Lenin.

He interacted with him and even Trotsky. He also visited Germany, Japan and several other countries to get help for freedom of India. He was in touch with Mahatma Gandhi throughout the period during which he was working abroad for the cause of India’s independence. Gandhi disagreed with his method but hailed him as a brave patriot.

He supported Netaji Subhash Chandra Bose and after Japan was defeated in the second world war he was arrested by the US Occupation forces and jailed in Japan. He wrote a letter to Mahatma Gandhi, through Red Cross, requesting him to urge upon Nehru Govt to approach Japan for his release. Eventually, he was released.

He was critical of the Congress party and Nehru Govt. He contested general elections in 1957 and was elected to the Lok Sabha by defeating Atal Bihari Vajpayee. In 1960 the Nehru Govt enacted legislation, Mahendra Pratap Estate Abolition Act of 1924, to ensure that the obnoxious legislation of 1924 got repealed. It was done and MPs cutting across party lines paid rich tributes to him for his fight for independence of India.

In 1929 he wrote a letter to Gandhi and outlined the idea of non-violence. He wrote, “Ahimsa, as I understand it, is not to give pain to anybody in mind or body by one’s thought, talk or action. However, to be a follower of this principle does not stop here. A follower of ahimsa has to change all those conditions under which himsa is practised or becomes possible. I call it worst kind of himsa, opposite of ahimsa, when a man tolerates or aids himsa of others.

Many people in India today deliver some very fine sermons on the beauties of ahimsa; however, they do little to destroy the himsa of the British.

Such a great freedom fighter is part of the folklore of western Uttar Pradesh. He was progressive and forward looking and suffered a lot during British rule. He talked about world federation for world peace and wrote that India could be a leader for establishing world federation. In that context he said that coexistence of all faiths, religions, and harmony based on diverse creeds would be critical for world federation.

He said so in Lok Sabha while participating in the discussion on motion of thanks on President’s Address in 1959. It is tragic that the problems faced by Mahendra Pratap during British regime are being faced by Indians who are standing for Hindu – Muslim fraternity, expressing dissent. and protesting against legislations enacted without consulting stakeholders and imposed on people. Raja Mahendra Pratap’s properties were confiscated after he faced sedition charges following his heroic and historic action to form the Provisional Government of Hind in Kabul in 1915. When people in UP protested against CAA the Yogi government confiscated the properties of protestors and put their names on the boards which were placed in prominent places of UP. Later because of court orders those were withdrawn.

The foundation of the Raja Mahendra University was laid because he hailed from Jat Community and Modi regime is trying to appease that community which is now spearheading farmers’ agitation in western UP against three farm laws. Mahednra Pratap had said in the Lok Sabha in 1958 that he happened to be Jat because of his birth in that community. But he added that that the Jat community in which he was born remained more aligned to Jat Sikhs than any others.

So the reduction of a great freedom fighter to his caste identity just to appease Jats of western UP and get their votes constitutes violence to his contributions to the freedom struggle and freedom of India.