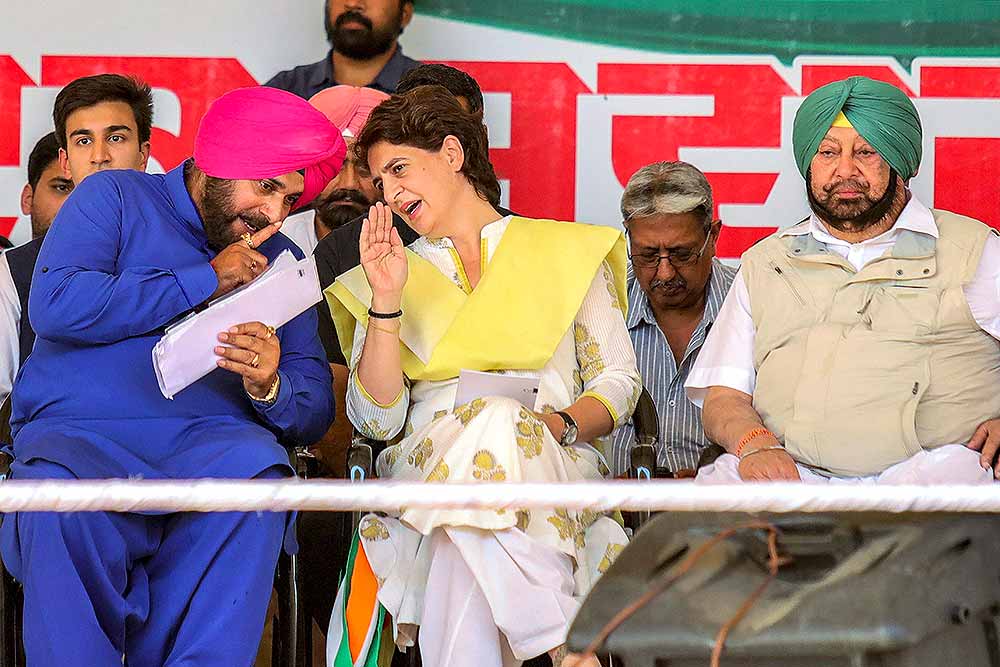 Amarinder Singh had resigned as the Punjab CM recently amid infighting in the state Congress and had called Sidhu “anti-national” and “dangerous”.

In a series of interviews, Singh said he will fight Sidhu’s elevation to the Punjab chief ministership “tooth and nail”, adding that he was ready to make any sacrifice to save the country from such a “dangerous man”.

Amarinder Singh said he will pit a strong candidate against the PPCC president in the 2022 Assembly polls to ensure his defeat, according to a statement.

Singh said he had even told Congress president Sonia Gandhi that he was ready to hang his boots and allow someone else to take over as the CM after leading the Congress to another sweeping win in Punjab.

“But that did not happen, so I will fight,” he asserted.