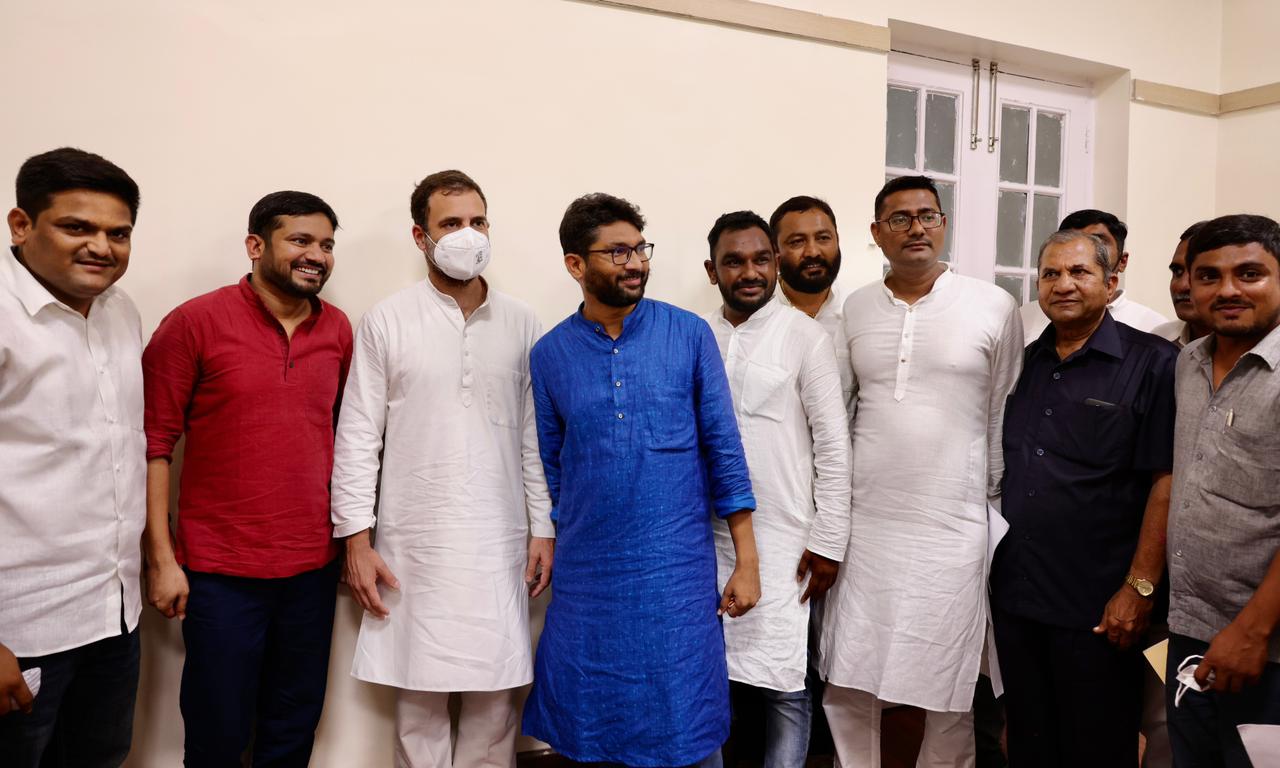 Gujarat Dalit leader and Independent MLA Jignesh Mevani has also come out in support of the party, they said.

Kumar had joined the Communist Party of India (CPI) ahead of the 2019 Lok Sabha election and had unsuccessfully contested from Begusarai in Bihar against Giriraj Singh of the BJP.

Mevani, who is currently a legislator in Gujarat and represents the Vadgam constituency, is the convener of the Rashtriya Dalit Adhikar Manch (RDAM).

He is a lawyer-activist and a former journalist. Mevani’s entry into the Congress comes at a time when it is wooing the scheduled castes community after handpicking the first Dalit chief minister of Punjab.

Charanjit Singh Channi succeeded Amarinder Singh as chief minister of Punjab, seen as a bold step by the party for wooing back the scheduled castes, traditionally considered the vote bank of the Congress.

However, the party suffered a fresh setback in Punjab on Tuesday when state Congress chief Navjot Singh Sidhu resigned.