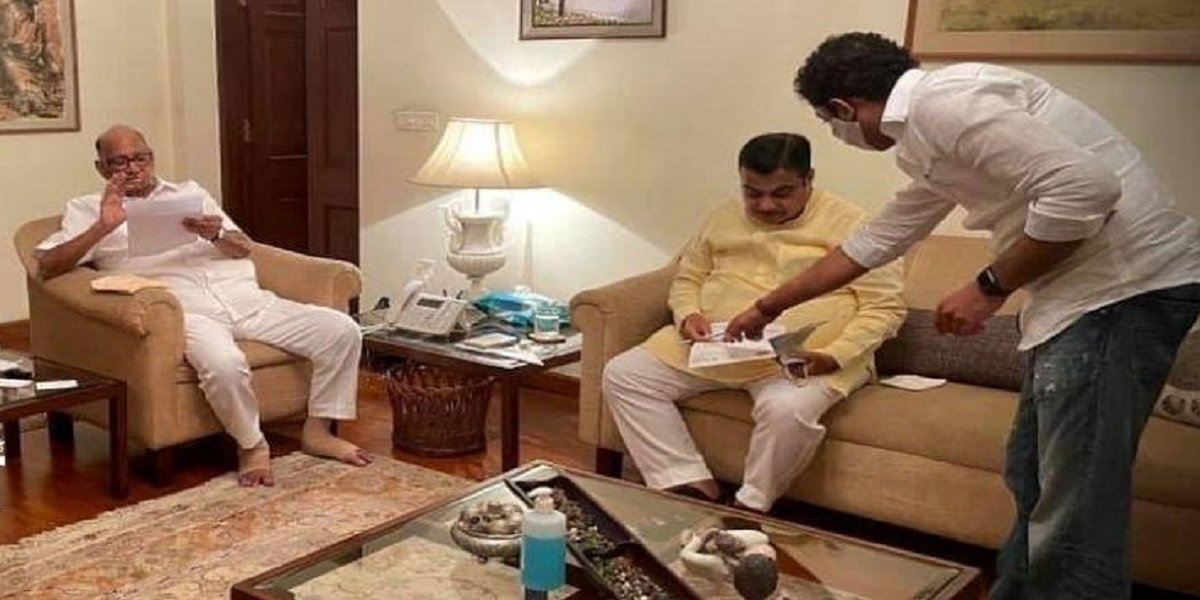 The two leaders from rival parties shared the dais at a function at Ahmednagar in Maharashtra.

“I am attending this function because I was told that Gadkari was going to inaugurate many projects in Ahmednagar which would solve long-pending issues of the city, and he wants me to be present,” Pawar said.

Very often nothing happens once the stone-laying ceremony takes place for a project, the NCP leader said, adding, “But when it comes to Gadkari’s projects, within a few days of the function one sees the work starting.

“Gadkari is a great example of how a people’s representative can work for the development of the country,” Pawar added.

“I remember that before Gadkari took over this responsibility (of the ministry of road transport and highways), about 5,000 km of work had been done. But after he took over, the figure has crossed 12,000 km,” the NCP chief said.

The former Union agriculture minister advised farmers in the region that the use of sugarcane will not remain limited only to sugar production and they should think of it as the raw material for ethanol too.

“I suggest (Maharashtra Rural Development Minister) Hasan Mushrif to think of focusing on water conservation in Ahmednagar district,” he said.

Mushrif, an NCP leader who is also the guardian minister of this parched district, was present at the function.

In this article:Nitin Gadkari, Sharad Pawar