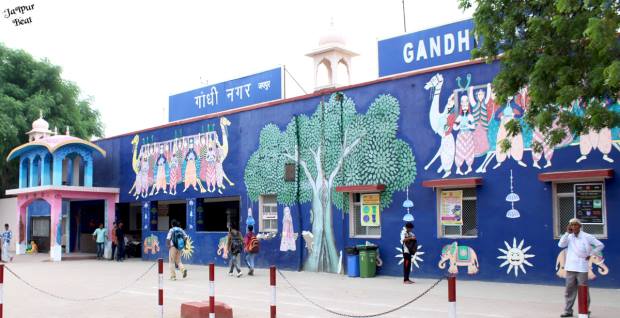 JODHPUR: As many as 150 railway stations will be redeveloped while 300 will be connected with a high speed corridor, said Railway Minister Ashwini Vaishnaw here on Saturday.

Prime Minister Narendra Modi has given me this responsibility and my father has wished me to bring smiles on the faces of each passenger. I would try my best to rise to the expectations of both, he said during the foundation-laying ceremony for a building at a railway station here.

It was Vaishnaw’s first visit to Jodhpur after assuming the charge of the railway minister.

As many as 150 railway stations will be redeveloped in entire country, of which,eight stations in Rajasthan will be developed in first phase, he said.

He said the eight station to be redeveloped in the state are Jaipur, Gandhinagar (Jaipur), Jodhpur, Ajmer, Udaipur, Jaisalmer, Bikaner and Abu Road (Sirohi).

He further said 300 stations will be connected with a high speed corridor.

He said the work on the electrification of rail lines is under progress at a fast pace and it would be completed in the next a year and a half.

“Electrification would lead to the realisation of Atma Nirbhar Bharat,” he said.