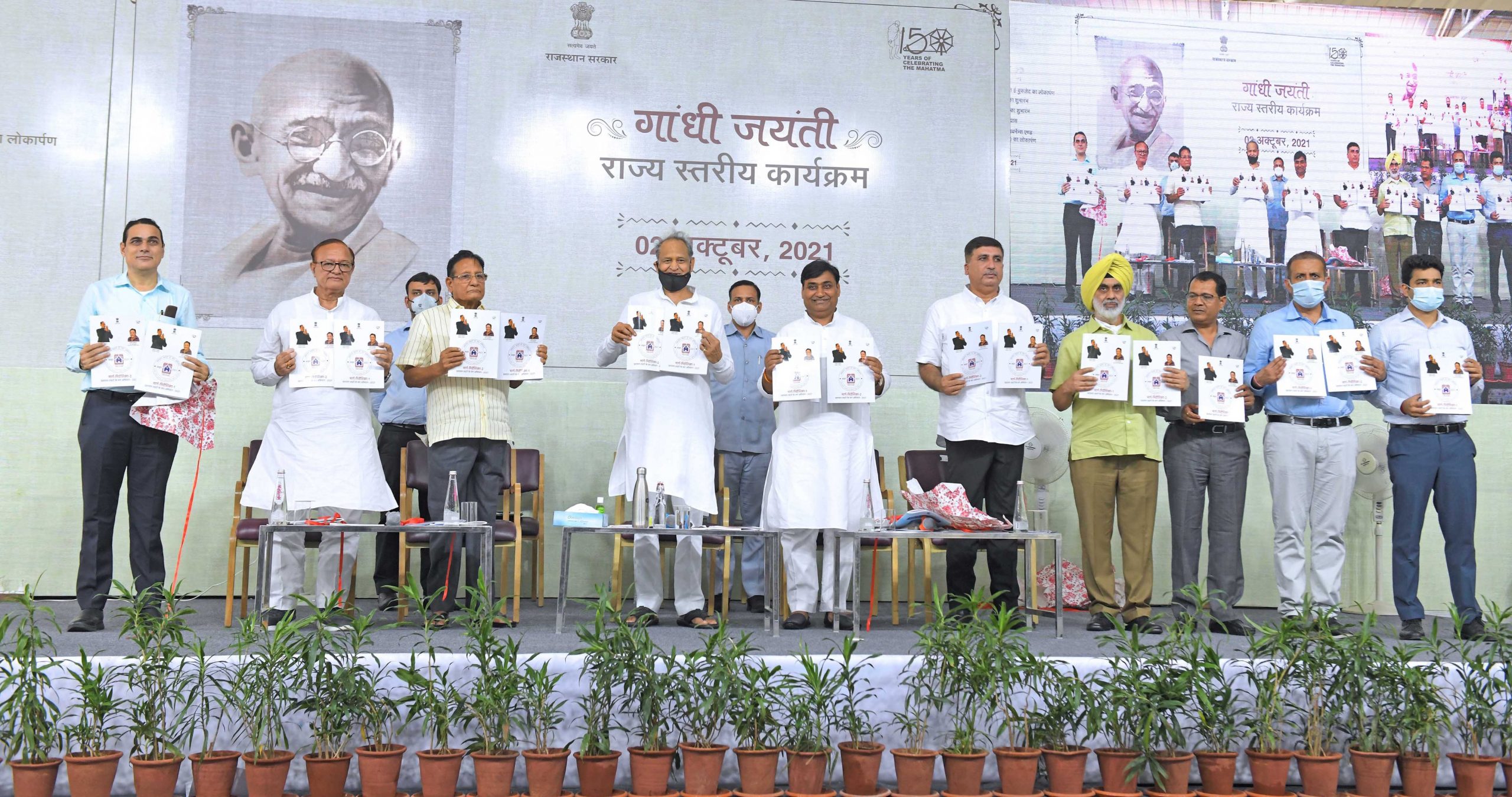 JAIPUR: Rajasthan Chief Minister Ashok Gehlot on Saturday launched ‘Prashasan — Shahron Ke Sang’ and ‘Prashasan — Gaon Ke Sang’ campaign under which various relaxations will be given to people, including allocation of land lease.

He also virtually laid the foundation stone of Gandhi Darshan Museum and dedicated the Mahatma Gandhi Institute of Governance and Social Sciences at Jaipur on the occasion of Gandhi Jayanti.

The museum will be built in Central Park while research work related to Mahatma Gandhi will be conducted in the institute built at Rs 1.07 crore in Kanak Bhawan.

In a state-level function held at his official residence, Gehlot said the state government has decided to provide relief to the poor by giving them pattas’ (land lease). He expressed hope that the campaigns will be successful with public participation.

On the occasion, he also handed over land lease documents to five beneficiaries.

The state government is dedicated to the public welfare. In the last three budgets, our government has announced many schemes and programs for unemployed youths, farmers and the backward and deprived classes of people. A separate budget will be presented for the farmers from next year, he said.

Gehlot said out of 31 months of the Congress government, about 18 months was spent in dealing with the challenge of corona and elections.

Referring to the conduct of the Rajasthan Eligibility Examination for Teachers, Gehlot said on the state government call, people came forward and cooperated in arrangements for the food for candidates who appeared in the exam.

He said the state government’s Covid management has also been appreciated in the country and abroad.

Urban Development and Housing Minister Shanti Dhariwal said the rules have been simplified to provide maximum relief to the common man in the campaigns.

He said different coloured pattas’ (land deed documents) will be given to the beneficiaries according to the land use.

He said the application can be made both online and offline.

Principal Revenue Secretary Anand Kumar and Principal UDH Secretary K L Meena presented the outline of the work to be done under the two campaigns.

In this article:Ashok Gehlot, Rajasthan