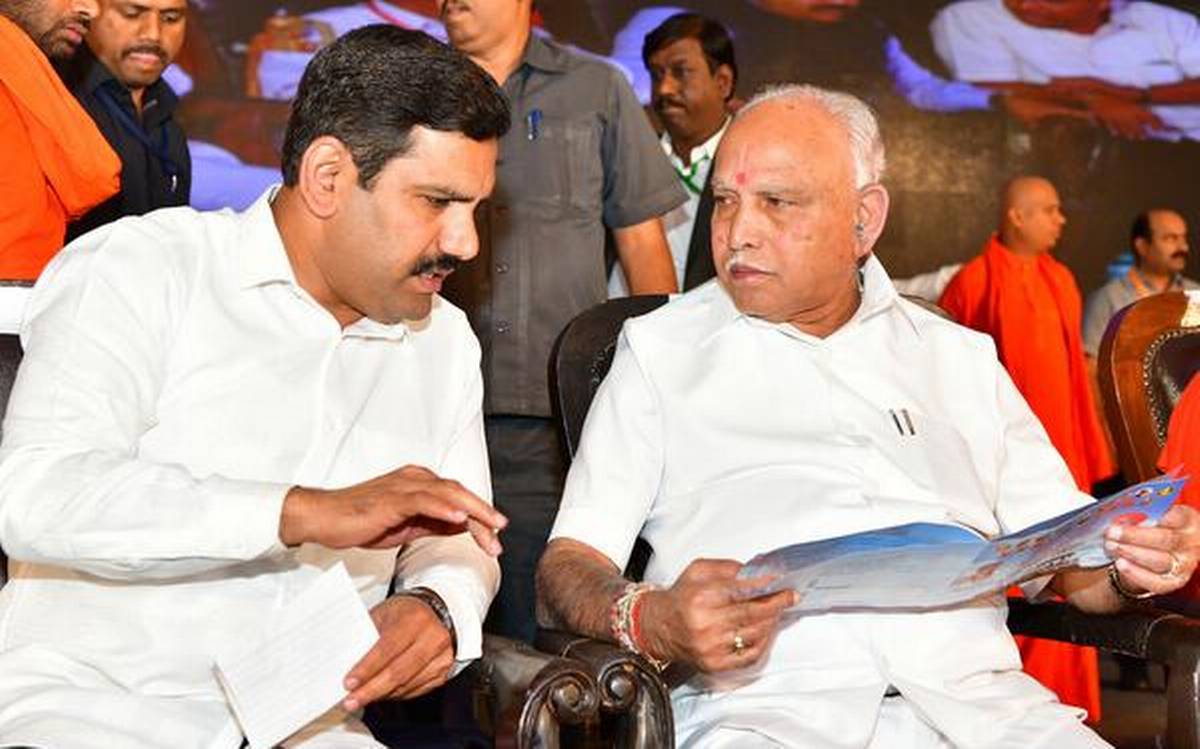 BENGALURU: Karnataka BJP on Monday finally included the name of B.Y. Vijayendra, son of former Chief Minister B.S. Yediyurappa in the list of the team in charge for the bypoll of the Hangal assembly constituency after dropping his name initially.

Vijayendra’s supporters protested his non-inclusion in the in-charge list for bypolls of Hangal and Sidhangi assembly constituencies scheduled to be held on October 30. Vijayendra had appealed to his supporters not to express their anger and anguish by making statements against party and party leaders. He has also appealed to them not to make comments that embarrass the party, senior leaders and himself.

However, the party reconsidered its decision and included his name on the list of in-charges. The earlier list was announced on October 1. Vijayendra will work along with ministers J.C. Madhuswamy, Murugesh Nirani, B.C. Patil, Shivaram Hebbar and Member of Parliament Shivakumar Udasi.

Vijayendra was regarded as the star campaigner when Yediyurappa was the Chief Minister. His efforts to win seats in K.R. Pet and Sira assembly constituencies, which have been considered as bastions of JD(S) and Congress parties were lauded by the party leadership. Even party high command recognized his capabilities as a strategist. But, his victory run was halted with the defeat of Pratap Gouda Patil in Maski bypoll.

The in-charges of Sindhagi are ministers Govind Karajol, V. Somanna, C.C. Patil and Shashikala Jolle. The bypolls are being held following the death of Hanagal MLA Udasi and M.C. Managuli, MLA of Sindhagi.