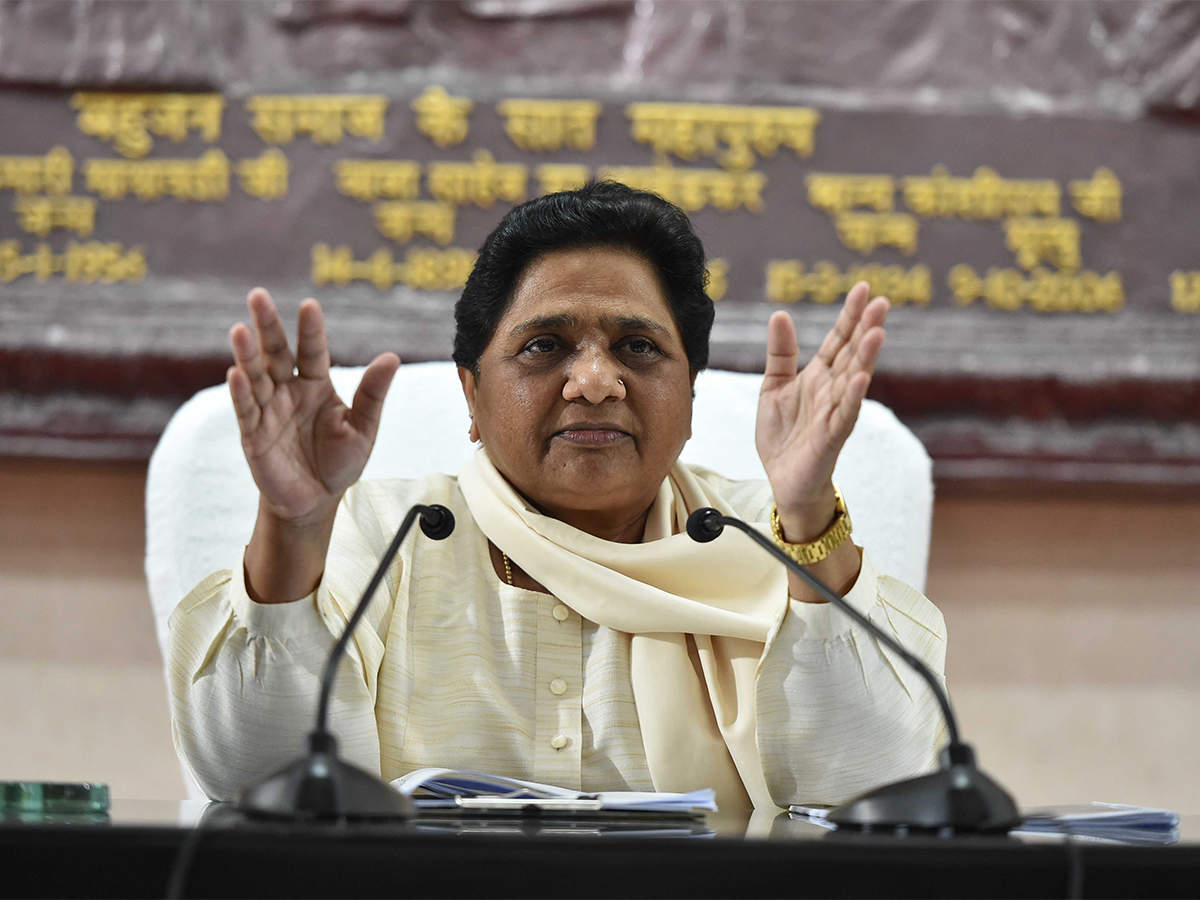 NEW DELHI: Bahujan Samaj Party (BSP) chief Mayawati on Saturday said she will write to the Election Commission demanding surveys by media organisations and other agencies be banned six months before any elections, so that the polls in the particular state are not influenced by it.

Addressing the 15th death anniversary of BSP founder Kanshi Ram here at the Kanshiram Smarak Sthal, Mayawati demanded that Bharat Ratna be given to the late Dalit leader and added that people in Uttar Pradesh have made up their mind on changing power in the state.

“Soon, a letter will be written to the Election Commission that surveys in the garb of business, by media organisations and other agencies be banned six months before the elections, so that the polls in the particular state are not influenced,” she said.

“You know that when the Assembly elections in West Bengal were going on, surveys were showing that Mamata Banerjee was trailing, but when the results came, it was the opposite. Those who were dreaming of (gaining) power, their dreams were shattered, and Mamata (Banerjee) staged a comeback with a huge majority. Hence, you should not be misled by these surveys,” the BSP chief told the public.

Mayawati’s remarks came a day after a news channel in a survey showed that the BJP is poised to win the most number of seats in UP in the upcoming 2022 Assembly polls, and retain power.

She also said the BJP-led Centre and UP governments are using the state machinery to make the atmosphere in their favour.

“It is also known to everyone that when these tactics do not work, then that party (BJP) will eventually give the election a Hindu-Muslim colour, and try to take full political advantage in its garb. Elections have to be fought keeping this in mind,” she said.

Without naming any party, Mayawati also said, “There are small parties and organisations, which may contest the elections alone or jointly. Their job is not to win the polls, but to give advantage to the ruling party from behind the scene, to realise their own vested interest. Hence, people of these castes and communities should not come under the influence of these parties and organisations.”

Suheldev Bharatiya Samaj Party (SBSP) chief Om Prakash Rajbhar had claimed last month that Bhim Army chief Chandrashekhar Azad will soon be a part of the Bhagidari Sankalp Morcha and a formal announcement in this regard will be made at a rally on October 27.

The morcha is a front of like-minded political parties led by Rajbhar, a former BJP ally.

The AIMIM had recently announced that it would contest 100 seats in the state assembly polls next year by tying up with Rajbhar-led SBSP and its Bhagidari Sankalp Morcha.

Rajbhar, who was a cabinet minister in the Yogi Adityanath government, had resigned before the Lok Sabha polls in 2019. He had later launched the Bhagidari Sankalp Morcha as a political front of smaller parties.