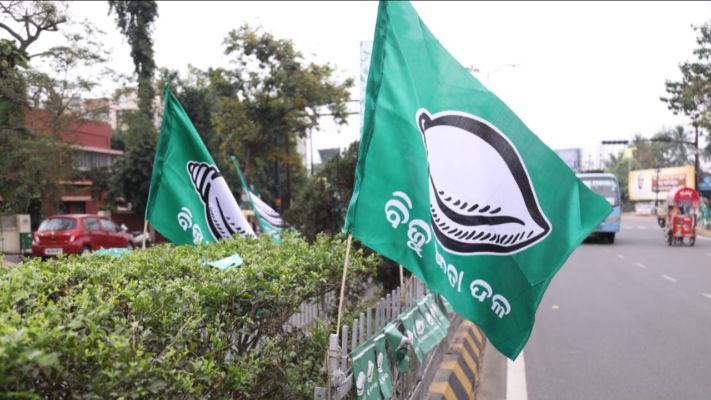 The regional outfit headed by Naveen Patnaik joined hand with BJP and became part of the NDA withthe objective of ousting if not marginalising Congress from power. The BJD-BJP alliance ran a coalition government from 2000 to 2009 in Odisha. However, the bonhomie between the BJD and BJP ended over disputes on seat sharing and the electoral partners struck different roads.

Twenty years after joining the anti-Congress movement and steadily eroding the country’s oldest party’s base at the grass root level, the ruling BJD now finds itself in a different position where BJP has emerged as its major rival, pointed out a senior vice-president of BJD. The BJD insiders now realized that making Odisha Congress Mukt has not benefited the regional party, rather it has helped BJP grow in the state. BJP now takes home a majority of the tribals, dalits, backward classes votes in elections, which at one time formed the voter base of the Congress. While the minorities who also formed the voter base of the Congress has eluded the BJD. Not getting support of minority community vote in Odisha is not at all an issue for the BJP as Christians are only 2.77 per cent and Muslims just 2.17 per cent of the state’s population. Therefore, the BJP’s Hindutva policy is enough to help the saffron party to grow in Odisha.

In its bid to counter BJP’s Hindutva image, BJD president Naveen Patnaik in his fifth term starting from 2019, has adopted a policy where the places of worship of different religion are being developed. The state government has launched a Rs 3,200 crore Jagannath Heritage Corridor project. Naveen Patnaik called Lord Jagannath the symbol of Odia esteem and pride.

Patnaik, who will turn 75 on October 16, 2021, and has been the CM since 2000, has never been known as overtly religious though he visitso the Jagannath Temple during the launch of poll campaigns and after winning elections, just as his legendary father Biju Pataik used to. However, after 2019, Patnaik have been focusing on the religious issues and taking up policies for the popularization of Odia language and culture, in its efforts to counter the BJP. Naveen Patnaik in his 5th term has started practicing soft Hindutva,” pointed out CPI (M) leader Ali Kishore Patnaik.

The results of the recently announced Pipili by-elections saw the Congress has losing his deposit getting only 4,261 votes (2.37 %) out of 1,80,930 votes polled. Though Naveen’s BJD retained the Pipili seat and won it at a margin of 20,916 votes, it had a tough fight. BJP candidate secured 42 per cent of votes against the BJD’s 53.8 per cent. Securing 42 per cent vote “is not a small achievement,” pointed out BJP’s state president Samir Mohanty.

As the state’s three major parties- the BJD, BJP and Congress, are preparing for the ensuing three-tire panchayat elections and urban polls in 2022, Naveen Patnaik’s regional party sees a difficult time ahead. In the absence of Congress or minimal presence of the oldest party in the race, it will be a one-to one fight between BJD and the BJP in the rural and urban polls. Therefore, it is natural that BJP may get advantage in many seats, pointed out political analyst Braja Kishore Mishra.

According to political observers, the results of the rural polls will show how the political winds may blow in 2024 general elections. The BJP which raised its Zilla Parishad member strength from 36 seats in 2012 to 297 in 2017 rural polls, finally emerged as the state’s principal opposition party after the 2019 general elections. The Congress which functioned as the main opposition party from 2000 to 2019, finished third.

The BJP secured 23 assembly seats and 8 lok sabha seats in the 2019 general elections while Congress reduced its number to 9 in assembly and 1 in Lok Sabha.

While the Naveen’s party had secured 651 ZP seats in 2012 rural polls, it got 473 seats in 2017 elections. Though the BJD could maintain its seats tally in assembly by winning in 113 assembly constituencies, it lost eight Lok Sabha seats. Its candidates could win in only 12 LS seats against 20 seats in 2014 general elections. Odisha has 147 members in the State Assembly and 21 seats in Lok Sabha. The panchayat polls are a major indicator for all the parties for the next general elections and therefore crucial.

Party sources said the Chief Minister will complete his visit to all the 30 districts before the dates for the ensuing panchayat elections are announced. However, this time round, local MLAs and MPs cutting across party lines are invited to Patnaik’s meeting. In all the meeting held so far, the opposition lawmakers shower praise on Patnaik for launching the smart health card for the poor people. However, the BJP lawmaker also make it a point to demand implementation of the Centre’s Ayushman Bharat scheme. The BJD lawmakers are also in the same meeting explaining how BSKY is much better than the Ayushman Bharat scheme as it covers 96 lakhs families and Rs 10 lakh worth free treatment for women.

We will raise issues like rural housing scam, law and order, atrocities on women, particularly minor rapes and other such issues in the ensuing panchayat polls. Let the people decide how the state government avoided implementation of several central welfare schemes in Odisha , said BJP law maker Lalitendu Bidyadhar Mohapatra, who had exchanged words with BJD MP Pinaki Mishra at a smart health card distribution meeting held at Brahmagiri in Puri district recently.