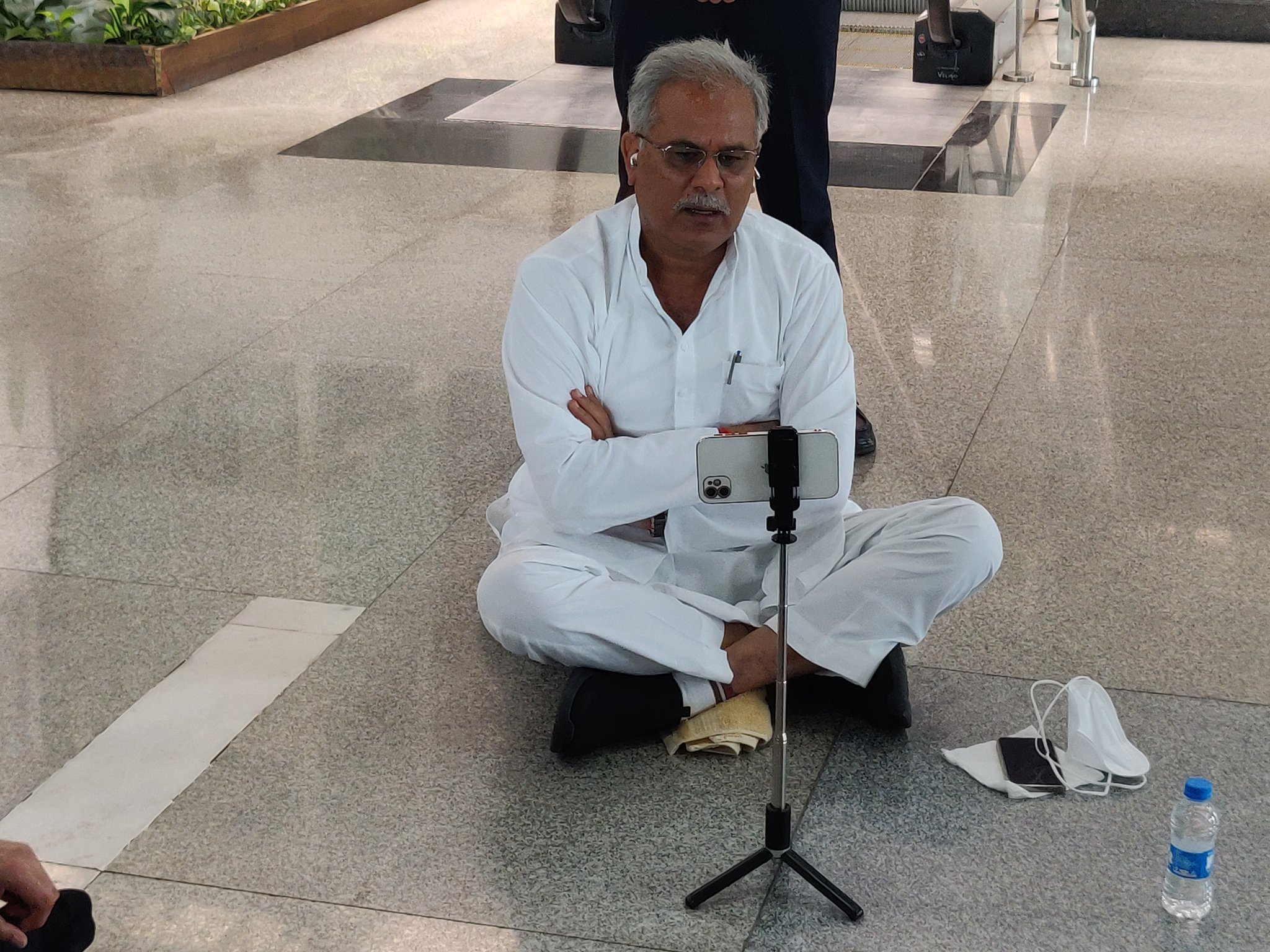 RAIPUR: A day after Congress and the TMC sparred on Twitter, Chhattisgarh Chief Minister Bhupesh Baghel on Saturday said serious efforts should be made over the issues of “alliance and leadership”.

He was talking to reporters at the Raipur airport before leaving for Delhi. Baghel, who has been appointed as a senior observer by the Congress for the next year’s assembly polls in Uttar Pradesh, said he will attend a rally of party leader Priyanka Gandhi Vadra in Varanasi on Sunday.

People looking for a “national” alternative based on poaching INC functionaries who can’t win even their own seats is in for a big disappointment.

Unfortunately, to become a national alternative deep-rooted and concerted efforts are needed and there are no quick- fix solutions.

Asked about the Trinamool Congress’ tweet, Baghel said, A statement has already been issued. A serious effort should be made as far as alliance and leadership are concerned. It cannot be decided superficially.

After poll strategist Prashant Kishor’s tweet which appeared to target the Congress leadership, Baghel had tweeted on Friday that “People looking for a national alternative based on poaching INC functionaries who can’t win even their seats are in for a big disappointment. Unfortunately, to become a national alternative, deep-rooted and concerted efforts are needed and there are no quick-fix solutions. He was apparently referring to the recent induction of former Congress MP Susmita Dev and former Goa Chief Minister Luizinho Faleiro into the Mamata Banerjee-led party.

The Trinamool Congress then called Baghel’s remarks a “shoddy attempt to please the high command”.

Meanwhile, speaking to reporters here Baghel also asked why the Union government and BJP leaders were silent on the death of farmers at Lakhimpur Kheri.

“The BJP’s stand has been anti-farmer. They don’t feel sorry even after crushing them. So far, the Centre and BJP leaders have not issued any statement over the incident, he said.

About Uttar Pradesh Chief Minister Yogi Adityanath targeting him over his Lakhimpur visit, Baghel said, It means the arrow has hit the right spot and Yogi Adityanath-ji is perturbed. Under his rule, a `mahant’ has committed suicide, a businessman was killed in his Purvanchal region, but he doesn’t say anything. When a journalist is killed, he doesn’t speak about it.” On reports of coal shortage in the country, the CM said Chhattisgarh officials were keeping an eye on the situation and all efforts were being made to ensure sufficient supply in the state.

In this article:Bhupesh Baghel, Congress, TMC