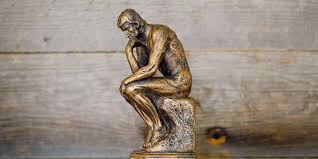 Such a time that crooks are now respected as great creative artists ! I find them in national and international literary magazines and festivals with dedicated Fan Clubs ! But, there is no requirement of good people anymore. No need to look for eminent people too of national or international stature.

These days , apart from the Ministers, MPs , MLAs and top politicians,Government officers like Secretary,Director, Collector, ADM , Sub Collector, Government College Principal etc are invited Chief Guests in their own programmes.

And, fools like me are destined to listen to these so-called great thinkers !

Better than the Best !

Nobel 2021 has come as a surprise. Abdul Rajaq Gurnah’s reaction after getting this surprising gift:

“It was such a complete surprise that I really had to wait until I heard it announced before I could believe it.”

According to Anders Olsson, Chairperson of the Nobel Committee for Literature, Gurnah is “one of the world’s most prominent post-colonial writers”.

“Abdulrazak Gurnah’s dedication to truth and his aversion to simplification are striking,” the Nobel Committee for Literature said in a statement.

“His novels recoil from stereotypical descriptions and open our gaze to a culturally diversified East Africa unfamiliar to many in other parts of the world.”

“[His] characters find themselves in a hiatus between cultures and continents, between a life that was and a life emerging; it is an insecure state that can never be resolved.”

Now, I can console myself that if nothing comes from my country, I may get a Nobel one day !

We get 50% of molecular DNA from the mother and 50% from the father.

This is very interesting that in Hinduism the god of power is mother – Adi Shakti or Maa Shakti, our mother. The profound scientific understanding over the ages and years is very clear. All the Vedic pujas and yagnas and the perfect mantra of Maa Durga work on a subtle level to excite and empower us.

Is it not a National Crime ?

Supply of electricity to Koraput town was disrupted from 8 am to 6 pm on 9 October2021 .It was informed since the previous day.

But the hospital in Medical College , Koraput went out of power for the lack of alternative arrangement .According to Bhabani Sankar Mishra  , president of Press Club , Koraput , 268 units of blood were lying in the blood bank of this hospital without power in the freezer .Don’t know if they could have been ready with generator to keep the blood in safe condition ( we don’t know if blood could remain safe without power in the freezer for more than 8 hours when  people are sweating today for humid condition ).

Superintendent of the hospital expressed his helplessness (?) , Mr.Mishra added . What could be the condition of  the patients in ward , cabin , ICU etc etc  without power supply .( Courtesy: Shantakar Chelapila)