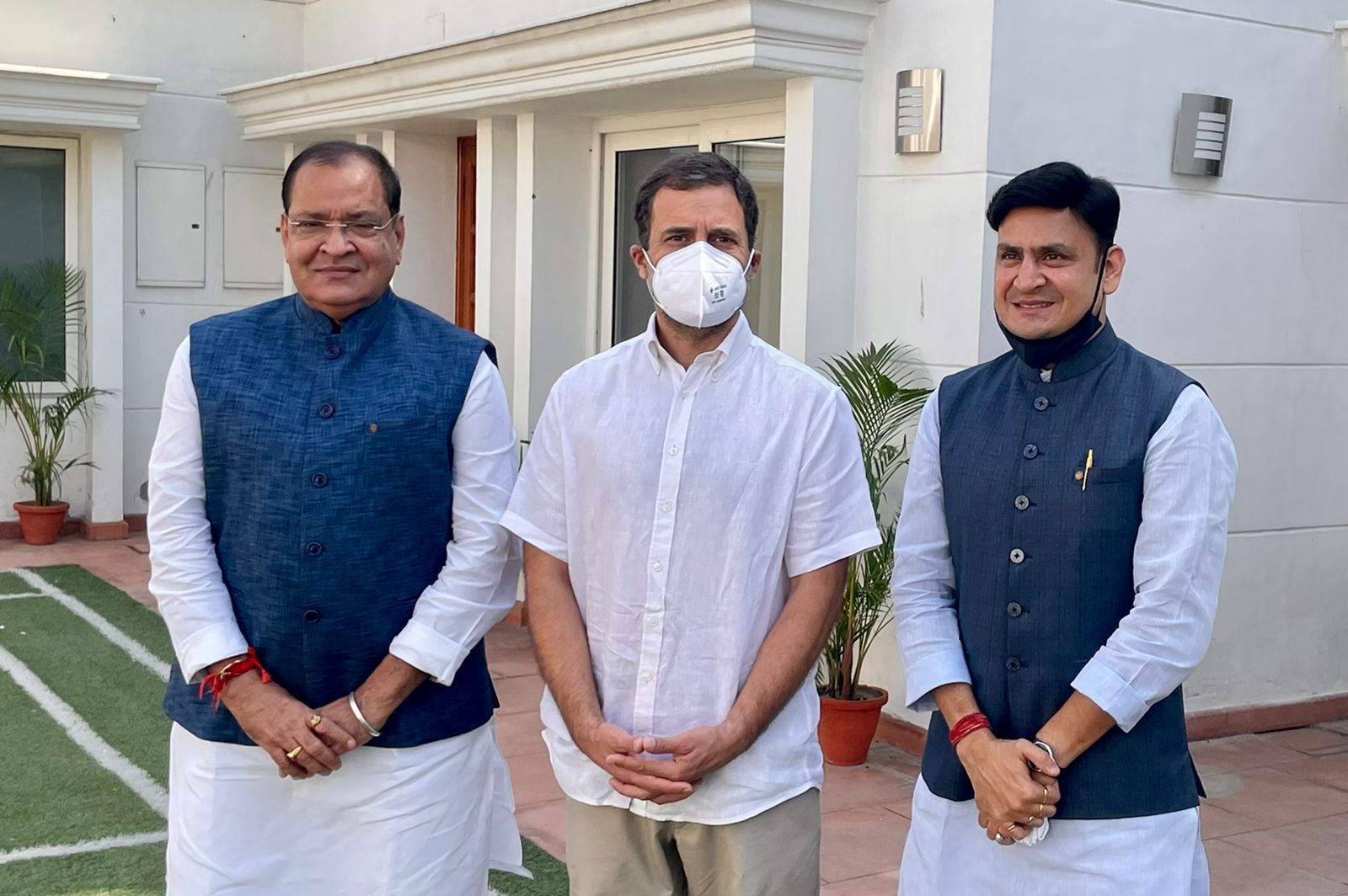 NEW DELHI: In a jolt to the BJP ahead of the next year’s Uttarakhand assembly polls, state transport minister Yashpal Arya quit the saffron party on Monday and returned to the Congress along with his MLA son Sanjeev.

Yashpal Arya was the president of Uttarakhand Congress from 2007 to 2014. He had switched over to the BJP in 2017 ahead of the last assembly elections in Uttarakhand.

Arya and his son along with their supporters, joined the Congress in the presence of senior party leaders Harish Rawat, K C Venugopal and Randeep Surjewala at the party headquarters in the national capital.

Earlier in the day, they met former Congress president Rahul Gandhi at his residence.

“It is an important day for me as I have returned to my family. It is my ”ghar wapsi”. There can”t be a happier day for me. I feel relieved after my return,” Arya said soon after joining the Congress.

Arya said he will work selflessly to strengthen the party.

“If the Congress emerges stronger, then democracy will be strengthened further,” he said.

Arya has been a six-time MLA, including twice from Uttar Pradesh when Uttarakhand was part of it.

Welcoming him into the party fold, Surjewala said Arya has played a significant role in the uplift of Scheduled Castes in both Uttar Pradesh and Uttarakhand. He said Arya has sent his resignation to the state Governor.

His son Sanjeev Arya represents the Nainital Assembly constituency in Uttarakhand. He has also resigned from his MLA seat. He is involved in the cooperatives sector in the state.

Rawat said they felt pain when Arya had to leave the Congress for some reason. He is today joining back at a time when the party is fighting several challenges, he said. Venugopal said it is a homecoming for both of them to the Congress. They met Rahul Gandhi and said they were happy to return to their old family, he said.

Rahul Gandhi told them their entry into the Congress will definitely strengthen the Congress, he said.

AICC in-charge for Uttarakhand Devendra Yadav and PCC president Ganesh Godiyal and CLP leader Pritam Singh were also present and welcomed the return of the father-son duo into the Congress.