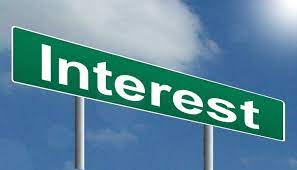 Many times we behave like the frog in the well as described in the Upanishads.That shows our limitation and vested interest.

Time has come when we should work for bigger issues and objectives,and if we succeed in our effort,that will take care of our individual interest too in the process. If there is flood in the river,a wise person never jumps to it,s/he waits till the water level comes down so that s/he can cross the river.History has taught us that calmness always wins,not reaction or immediate provocation.Two major examples are King Chandragupta and Emperor Humayun,also both the World Wars.Now, with outbreak of Corona, Third World War has begun in the form of a Chemical Virus War !

This is a lean period of my life too .Frustrating Time.This happens with people who take vow to speak the truth.A win for the idea of speaking truth to the establishment.The award of this year’s Nobel Prize for Peace to two journalists who have practised free and independent journalism in despotic and authoritarian regimes is an affirmation of the fact that freedom begets peace and lack of freedom creates strife and turmoil. This award is  an affirmation of journalism’s role today  and a win for the idea of speaking truth to power.

But ,in India ,a very few dare to tell truth to power.Last seven years have sadly been a nightmare ! Whenever there is an election ahead, why terrorists start attacking, why Chinese troops intrude and why terrorists get caught in the capital? Same Bollywood formulae of 70s and 80s?

The facts can’t change the similar death of two persons in the same incident. I have already written that all are free to write anything they like.This is the plight of literature today.No wonder.I now stop and restrain myself from any further argument.

BJP creates history,in local body election TN, a BJP candidate polled only ONE vote.He campaigned with Modi, Shah’s picture!
Air India sold,Airports sold.What will Aviation Minister perform at Delhi ? Let him pack up and go back home. But he will not go .

I reached his home at Aska 26 years ago without any prior notice , completely unknown and he offered me lunch. He was one of the finest poets of 1970s in Odia of the New Poetry Movement and was completely ignored by the selectors for any major national award. But, he knowingly preferred to keep away from award politics in Odisha.Poet Dilip Das is no more. This is life of a creative artist these days !
——————————————-
China is no more a Communist Country. Its policies are pro-Capitalist now. Indian Communists should understand this bitter truth. Congress is also no more a pro- Communist Party…

No more Smart Cities. Demolish Smart Cities and make huts for the homeless people
No more Bullet Trains.Stop smart trains and run the existing trains timely .We need Smart Citizens who understand the practices of Democracy !

And,Instead of giving DA to Government Employees, the Government should check price rise and not impose taxes at ease on Common People.The responsibility lies with the Government of India.
———————————————-
The rise of minimum wages and immigration have a good impact on employment. Each action of any individual or government has consequences. As you so, so you reap.Nobel Prizes for peace, literature and science have been awarded since 1901 as a result of a fund created by the will of the inventor of dynamite, Alfred Nobel. The prize for economics was made possible by a donation from Sweden’s central bank and was first awarded in 1969.

On 11 October 2021 Professor Göran K. Hansson, Secretary General of the Royal Swedish Academy of Sciences, announced the Sveriges Riksbank Prize in Economic Sciences or Nobel prize in economics in 2021 in memory of Alfred Nobel. The Sveriges Riksbank Prize in Economic Sciences in memory of Alfred Nobel 2021 was divided, one half awarded to David Card “for his empirical contributions to labour economics”, the other half jointly to Joshua D. Angrist and Guido W. Imbens “for their methodological contributions to the analysis of causal relationships.” what conclusions about cause and effect can be drawn from natural experiments.

Canadian-born Prof Card, who works at the University of California, Berkeley, receives half of the 10 million Swedish crowns (£839,000) prize, while Israeli-American Joshua Angrist from MIT and Guido Imbens, a Dutch academic at Stanford University, share the other half.David Card, Joshua Angrist and Guido Imbens – have shown that natural experiments can be used to answer central questions for society, such as how minimum wages and immigration affect the labour market. Angrist and Imbens, have also clarified exactly which conclusions about cause and effect can be drawn using this research approach. Together, they have revolutionised empirical research in the economic sciences.

Contrary to previous research, David Card and his fellow economist Alan Krueger found that employment in New Jersey restaurants increased after the minimum wage was raised. The widely cited paper was seized on by Gordon Brown and his then economics adviser Ed Balls to justify their plans for a UK national minimum wage, which was introduced in 1999. Although there is now cross-party support for the minimum wage, it was initially opposed by the Conservatives on the grounds that it would cost jobs. Krueger, who worked in Barack Obama’s government, died in 2019 before his work could be honoured.

Card’s other work has included a study of how a sharp increase in migration from Cuba to Miami affected wages and employment after Fidel Castro’s decision in 1980 to allow people to leave Cuba. In a four-month period, 125,000 Cubans arrived in Miami, raising the size of the workforce by 7%, but a comparison with four other US cities found no deleterious effects on jobs or wages of low-paid workers.
Angrist and Imbens, have also clarified exactly which conclusions about cause and effect can be drawn using this research approach. Their approach has spread to other fields and revolutionised empirical research. David Card, Joshua Angrist and Guido Imbens have been awarded this year’s Nobel prize for economics for work that “challenged conventional wisdom”.

If we are to make good decisions, we must understand the consequences of our choices. This applies to individuals as well as public policymakers: young people who are making educational choices want to know how these affect their future income; politicians considering a range of reforms want to know how these affect employment and income distribution, for example. However, answering broad questions about cause and effect is not easy, because we will never know what would have happened if we had made a different choice.

Angrist and Imbens won praise for their work on the relationship between education and income, such as the impact on the income of an extra year in school. One of the panels responsible for making the award, Eva Mörk of Uppsala University, said: “Many important questions are about to cause and effect. Will people become healthier if their income increases; do lockdowns reduce the spread of infections? This year’s laureates have shown that it is still possible to answer these broad questions about cause and effects and the way to do that is to use natural experiments.”