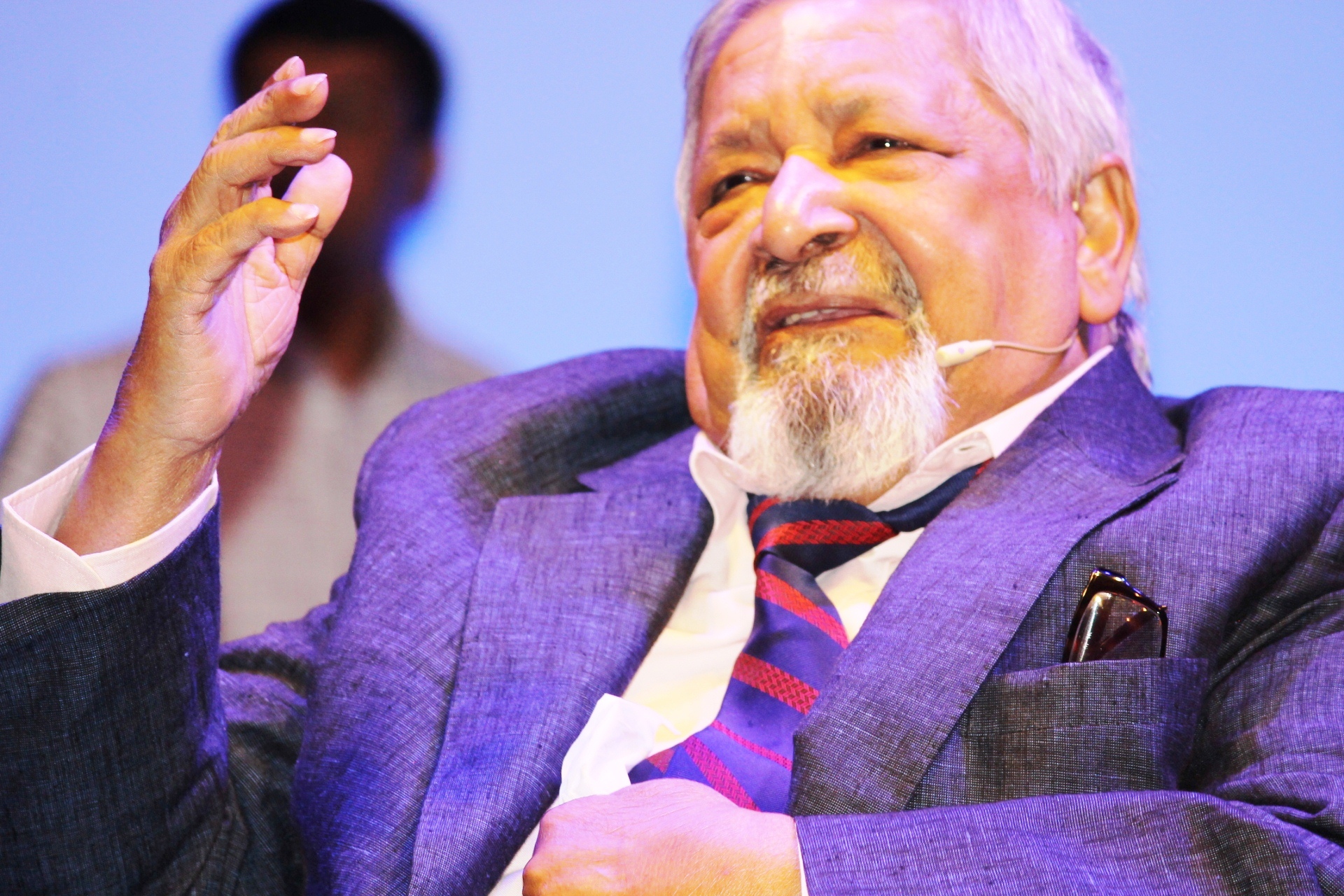 Some people behave like an angel once they get an award.These days awards are often managed or sponsored by corporates in return of some favours given to them.

But,I have great memories of meeting authors like Dominique Lapiere, Mahammad Faraz and VS Naipul .They are authors of such a breed that awards chase them. The only author of their class in India is Manoj Das.

It was a lifetime experience when I met Mr V.S.Naipul.

I read a few of the writings of V.S.Naipul including ’A House for Mr Biswas’.He used to live in West Indies but linside his heart there was life of India.I was not very impressed when he got Nighthood and so,do not like to prefix ‘Sir’ before his name.For me,an author lives a timeless life and establishment can’t evaluate it by giving an honour.

I was a decade ago given the charge of hosting Mr Naipul in the Children’s Pavilion,New Delhi World Book Fair.He was accompanied by his wife Nadira.While Mr Naipul wants to meet and talk to more and more people including young adults ,Nadira has a sense of ego and she stops Mr Naipul at places from doing things on his own.

Mr Naipul came.As usual I welcomed him with a bouquet of flowers.His smile was fabulously lovely.He,of course,does not like use of flowers in bouquets and flower pots by plucking it from the tree as he has several times made this point.But in India,we blindly follow the tradition that Britishers taught us to present flower bouquets to guests.In

NBT,Arvind Kumar when he was Director,tried to create a tradition to present a bouquet of books.But,of late,it was largely discontinued.

One of the interests of Mr Naipul as I saw in our Pavilion in the Book Exhibition was Indian Food and Cookery.The other one was Tribal Art.The third one was,Folktales.He also likes travelogues.I presented him the book ‘My Little India’ by Manoj Das.He sat in the authors lounge and started reading it.

‘Will you mind if I serve you a cup of tea or coffee ?’I asked both Naipul and Nadira.

‘Welcome ,’ he replied.Nadira kept mum.I brought the cups of coffee myself and gave it to both.I don’t remember if he took sugar in it,probably not.

It was almost an hour.I spoke to Mr Naipul about the sea that I have lived with at Puri.It appeared that he has visited the southern part and Goa,but not the eastern part by that time.Unfortunately,we lack proper planning and ambience and because of that we have failed in promoting the sea coasts of Odisha as popular tourist destinations.Last time ,while in Goa Arts and Literature Festival,I with my wife Sailabala ,went to six beaches in Goa.Most of the beaches are nearby each other,but have a unique name and ambience.

Mr Naipul was interested to spend more time in the Children’s Pavilion.Some children and young adults requested for his autograph and he gladly obliged them.Nadira was getting impatient.I understood the issue and bid adieu to both of them.

While leaving, Mr Naipul wished to visit Puri once. I informed the then Minister, Culture of the state and he easily avoided it as he had many other priorities. Art and Culture are only for sale, not for life for the politicians.