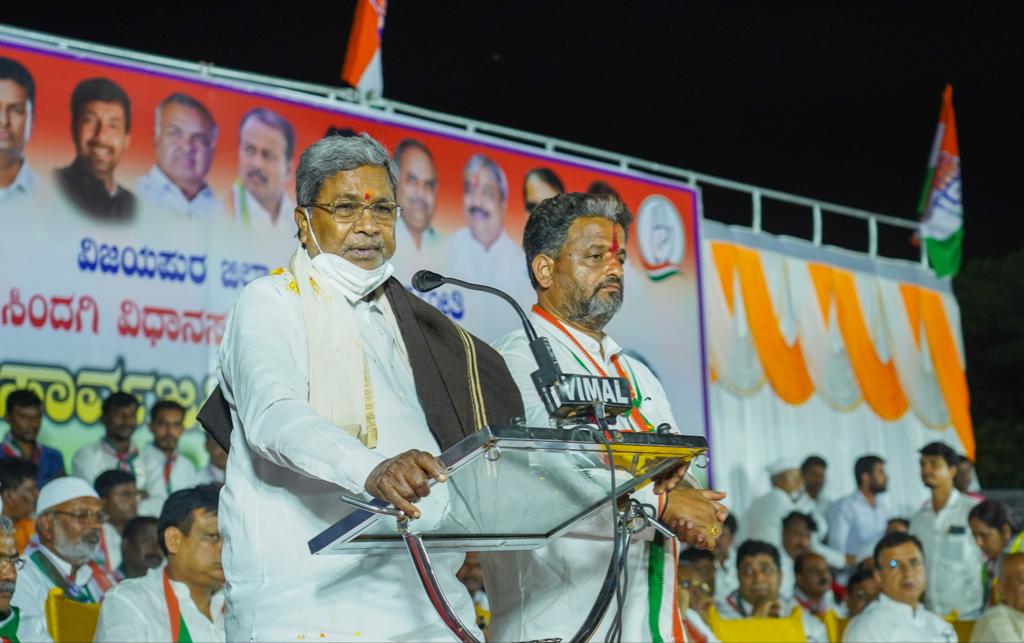 VIJAYAPURA: Senior Congress leader Siddaramaiah on Tuesday urged the voters from the minority community not to cast even a single vote to the JD(S) during the Hangal and Sindagi bypolls, as voting for the regional party means voting for the BJP.

The leader of opposition in the state assembly accused the JD(S) of deliberately fielding minority community candidates in both the constituencies to help the BJP.

“Though JD(S) has fielded its candidates, the straight fight is between the Congress and BJP. JD(S) has not fielded a candidate with an intention to win. They have fielded to help the BJP. I’m not saying this, people are saying this,” Siddaramaiah said.

Addressing the campaign meeting at Sindagi constituency here, he said, Congress is always the target for JD(S), and pointed out that during the Basavakalyan bypolls held earlier this year, too the regional party fielded a Muslim candidate, who got about 8,000 votes, which resulted in Congress’ loss.

Congress during the 2018 assembly polls too had accused the JD(S) of being the “B-team” of BJP.

Bypolls will be held on October 30, while counting of votes will take place on November 2.

The by-elections have been necessitated as the seats fell vacant following the death of Sindagi JD(S) legislator M C Managuli and BJP’s C M Udasi from Hangal.