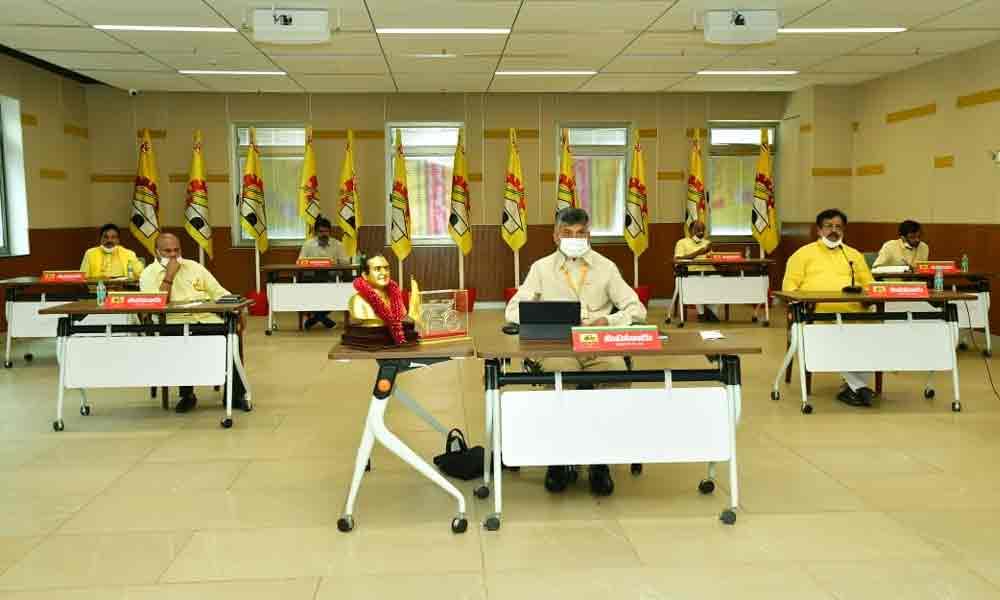 AMARAVATI: Ruling YSR Congress Party cadre on Tuesday allegedly ransacked the Telugu Desam Party’s headquarters at Mangalagiri near here and office at Visakhapatnam, alleging that the spokesperson of the opposition party made objectionable comments against Chief Minister YS Jagan Mohan Reddy in a press conference.

“Telugu Desam Party strongly condemns the attack of YSRCP goons on the party’s headquarters and office in Visakhapatnam and on the residences of the party leaders. We don’t understand whether we are living in a democratic country or a fascist country. Chief Minister and DGP should take the responsibility (for these attacks),” AP TDP president Atchannaidu said.

He demanded that the CM resign for failing to keep law and order in control.