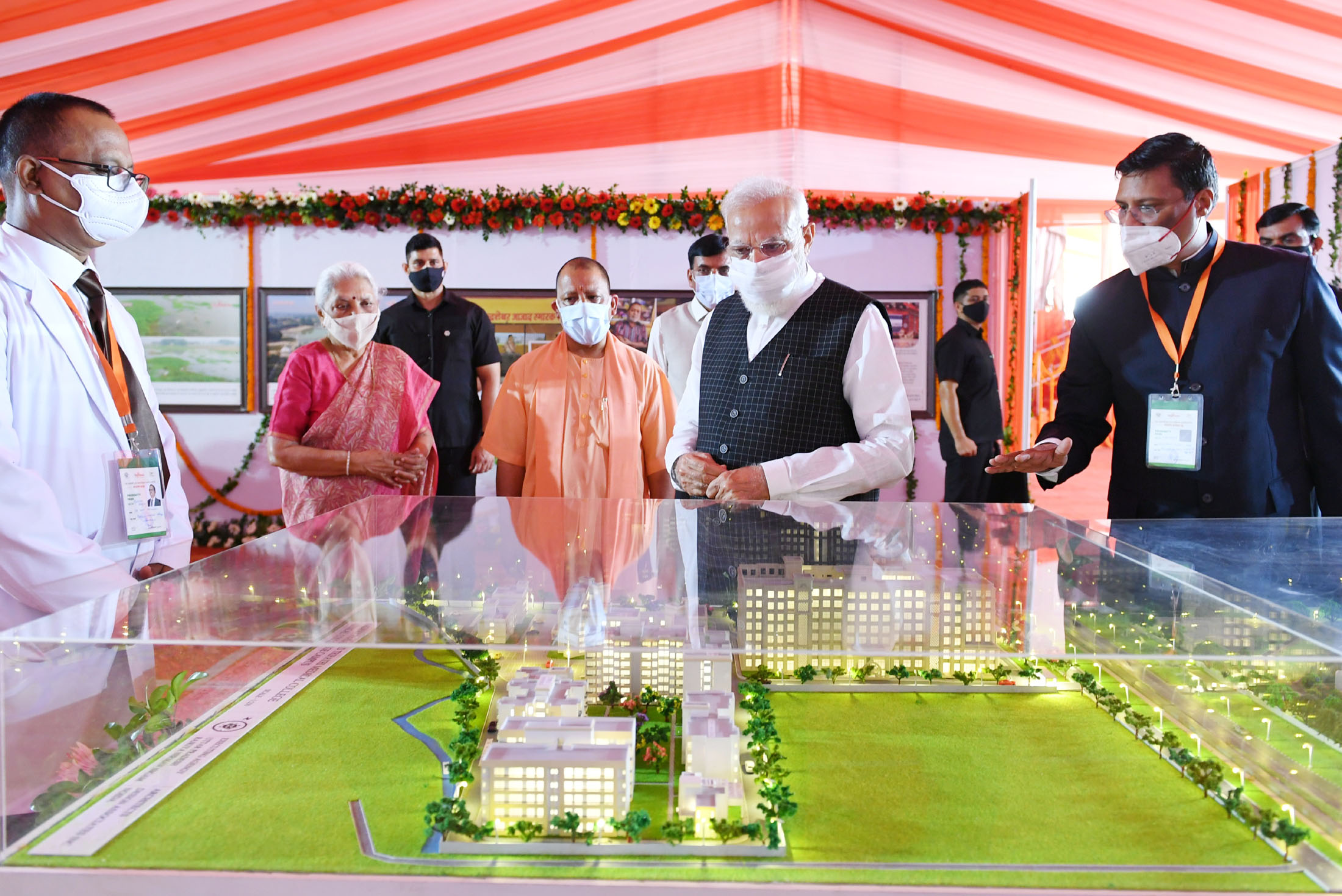 Addressing the event, the Prime Minister said the Union Government and the Government of Uttar Pradesh is the result of decades of hard work of many Karma Yogis.

He said that Siddharthnagar has also given such a dedicated public representative in the form of Late Madhav Prasad Tripathi ji to the country, whose tireless hard work is helping the nation today.

He added that to name the new medical college of Siddharthnagar after Madhav Babu is a true tribute to his service. The name of Madhav Babu will continue to give inspiration for public service to the young doctors coming out of the college, the Prime Minister said.

The Prime Minister remarked that with the creation of 9 new medical colleges, about two and a half thousand new beds have been created, new employment opportunities have been created for more than 5 thousand doctors and paramedics. “With this, a new path of medical education has been opened for hundreds of youth every year”, he said.

The Prime Minister said Purvanchal’s image was spoiled by the previous governments because of the tragic deaths due to meningitis. The same Purvanchal, the same Uttar Pradesh is going to give a new light of health to eastern India, Shri Modi remarked.

The Prime Minister recalled the episode in Parliament where current Uttar Pradesh Chief Minister Yogi Adityanath ji, as the Member of Parliament, had narrated the agony of the poor medical system of the state in the Parliament. The Prime Minister said today, the people of Uttar Pradesh are seeing that Yogi ji, given a chance to serve by the people, has stopped the progress of encephalitis and saved the lives of thousands of children of this area. “When the government is sensitive, there is a sense of compassion in the mind to understand the pain of the poor, then such accomplishments happen”, the Prime Minister remarked.

The Prime Minister said that the dedication of so many medical colleges is unprecedented in the state. “This did not happen earlier and why it is happening now, there is only one reason – political will and political priority” emphasized the Prime Minister.

The Prime Minister explained that previous governments in Delhi 7 years ago and the government in Uttar Pradesh 4 years ago, used to work for votes and used to get satisfied just by announcing some dispensary or some small hospital for votes consideration. The Prime Minister said for a long time, either the building was not built, if there was a building, there were no machines, if both were done, there would be no doctors and other staff. The cycle of corruption, which looted thousands of crores of rupees from the poor, used to relentlessly run round the clock.