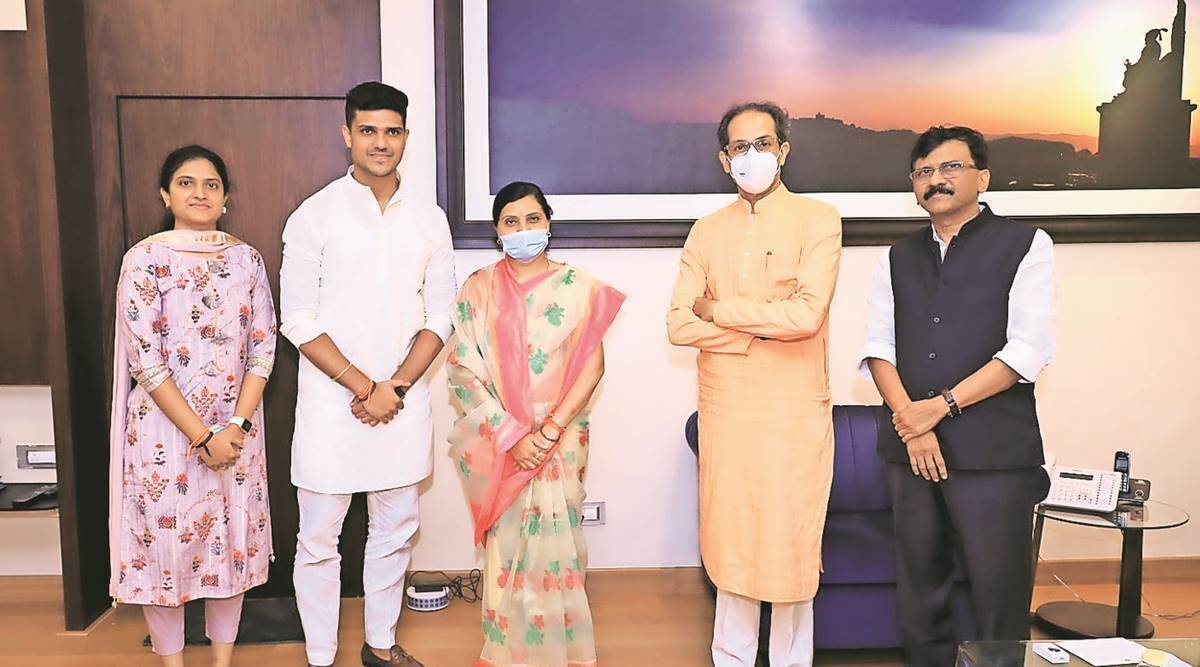 HANDJINAGAR:Achieving a historic win over her BJP rival by more than 50,000 votes in the Lok Sabha bypoll of Dadra and Nagar Haveli, Shiv Sena candidate and the widow of late Mohan Delkar, Kalavati Delkar on Tuesday thanked the people for respecting their sentiments towards Mohan Delkar and putting trust in her.

“I thank all the people of the constituency for the sentiments they have shown towards my late husband and putting their trust in me. I will try my best to fulfill that trust,” Kalavati Delkar said after the results of Dadra Nagar Haveli (DNH), now part of the unified Union Territory of Daman, Diu, and DNH.

Kalavati Delkar, 50, contesting her first election after the death of her husband, Mohan Delkar, created history by securing her spouse’s seat with the highest victory margin on Tuesday. Delkar polled 59.51 per cent (1,16,834 votes) of the total votes and won by a margin of 51,000 votes over her nearest BJP rival Mahesh Gavit.

“I congratulate Kalavati Delkar for winning the elections. Obviously people of the constituency will have a lot of expectations after giving her a huge response. We will analyze the results and see what needs to be done,” said Gavit.

The counting of votes for the DNH bypoll began on Tuesday morning. By noon, the trend started coming from centres ging a clear indication of Shiv Sena’s win. Delkar remained ahead of BJP’s Mahesh Gavit in all the rounds of counting.

Shiv Sena leader and MP Sanjay Raut had been camping in DNH with Vinayak Raut, Anil Desai and Aditya Thackeray.

Mohan Delkar, sitting MP of DNH committed suicide at Hotel Sea Green in Marine Drive, leaving behind a 15-page suicide note in which he allegedly named Administrator of Daman, Diu and Dadra and Nagar Haveli, Praful Patel and several other administrative officials from the territory for continuous harassment.

The Congress candidate Mahesh Dhodi’s performance was so poor that he could not even secure his deposit.