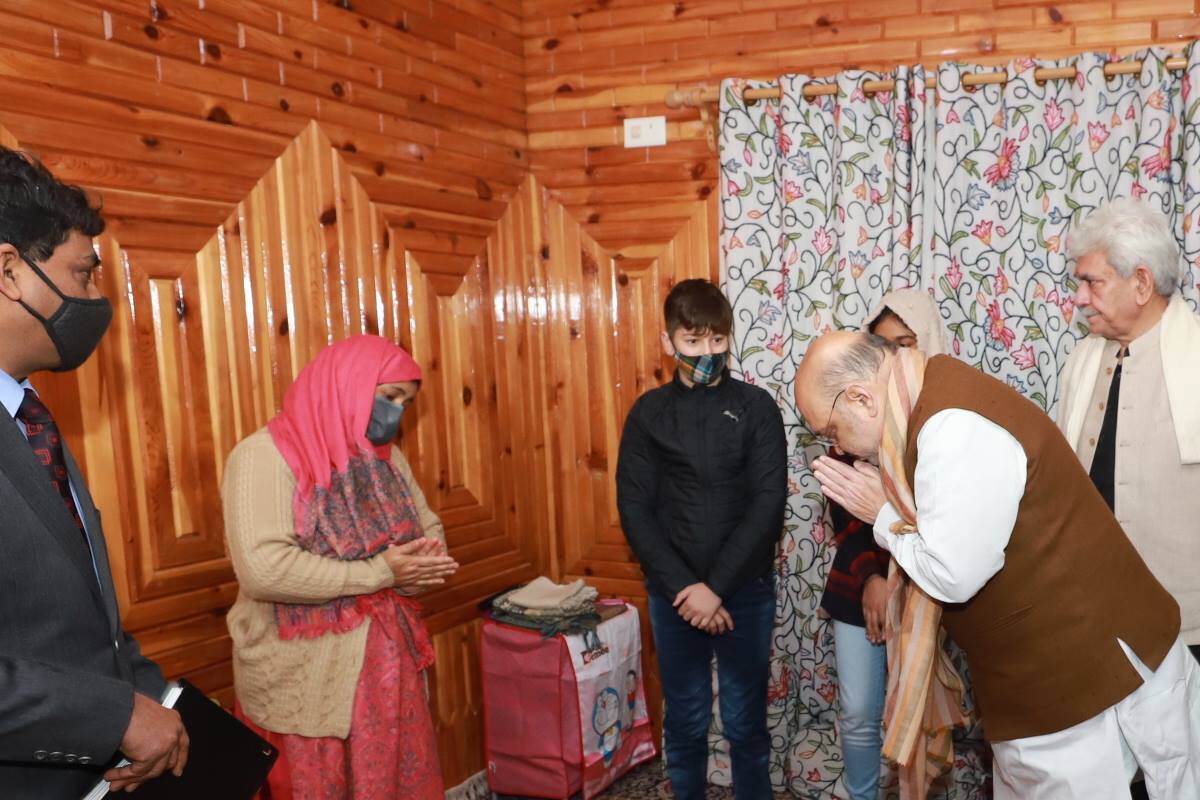 2. Appointment of a favourable NHRC Chief
Preceded by death of eminent author Dr Aziz Hajini due to medical apathy by Government of India.
It is said that in one debate over TV the listeners came to know that Sir Syed Ahmed Khan first proposed a two Nation theory.  Mohan Das Karamchand Gandhi was fully responsible for  what happened and is still happening since he could not exercise the powers vested to him by opposing the move.
Retired IAS Amit Khare’s appointment as Advisor,PMO is another case of appeasement of bureaucrats by the corrupt politicians.And, we the people of the country will pay the price ! The problem with all of us is that when we love a person we just close our eyes/ ears/ thinking process to have a just and critical analysis of these personalities.
The same is also true to our hate. When we hate a person we just think rubbish without giving justice to the good work he has done. We should avoid these two extremes rather than have a judicious brain to judge them .
India should remain prepared for more terrorist attacks in J&K . Now a terrorist organization named Taliban has taken control of a country named Afghanistan, unfortunately a neighbor of ours. This happening has acted as a booster dose to all the terrorists of this subcontinent .It has nothing to do with Article 370  or 35 A. Some halfmads with ulterior agenda coining the  abrogation with that of the present terrorist attack.
I do not have spare time to listen to anything against the great people to whom I like nor these nonsense arguments.
Recently a friend has posted a message that he is launching a movement to create a cadre of 10000 Rural Consumer Brand Ambassadors.  This has reminded me of the Consumer Movement of the World propagated globally by Ralph Nader and Upton Sinclair in the US. We have the leading Civil Society Organisations like CERC(Ahmedabad)  and CUTS  (Jaipur) in India advocating for Consumer Protection. Despite the Consumer Protection Act of 1986 ( COPRA), there has not been enough grievance redressal. I have myself gone to the State  Consumer Grievance Redressal Commission  against EPF Authorities  and SBI after winning in the District Consumer Court where the case has been pending for many years. The big money and powerful strategies adopted by violators stonewall the justice to the Consumers who are exploited in many ways especially by the Market and Business.
But many individuals and institutions try to protect the consumers and reduce the scale of exploitation. To minimise the exploitation, Allan Toffler has propagated one idea in his books Future Shock and Third Wave, which is the concept of PROSUMERS, i.e. the producers become consumers. Wonderful idea, undoubtedly! Especially on Food Items, let the producers become the consumers first and the market becomes secondary. But in a monetised economy, the dominance of Market is paramount and one is forced to be a consumer. Very few can escape this chain. In tribal areas, the simple tribals have to buy salt, Kerosene oil, clothes, dry fish and many other items and the cunning petty trader uses the barter system and takes away tribal produce in the most unjust way. For example, for 1kg of salt, 3kg of millet is bartered and so on and so forth.  Very shocking indeed!
Another friend has suggested that I strongly consider launching the P2C Movement, especially in the areas of Organic Products so that the Urban Consumers get the best, unadulterated and healthy products from the tribal producers. He has cited examples of how he is not getting the products he wants or paying exorbitant prices to the market chains.
Middlemen are everywhere controlling the marketing of the produce of the tribals. Then what is the solution to this Problem? We have to establish this Producer to Consumer ( P2C) direct relationship.  We can take the products to the doorstep of the consumer. Some of our friends who are eminent are involved this way to promote marketing of Organic Products and have succeeded.
We in Agragamee are planning to have a P2C outlet in Bhubaneswar dealing with Millets, Pulses, Turmeric, Brooms, Tamarind and a range of tribal products.  If I get a good response from all my friends who are reading this posting, I shall decide and go to the next level.
Working among the tribals for more than 40 years, we can say with authority that Socio-economic Transformation of Tribal Areas is possible only when the Economic Rights and Empowerment of Women is guaranteed. We have shown this in many villages forming Tribal Women’s Organisations- called MAHASANGHAS- much beyond the domain of the SHGs. We have a component of Literacy also including political literacy. We have encouraged women to participate in their Gram Sabhas and  make decisions. We have mobilised them to develop their Village Commons and Natural Resources.
I welcome the idea of Mission Shakti launched by the Government of Odisha but the element of Literacy is missing. Too much proliferation of SHGs and heavy emphasis may be recalibrated as to how they would be self-sustaining. I am yet to see a successful  SHG  or a SHG Federation in the entire Tribal Region. But if they are there, we need to study the factors which have resulted in this  success.
Achyut Das thinks of grasses and Tikait thinks of the farmers killed by the minister . Where are we common Indians ? Sandwiched in the race for supremacy amongst Politicians, Bureaucrats and Corporates for power dynamics !
In this article:Amit Shah, India, Jammu and Kashmir