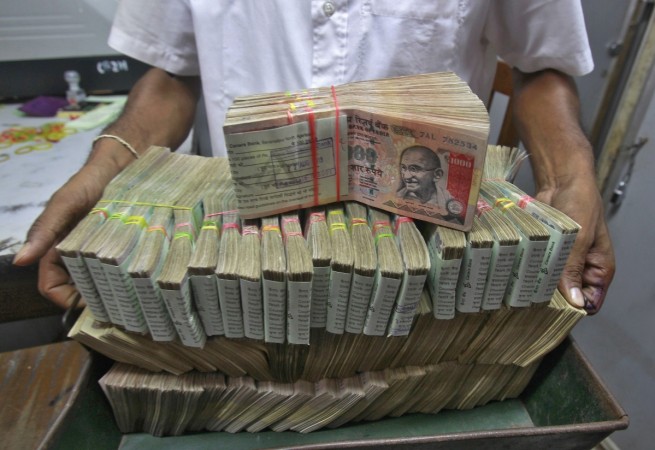 Most of the people including us speak of many philosophical ideas, but never implement those bright ideas and ideals in their own life and living. Hypocrisy rules everywhere these days !

A Novel Demonetisation .When someone pays money into your account by error, that person has to report it to the bank FIRST for THE BANK to do the REVERSAL NOT YOU !

Yesterday a young friend received notification on his cellphone of a deposit into his account of Rs 82000. He could not work out who would have deposited it, only a reference J002.

At midday yesterday he received a call from ” Revenue dept” stating that they had erroneously deposited a VAT Return of Rs. 82000 into his bank account, Reference J002 and that they needed him to reverse this payment as it should have done to TLB Towers.

They faxed through to him a very official looking letter with all the information and their banking details . He went into his banking to do the transfer but decided to print a bank statement first. He saw that the Rs 82000 was in his account but still “uncleared”.

Gut feelings were quite strong, so he did not reverse the amount but waited till next morning to phone his bank. They could not identify who the deposit came from. He then asked to be transferred to the risk/fraud division and explained everything to them. The  investigators phoned him a short while ago to let him know that this was a scam.

This is the magic of demonetisation ! Be careful.Alas , the country wasted Billions and over three years for it!!
—————————————————-
Interesting topics are to be debated but not on social media pages,in the cases where there is need of presenting facts as required.Gandhi is not there, Nehru and Sarvakar too.These are the topics to be discussed and reviewed by people who are in education, research and journalism.

Now the duty of leaders is to save the nation to see how the economy will revive, petrol rate can decrease and the youth mass get meaningful employment etc.These ministers are not intellectuals but just administrators who can twist the thing as they like.We Indians are famous to talk about the past then the present problems. That is also done by the persons to whom the present economy does not affect. We are all wisest fools to discuss on dead bodies than on the living problems.

Hinduism is not a faith . Every act involved in Hindu way of living , which fools consider as superstition , has a scientific basis . We need to trace out the science behind them .But , finally it is for the welfare of people.Political forces have their own History/ Science/ Physics .They bother on their vested interest.

Words are like keys.  If you choose them right, they can open any heart and shut any mouth.
Have we ever compared expenses for Covid Care vis a vis recoveries of patients from Covid ?