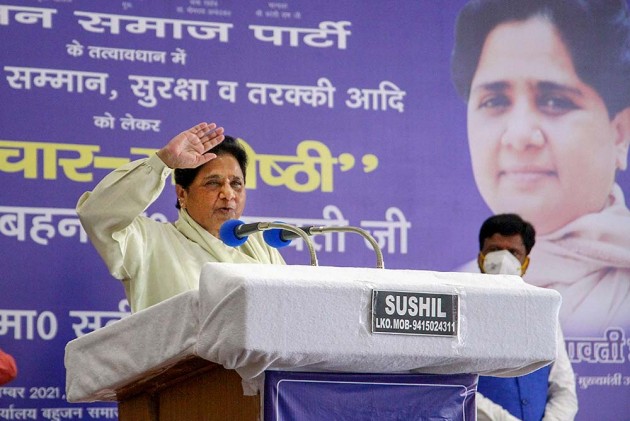 While the Samajwadi Party (SP) has already positioned itself as the main challenger to the ruling Bharatiya Janata Party (BJP), the latter is nibbling away at BSP’s Dalit-MBC vote base.

Moreover, the BSP has lost a majority of its legislators to SP and a chunk of leaders have been expelled for unknown reasons by the party chief.

Mayawati is now working to look for candidates who can win the elections and, more importantly, remain loyal to the party.

“The party will focus on the loyalty factor because our legislators should not be vulnerable, in case the Assembly results throw up a hung Assembly. Mayawati is checking and rechecking the credentials of candidates before finalising their names,” said a senior party functionary.

The BSP has been most vulnerable to splits with its MLAs marching out of the party in every political crisis.

Mayawati has also asked party leaders to strengthen the party’s organisational structure to counter the well-oiled machinery of BJP, which is backed by cadres of its ideological mentor RSS and its Hindutva arm, Vishwa Hindu Parishad (VHP).

The aggressive entry of Congress General Secretary Priyanka Gandhi Vadra has only added to the concerns of the BSP.

Mayawati, sources said, wants to mobilise cadres that can help improve the party’s vote percentage that has been on a decline since 2012 Assembly elections.

The party has put issues like farmers’ stir against new farm laws, unemployment and poor law and order high on its agenda.

Mayawati has already whipped out a Brahmin card to replay her social engineering formula that propelled her to power with absolute majority for the first time in 2007 Assembly elections.

Mayawati also seeks to play ‘soft Hindutva’ to woo the upper caste, which has traditionally been voting in favour of the BJP.

She had set the idea rolling with MP and party’s Brahmin face S.C. Mishra addressing ‘Prabuddh Varg Sammelans’ across the state to woo the upper caste.

The move, party sources said, may essentially help in 80 reserved seats, where BSP has not been performing well in the past.