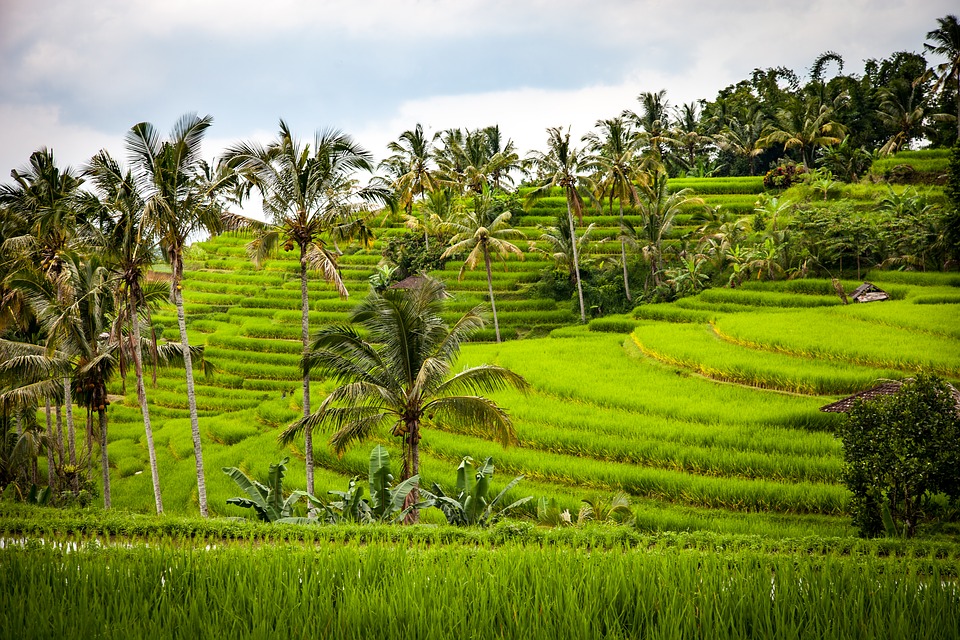 Agriculture related cultural activities began in Athens 3000 years ago. India by then was a major centre of education.Every ancient civilisation like Greece, Rome , China,Indus, Egypt, Babylon,Persia etc had Agriculture and Dairy as the main profession for livelihood. Greece and Bharabarsha (India)were the first two to excel in art and culture.

We should now take up agriculture and culture on priority. Culture has Education and Art as two major parts.Again, Art has three major parts, performing, creative and folk. Education too has three parts, formal, informal and progressive. Books and teachers are the source.Religion is a transport and not a goal or objective.

Communism had its origin in India in the time of the Vedas.Equality and Harmony are the two major thoughts we gave from Bharat to the world. Gandhiji has remained the major political thinker of the world in the last two centuries. Truth and Non violence are the two major Gandhian tools which can run the world peacefully for next few centuries.

Pakistan is a major Cricket playing country and India should play more tournaments with Pakistan. We should not allow politicians to interfere in Cricket , Football and Hockey management. Both Agriculture and Culture are the bases of multi religious composite Indian Society.The so called patriot-nationalists should now Do more Culture  with Agriculture ! How the  foundation of Indian history was laid down and by whom is very important . Britishers ruled India and Lord Macaulay introduced the British system of education after prolonged rule of Moguls in India. Moghul court reports and records  were available . Make no mistake, all these  moghul records were prepared by the paid employees of this regime to glorify mughal Raj in India.These  reports  remained controversial as the court historians tried their best to shield the wrongdoings of their paying masters.

In Nehru era after independence ,there were dozen of  highly educated persons like Dr Sarvapalli Radhakrishnan ,Chakraborty Rajgopalachari ,KM munshi and many more, but pandit Nehru opted Maulana Abul kalam Azad as the first education minister of India, this man was having no formal education other than the  Islamic religious studies,that too  from a traditional madrassa .Its  true that  being a maulana he was an  Islamic religious preacher.He was born in Saudi Arabia ,He was the poster boy of Khilafat movement in India.He collected 14 lakh rupees from Indians to support the Islamic caliphate  movement of Turkey .Maullana remained as the Education minister of modern India continuously for 11 years under pandit Nehru.His only work was to paint colors on Mughals bad deeds.Maulana Azad made extensive and incendiary speeches in different educational institutions across India in support of Islamic rule all over the world.Khilafat was never a khilafat  movement against British rule, but it was a movement to establish Islamic caliphate in Turkey.Indian history started glorifications of medieval India during  Maulana AKA with the help of Paid historians

There are many people who only praise the working of some government, maybe state or centre. It’s good to praise and encourage. But if all governments deserve praise only then why there is poverty, hunger, unemployment, health and education issues, increasing crime especially against weaker sections such as SC/ST,  women, poor road, caste and religion based clashes, communications, problem of electricity, security of senior citizens, shrinking forest, poor rehabilitation of tribals after displacement etc.

If we go to a pathologist and request for a health check up and he gives a rosy test report stating everything is right even if one has a serious problem in any vital part, the person concerned may be temporarily happy but ultimately he will die. The test repost should depict the actual situations. So my request to all learned people who praise the performance of any government may also suggest where more interventions are required to serve humanity. If we go on only highlighting the good ignoring the weak areas, a large section of people will continue to suffer. We are not to make the rich richer rather to think of a society where everybody has enough for survival without depending on government freebies. We are to fight with problems facing society, not among human beings.

For the 2024 election Prasant Kishore wanted  to start a  debate with the topic Gandhi vs Godse. Everything was well planned and before the debate got the full public imagination and participation BJP got the smell of it and to avoid possible damage cleverly  turned the debate  to  Gandhi vs Veer Savarkar. Now a win-win situation for both the camps.The non alignment movement spearheaded by Nehru was a total failure. Though he distanced himself from the USA but leaned towards the USSR. The present foreign policy adhered by Modi is truly nonaligned. We are friends with every conflicting block in the world. Israel and Palestine, Soudi Arabia and Iran , USA and Russia. EU and UK. We are now in the most enviable position in world politics.

Was Veer Savarkar ( of course,self proclaimed)arrested in London caught in a Honeytrap ? Read the recent book by Dr Sekhar Sarkar for more information.More than 100 years later, India is yet to receive an official apology from the British Govt. for the Jallianwala Bagh massacre.Centenary Year of Surendra Mohanty is centenary year of Communist Movement in India. One should read the story ‘ Nayanpur Express’ to hopefully understand the growth of Communist Movement in Odisha.

See the hypocrisy of BJP.Dr. Manmohan Singh Ex PM of India is admitted to AIIMS ,Delhi for treatment from Dengue and other ailments. The Minister Health, Govt of India paid a courtesy visit to Dr Singh as a goodwill gesture . Madam Singh and her daughter were present with Mr. Singh when the Minister reached with his cameraman. Despite the protest from the family members, the photograph of Mr. Singh was taken along with the Minister and immediately the photograph was posted in twitter account. His Daughter commented ‘my father is not an animal in a zoo.What ails the BJP leaders ?’

Paying revolutionary tribute Muzaffar Ahmad, S.A. Dange and Singarvellu Chettiar who played pioneering roles in Communist movement and building communist party in India on the centenary year of communist movement . Their role in freedom struggle and organising the working class against oppression and exploitation shall continue to inspire several generations to come.

Jogendra Yadav is really an Andolan jibi  face of the country because he is the mob master(leader ?) of Anna Andolan,Arbinda Andolan,JNU Andolan ,CAA Andolan ,now Krisibill kissan Andolan etc.

Arbind kejeriwal  has received Raman  Megasis Award ,After a single  Andolan he became  the CM of Delhi.Jogendra a real  preacher designer  and organiser of  so many  Andolans ,should be given his due as the next CM of Haryana. Of course after Kanheiya  Kumar ,he is now  expected to  join and lead the Congress party as a mob leader and  good communicator . If not Congress  he should come back to his old friend  and join APP.because this is his own political  party,Andolan Mataki jai ho .

Slaves of dynasty and presstitutes are dancing on a report that India has slipped in the global hunger Index to 101 below countries like Pakistan, Srilanka and Bangladesh. Blind followers question : Who published this hunger index and on which basis ?

This hunger report was not prepared based on scientific research rather on an ordinary TELEPHONIC QUESTIONNAIRE of 4 questions by GALLOP. Out of 130 cr people of India they have interviewed only 1000 people .

It is like an opinion pool without any authenticity.
This report, devoid of ground realities and facts, suffers from serious methodological issues.Does this report  carry any value !
————————————————-
I wonder if readers can make out anything from this series of articles.Please react..