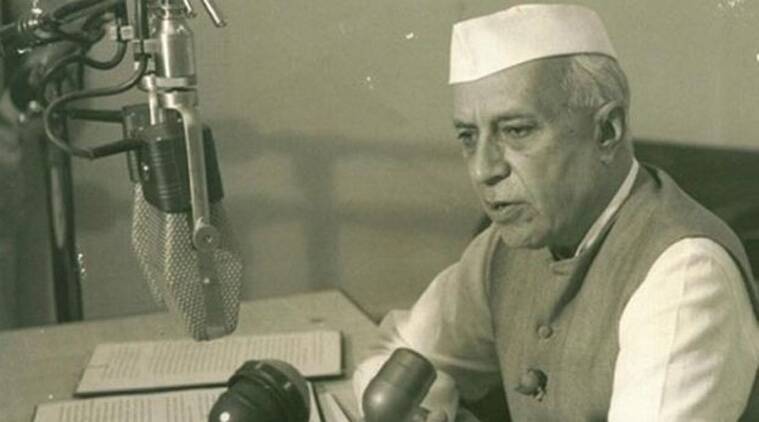 Jawaharlal Nehru was born 133 years ago. India was fortunate to have his leadership in the formative years of the Republic. We took the road less travelled and it made all the difference. We could have done better but could have on the contrary done worse like many other countries either. The India conceptualised by Nehru and the founding fathers still endures. Nehru was a man with a towering intellect and a long vision. No one who has read Discovery of India will think otherwise. He tried to forge a new all-inclusive nationality for us.

Nehru also made mistakes. When big people make mistakes they are often monumental. He misunderstood the nature of the dispute with China. He tied the economy in the ropes of central planning which only helped spawn very many millionaire tycoons. His other mistake was arranging honourable acqutal of Savarkar from Gandhi Assassination case though the fourth bullet found in Gandhiji’s chest was possibly of Savarkar . So democratic he was that he invited RSS Volunteers to participate in the Republic Day Parade!

But Nehru had a great vision. He eventually contemplated the new India to be guided by reason and infused with the scientific temper. Instead , we are now increasingly a country of people driven by dogma and blind faith. Religion and blind faith are our biggest fault lines and the cause of much social friction and breakdown of orderly public behaviour and order.

In recent years, the assault on Nehru’s memory has become vicious. It is led by small men, men who don’t know history and who confuse Taxila with Patna, Indus with Ganges, and Alexander with Selucus; who don’t know science and think the Ganesh was real and not a symbol and who can’t tell between a transplant and plastic surgery; and who cannot distinguish between history and mythology, science and superstition, and fact and fiction. They are now trying to define our identity in narrow and divisive terms, and hence excluding the majority.

Our unique diversity and common perception about ourselves bound by a modern and egalitarian Constitution is now being challenged. India has weathered worse. We are, after all, the people of India, that is Bharat. And we still live in the house that Nehru built.

Love for children..Love for people of this great country,widely travelled man,love for nature,a romantic lover people say. ..It is always great to live with love..Not with hatred like present leaders who are at the top ..Nehru is a giant of a man and today we have Gulliver among the Pygmies.. but he was a giant among the Gullivers .The Indian nation needs Nehru today more than ever before..Nehru is great for eternity..

We are often misguided by vested interest politicians. But, truth prevails at last. Nehru, the greatest Prime Minister of the country is now shown in a bad image. This reminds me of a story:

‘There was a King who had one eye and one leg.

He asked all the painters to draw a beautiful portrait of him. But none of them could because how could they paint him beautifully with the defects in 1 eye and 1 leg.

Eventually one of them agreed and drew a classic picture of the King.It was a fantastic picture and surprised everyone. He pointed at the king AIMING for a HUNT , and TARGETING with One Eye closed and One leg bent…….’

Does it not show the evil motives of people in power today in India ?

” I cannot think what I should write about Pandit Nehru. After Gandhi’s, his is the one name that stands for India- is India. God’s infinite grace has given us such leaders as Dadabhai Naoroji, Tilak, Gandhi and Jawaharlal, one after the other. May we prove worthy of such a bounteous providence.”

“The person who  often speaks most of his virtues is least virtuous. ”
—Jawaharlal Nehru

“Your children are not your children.
They are the sons and daughters of Life’s longing for itself.
They come through you but not from you,
And though they are with you yet they belong not to you.

You may give them your love but not your thoughts,
For they have their own thoughts.
You may house their bodies but not their souls,
For their souls dwell in the house of tomorrow, which you cannot visit, not even in your dreams.
You may strive to be like them, but seek not to make them like you.
For life goes not backward nor tarries with yesterday.
You are the bows from which your children as living arrows are sent forth.
The archer sees the mark upon the path of the infinite, and He bends you with His might that His arrows may go swift and far.
Let your bending in the archer’s hand be for gladness;
For even as He loves the arrow that flies, so He loves also the bow that is stable.”

Hypocrisy has become a way of life. A strange time has come when people will systematically kill you and thenwrite obituary after you die.