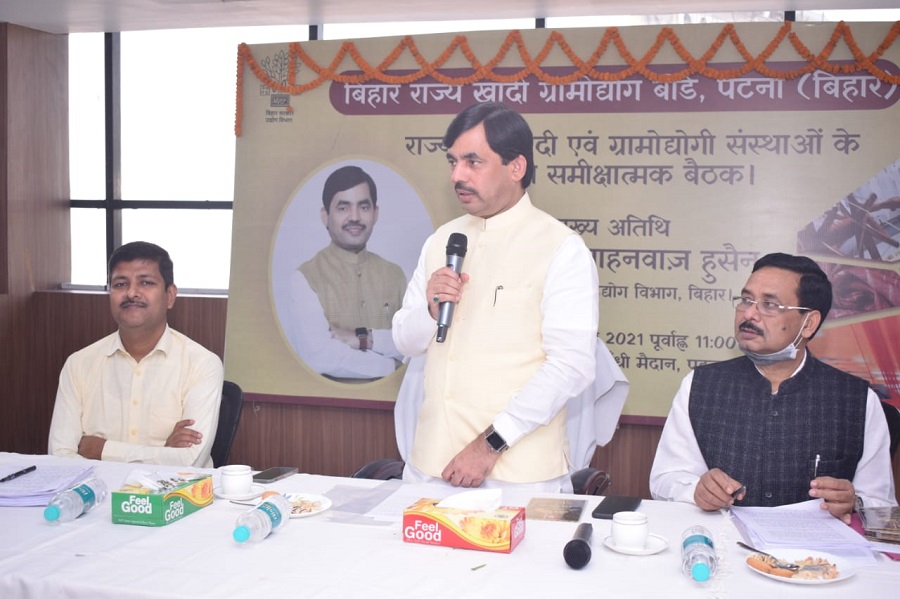 Patna: Bihar Industries Minister Shahnawaz Hussain on Thursday said the state government would soon come out with a Khadi policy to create maximum employment in the state.

Talking to reporters here, Hussain said the policy will be finalised after taking suggestions from Khadi Committees in the state.

The minister announced the formation of a core committee comprising members of 11 Khadi Committees of the state for formulating the Khadi policy.

The Directorate of Industries (Bihar) will ensure that Khadi garments from Bihar are exported to other countries also.

A decision has been taken to organise at least 75 fairs across the country on the occasion of Amrit Mahotsav for the promotion of khadi garments , he said.

Addressing representatives of 61 Khadi committees from different districts of the state, Hussain said that there is immense potential for employment in Khadi, handloom, and handicraft industries.

He said that the department concerned would also create a website through which all Khadi institutions of the state would be able to sell their products.

Through this website, customers will be able to purchase products of their choice from any place in the country and abroad. We will have to adopt new methods of marketing for the promotion of khadi products , the minister said.

He also announced that after Patna, preparations are on to set up Khadi malls in Bhagalpur, Purnia, and Muzaffarpur districts.