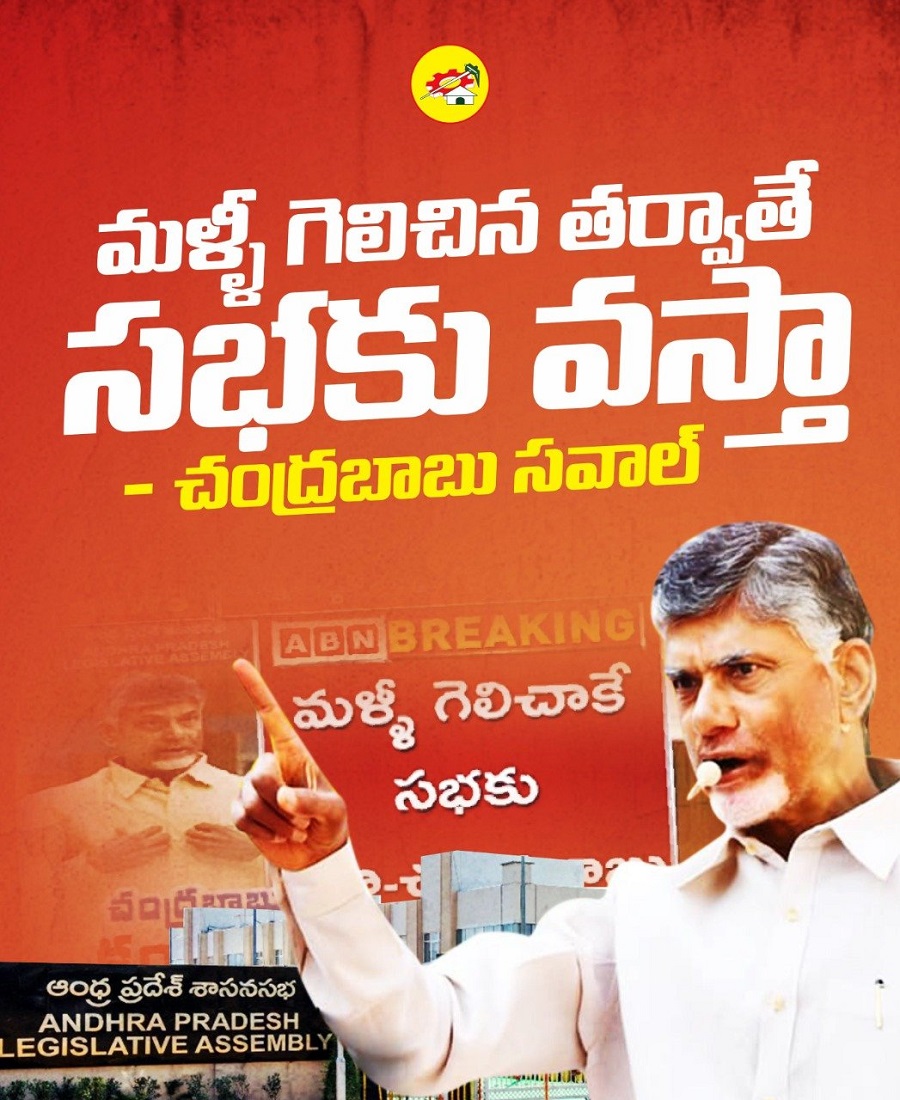 AMARAVATI: Telugu Desam Party (TDP) president N Chandrababu Naidu on Friday vowed to step into the Andhra Pradesh Legislative Assembly again only after returning to power.
In an emotion-filled tone, the Leader of the Opposition said in the House that he was pained by the continuous slur on him by the ruling YSR Congress members.

“For the last two and a half years, I have been bearing the insults but remained calm. Today, they have targeted even my wife. I was always lived with honour and for honour. I can take it no more,” Mr Naidu said.

Though he continued to speak, Speaker Tammineni Seetaram cut the mike even as the ruling party members called Mr Naidu’s remarks a “drama”.

The former Chief Minister vented his frustration following an acrimonious exchange of words between the two sides in the House during a short discussion on the farm sector.

Later, he held an impromptu meeting with his party legislators in his chamber, where he reportedly broke down.

The stunned TDP legislators consoled Naidu after which they all came back into the House.

Naidu then announced his decision to stay away from the House “till I return to power”.