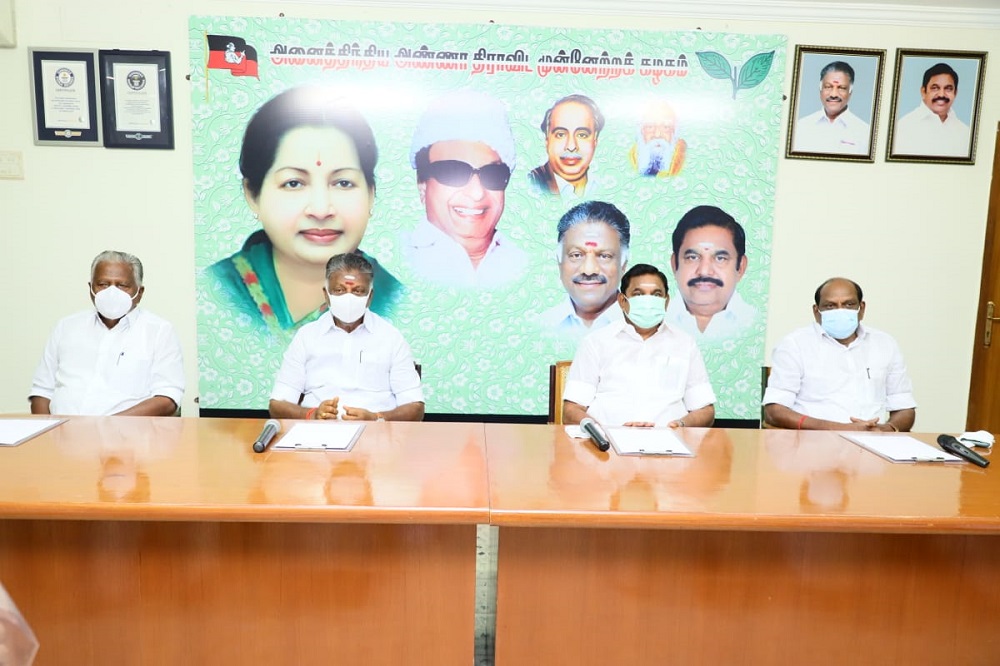 CHENNAI: A day after tweaking party bylaws to strengthen the present leadership structure of the top two positions held by O Panneerselvam and K Palaniswami, the AIADMK on Thursday announced holding elections to the said posts next week.

The main opposition party in Tamil Nadu will also hold elections to various other party posts at the local level later this month, it said.

Importantly, elections to the posts of Coordinator and Joint Coordinator, held by Panneerselvam and Palaniswami respectively, will be held on December 7 in lines with party laws that mandate such an exericse once in five years, an AIADMK release said.

The AIADMK, facing challenge from eased out leader V K Sasikala, had on Wednesday amended its bylaws to retain and strengthen the present leadership structure of the top two positions.

Empowering ordinary party members again, to elect the top leadership were among the changes made, apparently aimed at aiding the current AIADMK leadership in more ways than one.

The changes, effected in the Executive Committee meet held at the party headquarters here on Wednesday are expected to help the leadership in important legal matters.

On Thursday, the party release said nominations for the two posts can be made on December 3 and 4, they will be scrutinised on December 5 while the next day shall be the last day for withdrawal.

The “polling day” will be December 7, and the counting of polled votes and declaration of the result will be done on December 8, it said.