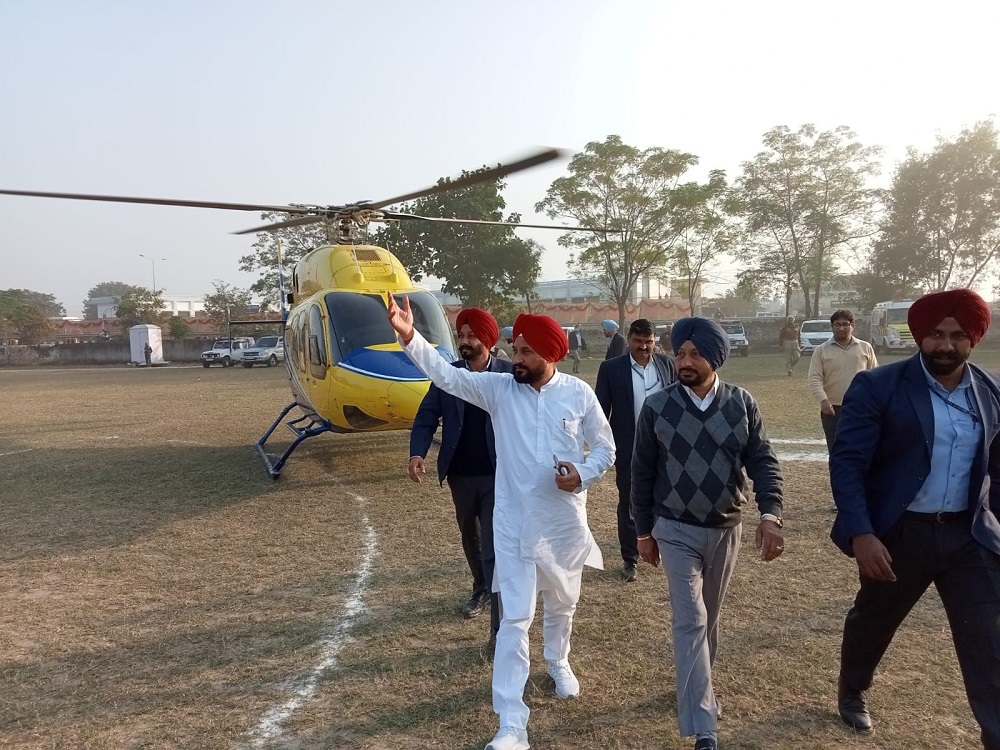 CHANDIGARH: Punjab Chief Minister Charanjit Singh Channi on Thursday hit out at his political opponents, saying he is not someone who just makes announcements but the one who earns people’s trust by delivering on promises.

“Some say it is ‘Channi sarkar’, but I am nobody, I say this is ‘changi sarkar’,” he told reporters at press conference here.

Channi also gave details of development works and pro-people initiatives taken by the state government after he assumed the charge of the Punjab CM in September, replacing Amarinder Singh.

“I am not ‘ailaanjeet’ (one who only makes announcements). I am ‘vishwasjeet’ (one who has won people’s trust),” said Charanjit Singh Channi.

The Punjab CM’s statement has come amid a war of words with Aam Aadmi Party (AAP) leader Arvind Kejriwal, whose party he had described as “kale angrej” (black Englishmen).

Kejriwal on Thursday slammed Channi, saying he may be “dark complexioned” but his intent is clear and he doesn’t make false promises.

Channi asserted that in a short span of time, his government has not only made several pro-people announcements but also implemented them.

“I am here to give a report card before people, to give full account. We have formed government to serve people. We will work with full honesty and transparency. What I say, I will deliver. I will not break people’s trust,” he said.

“We work for the welfare of all classes. This government is of all, of common people,” he added.

Targeting AAP, Channi said those who do not know anything about Punjab are questioning them about “aam aadmi”.

“What I say that becomes law and I say what people, common people need,” he added.

“We made power cheaper from November 1 by Rs 3 for those having load up to 7 kw. In Punjab, power is the cheapest in the entire India, I am making this claim, let anyone counter me,” said Channi, accusing rivals of “misleading” people.

“They are misleading the public because the bills recently issued were for October period and the relief will get reflected in coming bills,” he said.

Hitting out at the Shiromani Akali Dal over farm laws, he said, “The SAD is mother of these farm laws. They passed a law of contract farming first and they showed it to their (erstwhile) ally BJP, which later brought farm laws,” he said.

The Centre on Wednesday notified a legislation to repeal the three agriculture laws against which thousands of farmers have been protesting for over a year now.