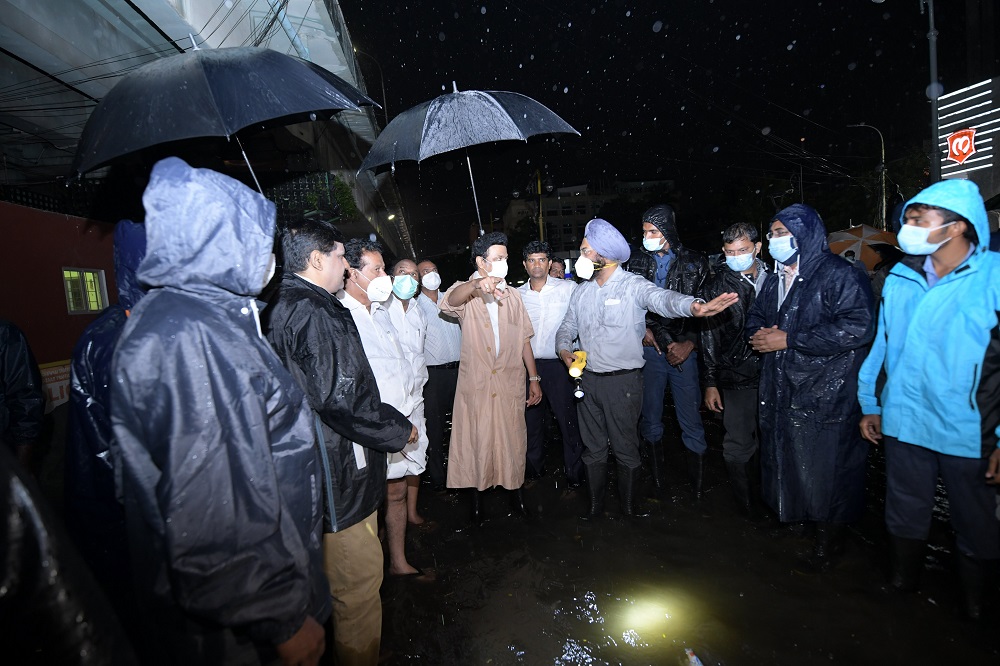 He visited localities including Bryant Nagar and Ambedkar Nagar and directed the authorities concerned to expedite the water draining work, an official release said.

He later gave away welfare aid to around 3,000 people and also held a review meeting with authorities at the City Corporation office here and directed officials to carry out various work including repairing damaged electric poles and addressing the needs of people lodged in relief camps.

The release said the district received 398.12 mm rain in November, which was 112 per cent more than the usual.

Various agencies were coordinating the flood relief work and 87 camps were functioning in which nearly 2,200 people were accommodated.