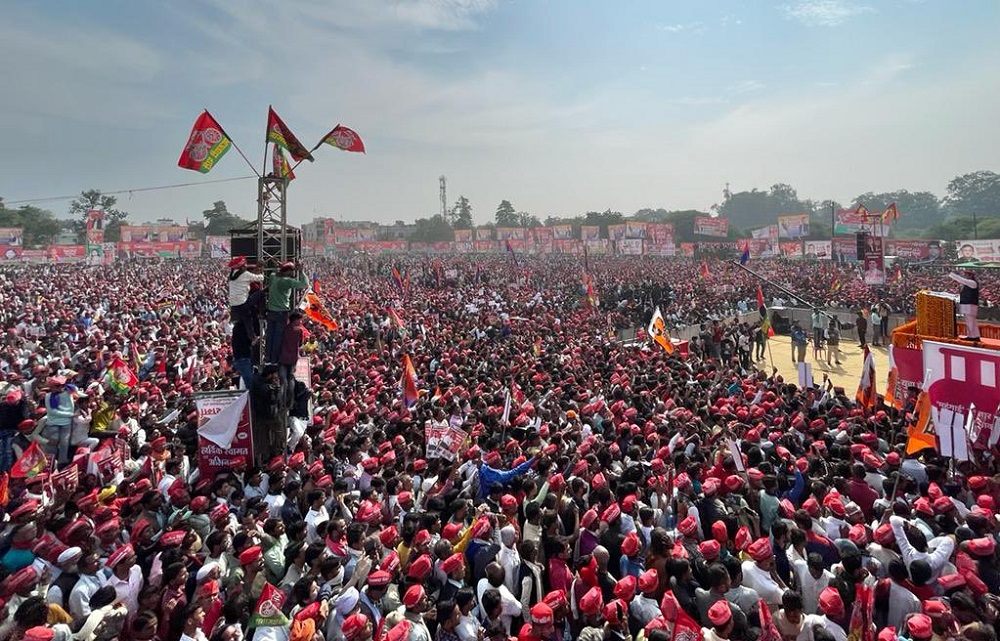 LALITPUR: Samajwadi Party president Akhilesh Yadav on Thursday attacked the Uttar Pradesh government, alleging that it left people to die and stopped them from entering the state while they were walking back home during the coronavirus lockdown.

“Who can forget the pictures when a lockdown was imposed and our labourer brothers had to come from other places,” Yadav said.

“The BJP government put up barricades and did not allow them to enter the state,” he alleged.

“The government left people like orphans to die. Labourer brothers put their lives at risk and had to walk hundreds of kilometers to reach their home on foot,” the former CM added.

Yadav claimed had there been his party’s government, they would have arranged vehicles for them for their journey.

“Had there been our government in the state, not a single labourer would have been allowed to walk on foot. They would have been given a vehicle to reach their destination. The BJP government kept the labourers in cowshed in the name of isolation during the pandemic,” he alleged.

Yadav said people have understood the BJP after its rule and the party’s “tricks” won’t work now.

“Now, there will be a change in Uttar Pradesh,” he said, apparently referring to the state Assembly elections next year.

“The farmers will make a queue again to oust the BJP in elections,” he said.

The former CM said after the formation of his party’s government in the state, farmers will not have to stand in queue for fertilisers.

“You all uproot the BJP government, inflation will automatically come down,” he said.

He also accused the BJP of depriving backward classes of reservation benefit.