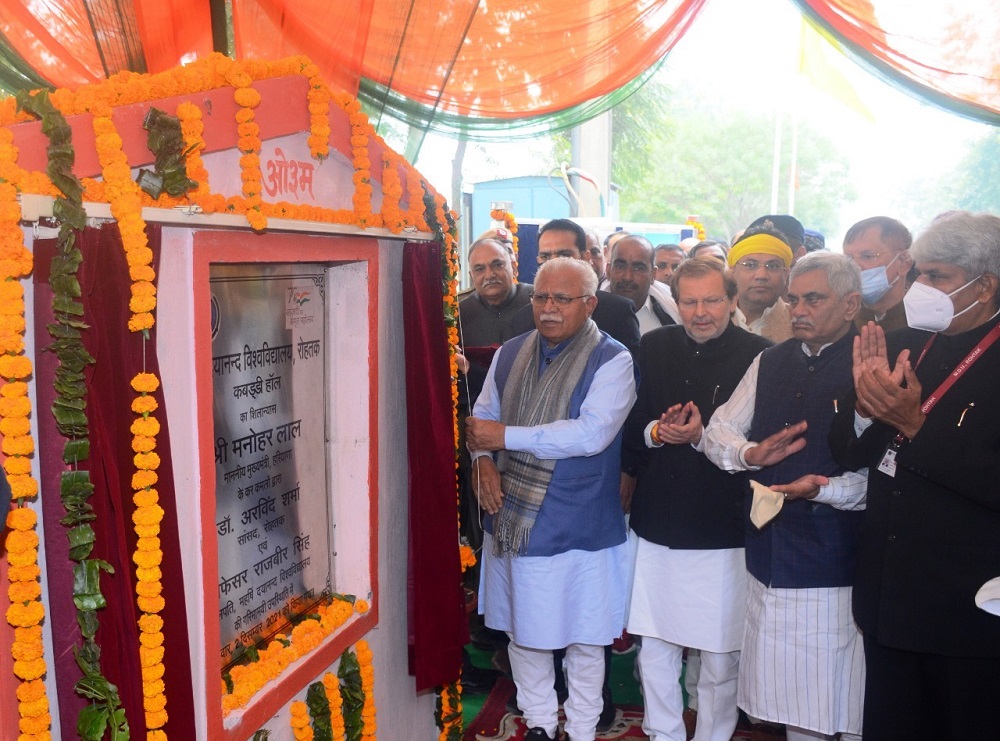 CHANDIGARH: Haryana Chief Minister Manohar Lal Khattar on Thursday said he will invite farm union leaders for talks to look into their demands pertaining to the state government.

When he was informed that farm union leaders have said they haven’t so far got an invite from him for a meeting, Khattar said, right, we will invite them .

His statement during a brief interaction with reporters in Karnal came two days after he said the state government will consider “sympathetically” the farmers’ demand for withdrawal of police cases registered against them during the course of their year-long agitation against farm laws.

He said he has already appealed to the farmers, who have been protesting at Delhi’s borders for over a year, to return to their homes now.

Earlier, Union Agriculture Minister Narendra Tomar had said the right to cancel cases against farmers is a state matter.

Khattar had two days ago said farmers have not yet ended their agitation and are still protesting despite the repeal of the farm laws.

“When this issue (farmers’ agitation) reaches its end, we will do what our government has to do on its part.

However, as they have yet not called off their stir, these things (withdrawal of cases) will come towards the end. We will consider all these things sympathetically,” Khattar had then told reporters on the sidelines of an event here.

He insisted that the farmers’ main demand was the repeal of the farm laws which has been met by the Central government.

Haryana Bharatiya Kisan Union (Chaduni) president Gurnam Singh Chaduni has demanded withdrawal of cases — up to 48,000, he claimed — against farmers.

The Centre on Wednesday notified a legislation to repeal the three agriculture laws against which thousands of farmers have been protesting for over a year now.

The Farm Laws Repeal Act, 2021 received the assent of the President of India on November 30, said a gazette notification issued by the Ministry of Law and Justice.