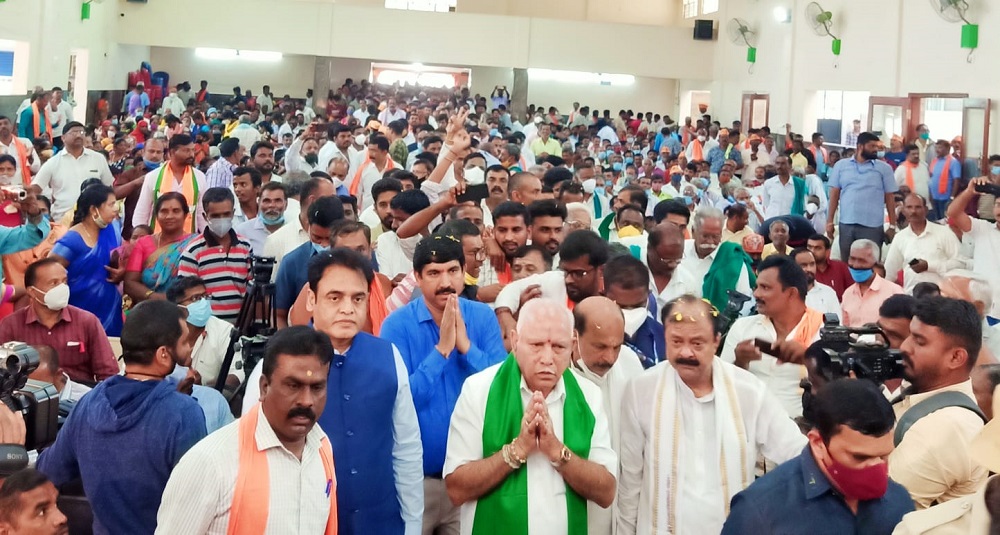 CHAMARAJANAGAR: Senior BJP leader B S Yediyurappa on Sunday claimed that there is a wave of public support in favour of his party in the country and the Congress will continue to sit in the opposition for the next 25 years.
“There is a wave in favour of BJP across the country. The Congress is going to remain in opposition for the next 25 years in Lok Sabha. The Congress is somehow breathing here in Karnataka,” Yediyurappa told reporters here.
The BJP strongman was replying to a query on veteran Congress leader Mallikarjun Kharge’s alleged remarks on Prime Minister Narendra Modi’s failure on the development front.
Yediyurappa said as a senior Congress leader, Kharge should speak responsibly when the entire world admires Modi.
“Ghulam Nabi Azad has said the BJP and not the Congress will come to power next time. In this situation, if Mallikarjun Kharge makes such comments who will value his words. He should at least look at the ground realities,” Yediyurappa said.
On the MLC elections in 25 seats across the 20 local bodies, which is scheduled on December 10, the former CM said he was confident of winning at least 16 out of 20 seats where the BJP is contesting.
Yediyurappa further said he is seeing a wave in favour of the BJP and people have decided to vote for the saffron party candidates this time.
Source: Press Trust of India
In this article:BJP, Yediyurappa