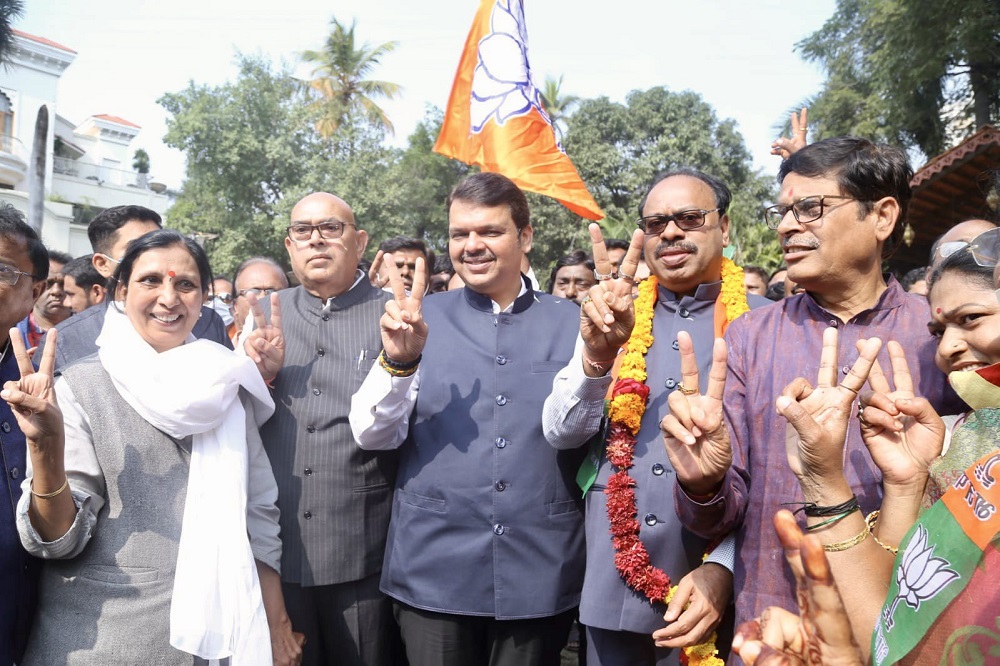 NEW DELHI: Riding high on the party’s victory in the Maharashtra Legislative Council polls, the BJP on Tuesday said that the ‘unholy alliance’ of the Maha Vikas Aghadi (MVA) in the state has been rejected. The saffron party has won four out of the six seats in the Council polls for which elections were held last week.

Bharatiya Janata Party national general secretary and Maharashtra in-charge C T Ravi told IANS that the message is loud and clear that people and elected representatives of the local bodies are against the MVA. “It’s a strong message to the MVA leadership that no one in Maharashtra accepts their ‘unholy alliance’ of three parties, Shiv Sena, Congress and NCP. Unholy alliance of MVA has been rejected in the Legislative Council polls,” Ravi said.

Ravi claimed that the MVA is trying to present a strong mathematical position in the elections but the results show a different picture.

“The MVA partners did everything to win the Maharashtra Legislative Council election. But despite being three parties coming together, the MVA was not able to defend Dhule where the mathematics was in their favour. They are concentrating on mathematics but the BJP is focusing on winning people’s support through its developmental agenda,” Ravi said.

He claimed that there is strong resentment within the cadres of the MVA partners and the results are a reflection of that resentment. “Leaders of Shiv Sena, Congress and NCP joined hands to form the MVA government in the state while the cadre is against the unethical alliance formed for the sake of power,” he said.

The BJP won the local authority constituency polls in the Akola and Nagpur seats with their candidates Chandrashekhar Bawankule and Vasant Khandelwal emerging winners in Nagpur and Akola respectively. The BJP and Shiv Sena bagged one seat each in Mumbai, the BJP also won the Dhule seat and the Congress secured Kolhapur — all four unopposed owing to local-level political understandings in the biennial polls.