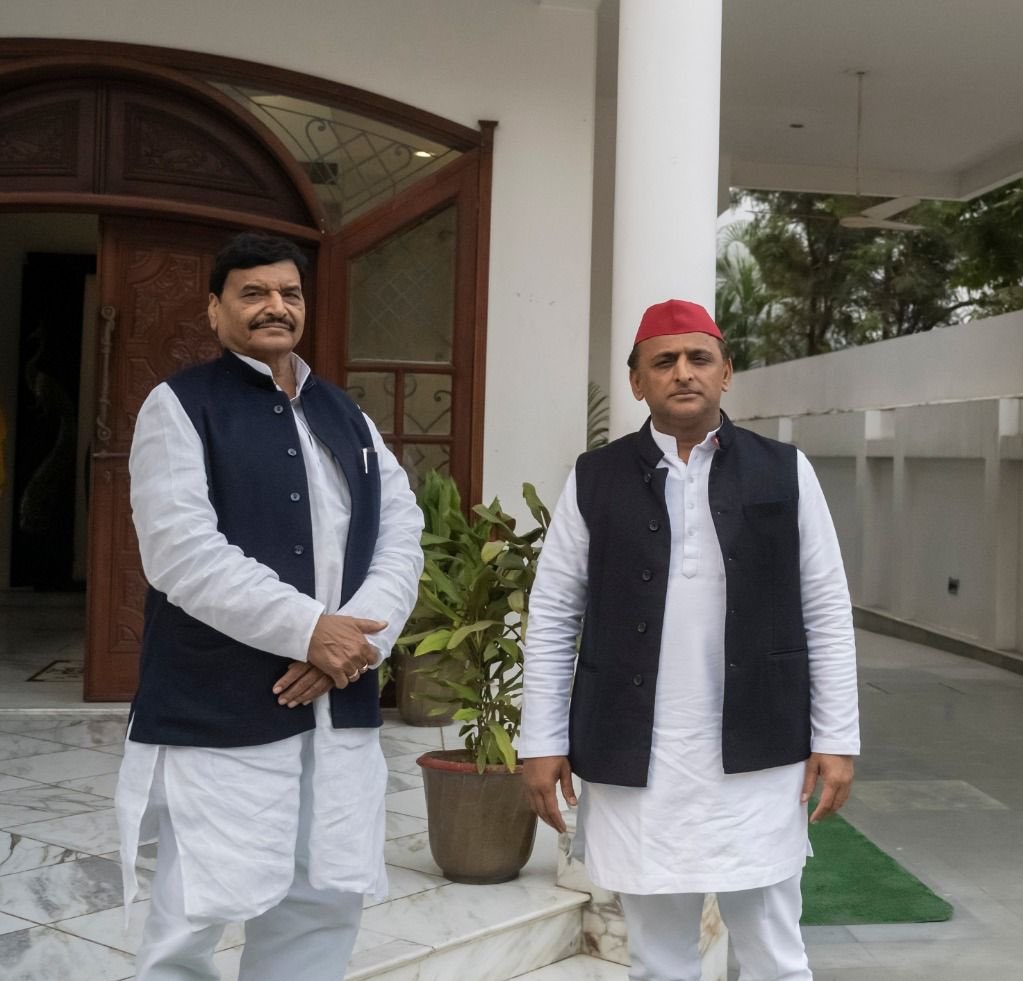 The announcement came after a meet between the SP chief and Shivpal at the latter’s residence in the afternoon.

“Met national president of PSPL and finalised alliance. The SP’s policy to take along regional parties is strengthening the party and take SP and its allies towards victory,” Akhilesh said in a tweet in Hindi after the meeting.

The relationship between uncle and nephew had gone sour in 2016 with the sacking of Shivpal by Akhilesh when he was Chief Minister.

Akhilesh became the SP President in Jan 2017 and Shivpal formed his own party.

Reacting to the meet, Deputy Chief Minister Keshav Prasad Maurya earlier said it will not impact BJP’s prospects in the polls.

“BJP is going to form majority government again in 2022 by winning over 300 seats. Whether there was a meeting of ‘Chacha’ Bhatija’ or ‘Bua’ Bhatija’ or SP or Congress or all of them, only lotus (BJP’s election symbol) will bloom,” he said.