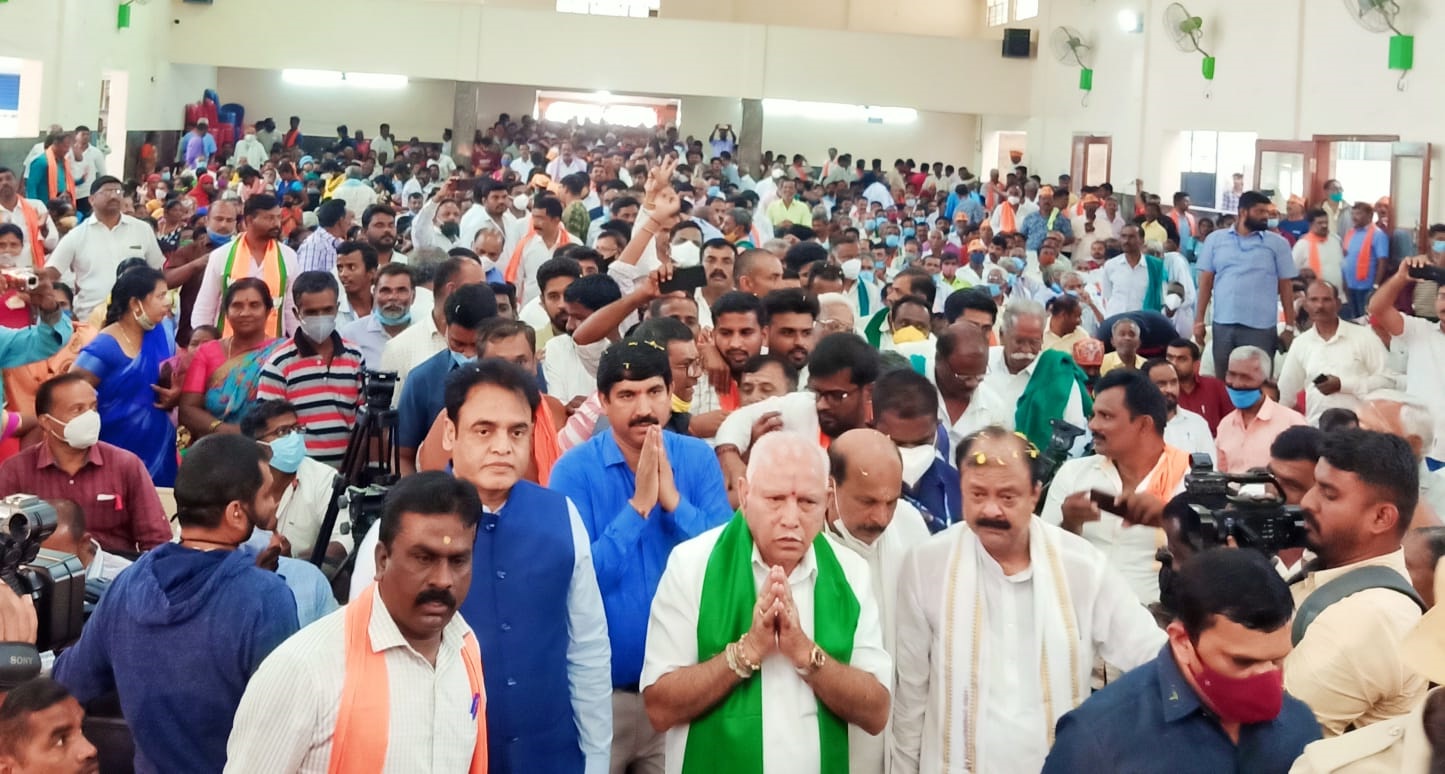 BENGALURU: When he was replaced a few months ago, everyone said it is the end of the road for former Karnataka Chief Minister B.S. Yediyurappa, who had brought the BJP to power for the first time in south India. But with a series of lacklustre electoral outings over the past few months, the party high command has apparently decided to give him a free hand, according to sources close to party high command.

The party high command after asking the party old horse Yediyurappa to step down from the top post, hoped that they could groom parallel leadership in the form of the present Chief Minister Basavaraj Bommai. However, they seem to be disappointed with the abilities of CM Bommai to win elections and elevate himself as leader of masses, party sources said.

The ruling party failed to attain the majority by one seat in the upper house. This has put the high command to contemplate in terms of strengthening the hands of Yediyurappa to ensure victory of the party in 2023 Assembly elections.

The party has decided to give him free hand in terms of strategising, planning and selection of candidates for upcoming elections. The party is also now considering a plum post to his son B.Y. Vijayendra. The party will also snub the state leaders who campaigned against Yediyurappa and cornered him, sources close to Yediyurappa explain.

Ruling BJP was hoping to win 15 seats in council elections. But, it managed to win only 11 seats. The defeat in Belagavi has angered the party seniors as it is considered as the bastion of BJP.

When Yediyurappa was at the helm, the party registered thumping victories in most of the bypolls and was successful in attaining a majority in state Assembly. However, high command was not happy with Yediyurappa as corruption and nepotism charges cropped up against him.

However, after the change of leadership, the party though seemed to managed to oversee change of guard, failed a find a leader who could win elections for them in the state, the sources said.

The party had snubbed Yediyurappa when he announced statewide tour and also during bypolls. He was asked to campaign as one among many top leaders.

Even Yediyurappa made an announcement that it is not easy to win elections in Karnataka just by taking name of the Prime Minister Narendra Modi.

BJP high command now is realising that without his mass appeal, it is difficult for the party to come to power in general elections, the party leaders explain.

The high command is also likely to instruct party leaders in the state not to object to any of his plans and also to take his suggestions while making big decisions.

Sources also reveal that, the BJP will almost prepared to take calls as per wishes and guidance of Yediyurappa.

But, when asked about these developments Ashwathnarayana, the State General Secretary of Karnataka BJP stated that the party is in no mood to create parallel power centre in the state. There is no discussions on those lines within the party.

As for as election results are concerned, the BJP has managed to win 11 council seats, earlier the party held only six of these seats. “We have won in Congress stronghold seats. Congress which held 14 seats, managed to win 11 seats only this time. There is no set back for the party. BJP has strengthened its base. The core committee will decide things, there is no individual responsibility and there is no individual decision making,” he stated.

In this article:BJP, Karnataka, Yediyurappa