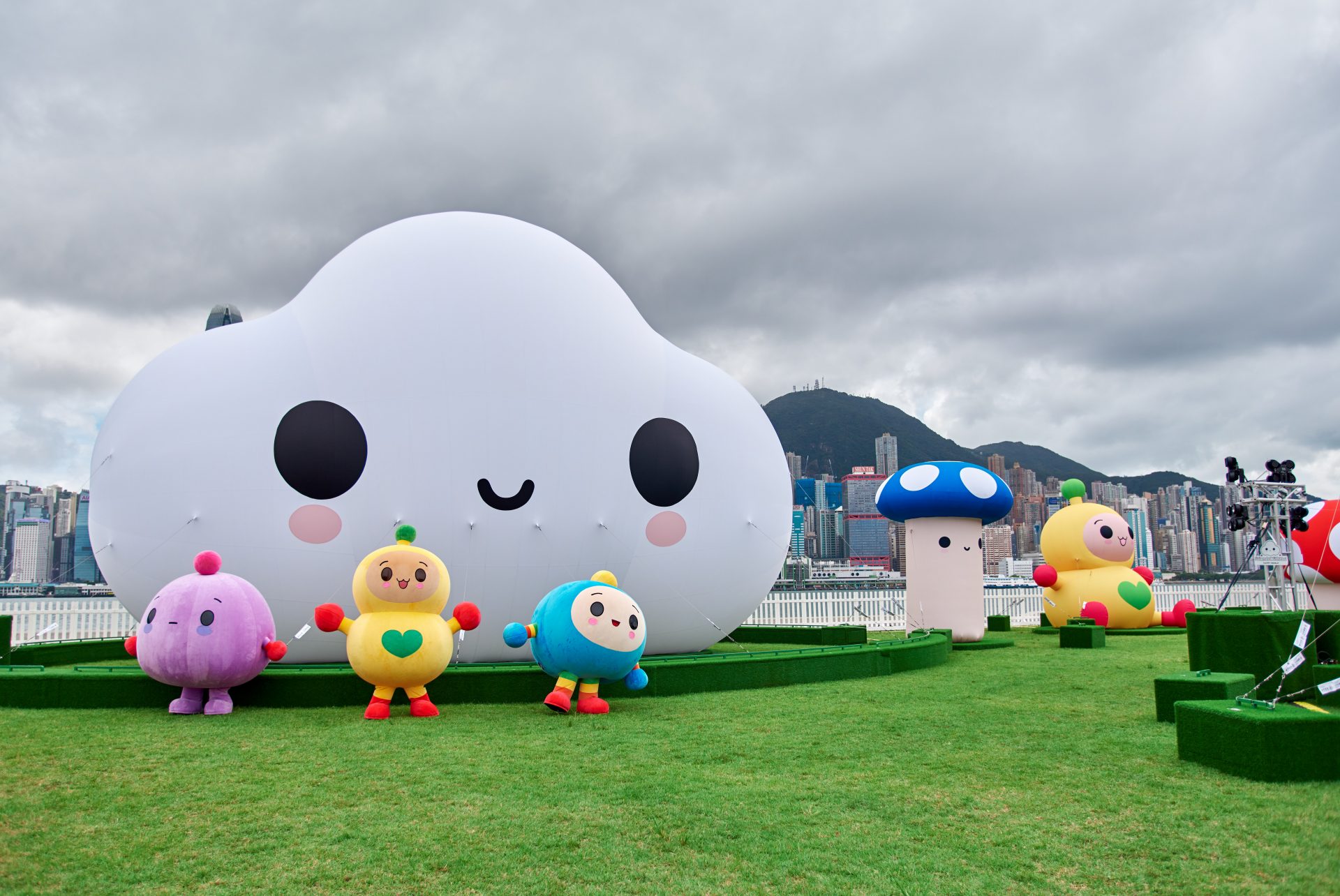 On December 4, 2021, addressing students of the Ahmedabad University in Gujarat during the varsity’s 11th annual convocation which was also held online, Nobel laureate Abhijit Banerjee said,” People in India are in “extreme pain” and the economy is still below the 2019 levels, with “small aspirations” of people becoming even smaller now”. Similarly, in July 2018, Nobel laureate Amartya Sen had said that India has taken a quantum jump in the wrong direction after 2014.

He was critical of the Modi government because India was limping backward due to a decline in expenditure on health and education.

We know India has the ignominy of being a country of having the highest number of poor and hungry people in the world. In 2019, around 19.44 crore faced hunger in India. The Multi-dimensional Poverty Index (MPI) prepared by Niti Aayog revealed that one in every four people in India (i.e., 25.01 percent) was multidimensionally poor in 2016-17. As of 2018, more than 16.3 crore Indians do not have access to safe drinking water. An estimated 3 million Indians are homeless. Of these, the women, in particular, are vulnerable to appalling violence and sexual exploitation.

India is placed abysmally in all international indexes. Poverty, hunger, and inequality have been exacerbated by the Covid pandemic. Of course, the draconian demonetization and a poorly planned and hastily implemented GST had crippled the Indian economy that was already struggling with   many economic problems.

This is corroborated in the preface of the report, written by Nobel laureate economist Abhijit Banerjee and Esther Duflo. The bottom half of the Indian population owns “almost nothing” of the national wealth, whereas the top one percent of the country’s population earned more than one-fifth of the total national income.

Measured in terms of purchasing power parity basis, the average national income of the Indian adult population is Rs 204,200, while the average household wealth in India is equal to Rs 983,010.

Gender inequalities in India are pervasive with the female labour income share being equal to 18 percent. This value is one of the lowest in the world, slightly higher than the average share in West Asia at 15 percent. The report highlighted that the quality of inequality data released by the Indian government has “seriously deteriorated” over the past three years.

The report has also flagged a drop in global income during 2020, with about half of the dip in rich countries and the rest in low-income and emerging regions. But what is disconcerting is that When India is removed from the analysis, it appears that the global bottom 50 percent income share actually slightly increased in 2020.

Evidence from across the world has shown, fast GDP growth alone doesn’t help, especially when it comes to tackling inequalities in accessing education and health. According to the report, the deregulation and liberalisation policies implemented for India’s economy since the mid-1980s have led to one of the most extreme increases in income and wealth inequality. While the top 1 percent has largely benefited from economic reforms, growth among low-and middle-income groups has been relatively slow and poverty persists.

Going back in time, the report shows that the income inequality in India under the British colonial rule (1858-1947) was very high, with a top 10 percent income share around 50 percent. After independence, due to socialist-inspired five-year plans, this share was reduced to 35-40 percent. Owing to poor post-Independence economic conditions, India embarked upon deregulation and loosening controls in the form of liberalisation policies. Now, few persons have amassed wealth leading to the impoverishment of many.

The wealth of the richest individuals on earth has grown at 6 to 9 percent per year since 1995, whereas average wealth has grown at 3.2 percent per year. Since 1995, the share of global wealth possessed by billionaires has risen from 1 percent to over 3 percent. This increase was exacerbated during the COVID pandemic. In fact, 2020 marked the steepest increase in global billionaires’ share of wealth on record.

What is reprehensible is that the share of public wealth across countries has been on a decline for decades now. This trend has been magnified by the Covid crisis, during which governments borrowed the equivalent of 10-20 percent of GDP, essentially from the private sector. Public wealth has been declining for two reasons: First, governments have been privatizing assets and natural resources at low costs. Second , government’s contract debt to the private sector, making it richer.

People accumulate wealth across generations through inheritance. It has a snowball effect, wherein successive generations will gain more, but in their concentrated section. More capital incentivizes banks to lend. This is why the rich section’s wealth grows faster.

Currently, governments have more debts than assets as rich, wealthy and corporations are not paying their fair share and the government is taking recourse to debt-induced growth where the burden of debt falls on the masses through the decline in welfare expenditure while benefits of growth are garnered by the rich.

The ultra-low interest regime is also helping the rich to amass wealth at the cost of savers. Similarly, another reason for rich and corporates accumulating wealth at a faster rate is not due to hard work but bubbles and crashes of the stock market. The reduction of corporate taxes from 30 percent to 22 percent introduced in 2019 in India has not translated into any boom in private investment. There is an accretion to profits of corporations.

Our Prime Minister Narendra Modi has never discussed the issue of flaring income and wealth inequality. In his Independence Day Speech in 2019, Modi said, “Let us never see wealth creators with suspicion. Only when wealth is created, wealth will be distributed.” But world inequality reports reveal that national wealth has not been evenly distributed. Hence, the solution lies with the imposition of wealth, inheritance tax, keeping real interest rate positive, and taxing the windfall gains in the share market. Government is more interested in temples than in people !

If building a temple or renovating a temple can ensure electoral victory, why would the ruling class try to solve the problems of poverty, hunger, unemployment and inequality. People are deceived by rulers because intellectuals, progressive people,including the media have failed to tell the truth to people.

The bitter truth is that, those who are talking of God and temple are actually never practicing what God had preached as read in mythology .
They just exploit  religious sentiments for political gain.Never any God believer or pro people ruler will raise indirect taxes on petroleum products, impose tax on insurance premium  (which is repressive) but cut corporate taxes to the benefits of corporate behemoths.

Biggest failure  of intellectuals.Now, without knowing the genesis, some blind followers have begun questioning the pension of senior citizens.

Pension in India is almost one and half century old. It is a token of gratitude of the country for the service of the working class.History of Indian pension system dates back to the colonial period of British-India.

In 1881,The Royal Commission on Civil Establishments, first awarded pension benefits to the government employees. The Government of India Acts of 1919 and 1935 made further provisions. These schemes were later consolidated and expanded to provide retirement benefits to the entire public sector working population.

Post independence, several provident funds were set up to extend coverage among the private sector workers.In 2005, pension scheme has been revised in the country keeping the practice followed worldwide .

In the last 7 years, ‘people’ have realized that there is something called ‘ Constitution of India’ which was drafted by a committee of experts and it needs to be protected to save the life and livelihoods of the ordinary Indians.During the same period Odisha CM Navin Pattnaik has understood one thing from his Narendra Bhai  that it is not ‘Constitution’ but it is only ‘temples’ that matter in people’s lives. It is not surprising therefore to see that while one is opening Kashi corridor in his LS constituency,  the other one is opening a similar corridor in his so-called Home district.

People are now Political commodities on auction in the electoral platform !