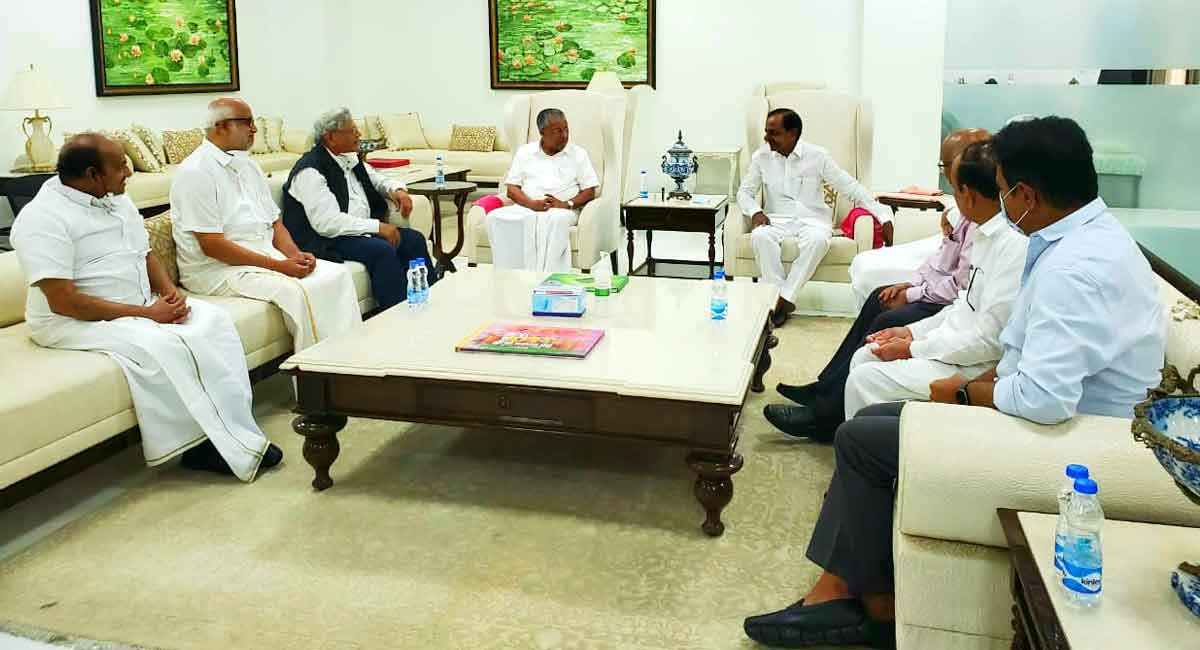 HEDERABAD: Amid a political slugfest with the BJP, TRS president and Telangana Chief Minister K Chandrasekhar Rao on Saturday held separate meetings with senior leaders of the CPI(M) and CPI and discussed finding common ground in opposition to the Centre’s PSU disinvestment and other policies.

CPI state secretary Chada Venkat Reddy said the meetings took place at the invitation of the Chief Minister and Rao proposed working together regarding the central government’s public sector disinvestment programmes among other issues and sought the party’s opinion.

The CPI leader said said the party will get back after duly considering the issue.

The TRS has been critical of the central government’s PSU disinvestment and other policies. The ruling party in Telangana and the BJP have been engaged in a bitter war of words over paddy procurement in the state and other issues.

A CMO release said the Left leaders paid courtesy visits to Rao in which they discussed national political issues and development of Telangana among others.

The CPI(M) leaders are in the city to attend the party’s ongoing central committee meeting, while CPI leaders visited Hyderabad in connection with the 16th National Conference of All India Youth Federation (AIYF).