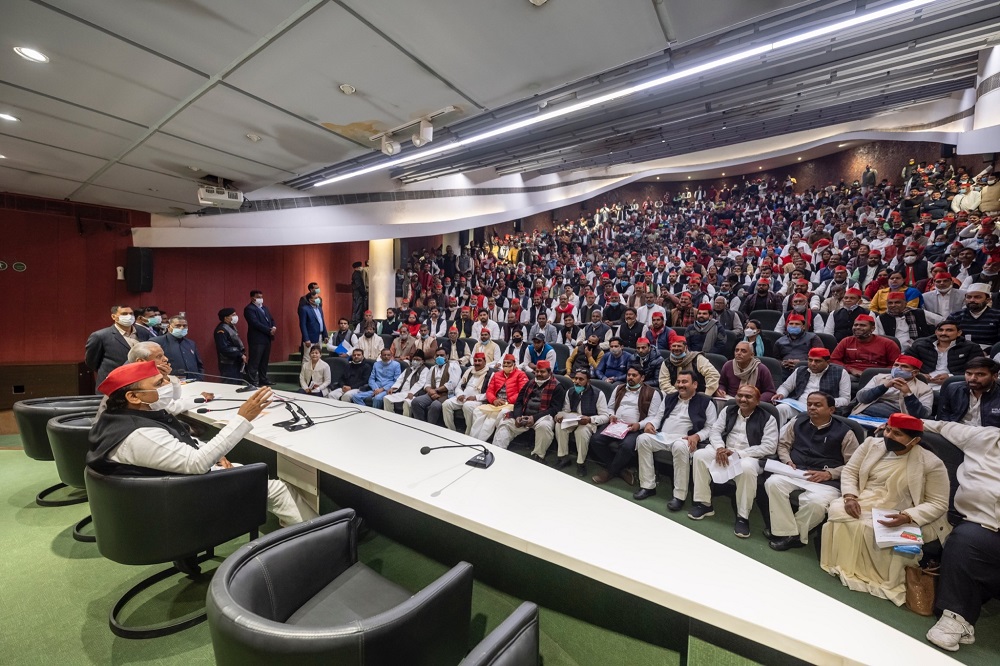 NEW DELHI: The Samajwadi Party (SP) has written a letter to the Election Commission of India, seeking the removal of two IAS and two IPS officers in order to ensure free and fair elections in Uttar Pradesh.

The letter sent by SP secretary Rajendra Chaudhary alleges that these officers were working like “BJP workers”.

The letter further states that since these officers are holding influential positions, free and fair elections would not be possible unless they are removed.