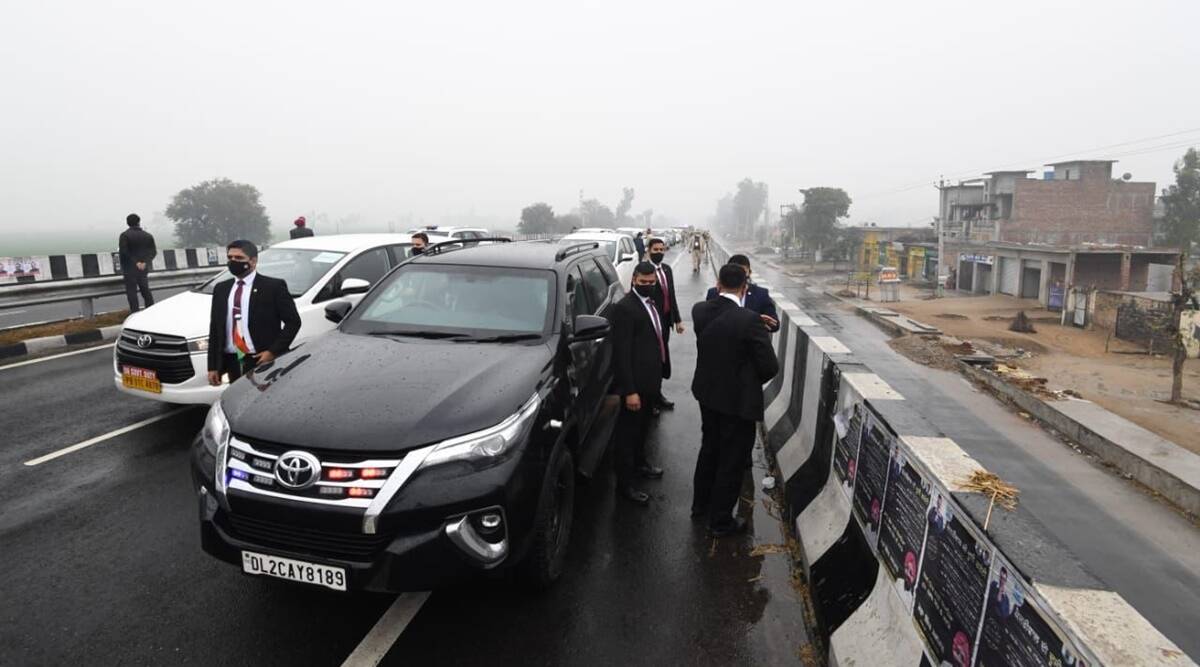 NEW DELHI: The Supreme Court of India on Monday said it would set up a panel headed by its former judge to probe the security breach during Prime Minister Narendra Modi’s recent visit to Punjab and stayed the parallel inquiries by committees of the Centre and the state government into the lapses.

Stressing that the apex court was not undermining the importance of the security of the Prime Minister and dealing it with all seriousness, a bench headed by Chief Justice of India (CJI) N V Ramana said that the separate inquiries by panels set by the Centre and the state government will be stayed.

The bench, also comprising Justices Surya Kant and Hima Kohli, took note of the submissions of Solicitor General Tushar Mehta about the time frame within which the court-appointed panel should give the report and said it will keep this aspect in mind.

The top court was hearing the plea of an organisation, Lawyers Voice, seeking a thorough investigation into the breach in Modi’s security in Punjab to ensure there is no such incident in the future.

On January 5, the Prime Minister’s convoy was stranded on a flyover due to a blockade by protesters in Ferozepur after which he returned from poll-bound Punjab without attending any event, including a rally.

We are thinking on these lines… One retired Supreme Court judge will head the committee and the members would be DGP (Director General of Police) of Chandigarh, the Inspector General of the NIA (National Investigation Agency), the Registrar General of the Punjab and Haryana High Court and one more person from Punjab…and he can be Additional DGP (Security), the CJI observed, hinting at the broad parameters of the proposed order which will be passed later.

The top court also took note of the concerns of the Punjab government that its officials are being condemned by the central government panel without any proceedings and ordered, All inquiries should stop.

At the outset, Advocate General and senior advocate D S Patwalia, appearing for the Punjab government, said: I don’t think that I will get a fair hearing because there is some politics behind it also. My fear has come true as seven show cause notices have been sent to the state officials ranging tom the chief secretary to the SSP by the central government’s committee saying you are guilty…

Please hang me and my officers if we are guilty but please do not condemn us unheard, the state’s law officer said, adding that an independent committee be set up as he apprehended that the state officials will not get fair hearing before the Centre’s panel.

The committee’s inquiries were put on hold, where have these show cause notices come from, Patwalia asked and this led the apex court to express its displeasure.

The bench referred to the state government officials being issued show cause notices despite the panels being asked to hold their hands till January 10, and asked what purpose would remain for the court to intervene.

“Your show cause notice is totally self-contradictory. By constituting a committee you seek to enquire if there was a breach and then you hold state Chief Secretary and the DGP guilty. Who held them guilty… The state and the petitioner want a fair hearing and you cannot be against a fair hearing. So why this administrative and fact-finding enquiry by you at all, the bench asked.

The show-cause notices were issued before the order of the court, the Solicitor General replied, adding that the central government’s panel may be allowed to inquire into the lapses, and a report would be submitted to the bench.

Moreover, the show cause notices were based on admitted non-compliance of statutory schemes, Mehta said and referred to various provisions of the blue book’ relating to the SPG, the Prime Minister’s security and the role of the local police.

The bench then said that both the committees should be permitted to continue with the inquiries.

“Asking them to reply within 24 hours, after our order…it is not expected of you,” the bench said.

“To say it is not expected of you’, is a bit harsh under the circumstances”, Mehta said, adding that the Prime Minister’s security is of paramount importance.

We are not undermining the importance of the security of the Prime Minister… We are taking up the matter with all seriousness. Please do not be under the impression that we are not giving the importance, the bench said.

There is a breach and the state too has admitted it, but the other issues are questions of facts and they have to be seen by independent persons, the bench said.

If you want to take disciplinary action against the state officers then what remains for this court to do, the bench asked.

If the court felt that the show-cause notices pre-empted the final outcome, then inquiry proceedings may be put on hold till the Central committee inquires and give the report to the bench, Mehta said.

He referred in detail to the provisions of the “Blue Book” for PM’s security and said that several breaches of the scheme of the rules are established such as the PM’s convoy had proceeded on the road after taking clearance from the DGP and moreover, the warning vehicle did not warn about the blockade.

There was a complete failure of intelligence and violation of protocols, he said, adding, It has to be continuously communicated that there is a clear road and if there’s a blockade, stop them 4 km away. Here the warning car of the state was travelling along with the cavalcade. There was complete intelligence failure.