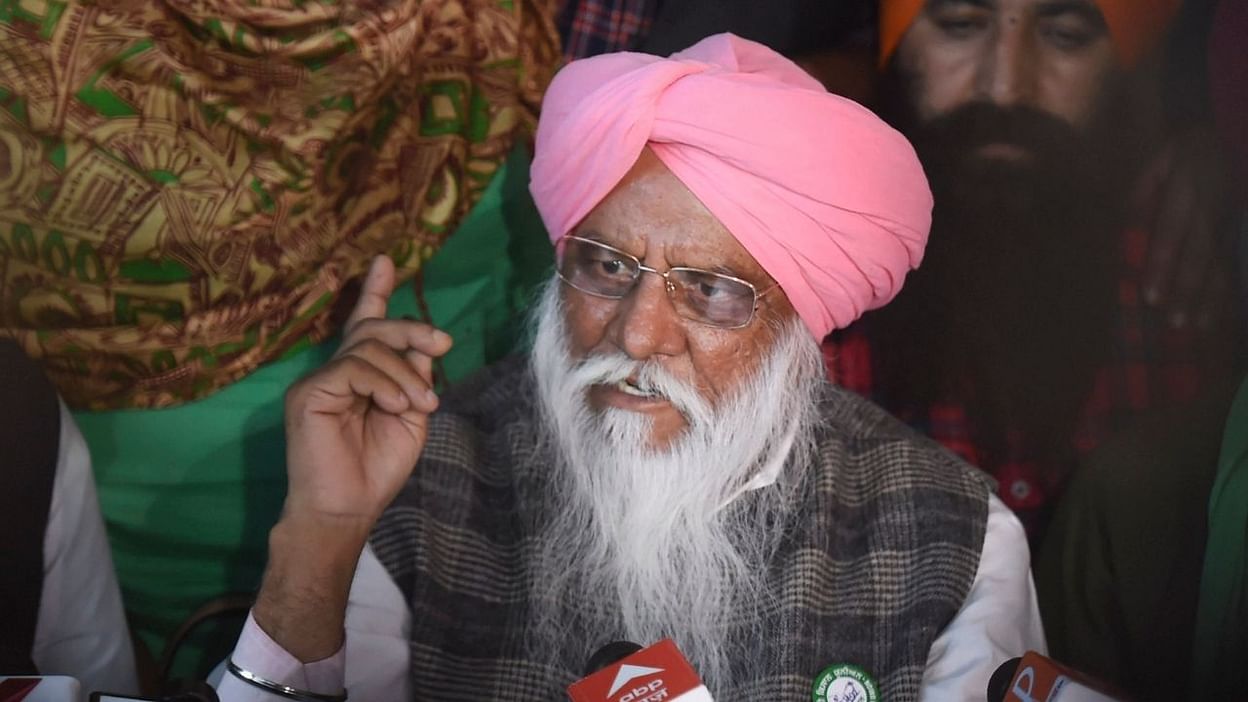 NEW DELHI: Sanyukt Samaj Morcha leader Balbir Singh Rajewal on Sunday ruled out the alliance with the Aam Aadmi Party for next month’s Punjab Assembly polls and said they will declare their candidates within a week.

Various Punjab farmer bodies who had taken part in the stir against the Centre’s now withdrawn farm law had launched their political front last month and announced to contest the Assembly polls.

Addressing the media here, Rajewal said the Morcha will not have a tie-up with the Aam Aadmi Party (AAP).

He termed as “baseless” the suggestions that his political front wanted 60 seats while AAP offered only 10.

Asked if they will tie-up with any other party, Rajewal said, “We will see when the time comes.”

The leader said the Sanyukt Samaj Morcha has formed three committees, scrutiny committee for shortlisting of candidates, parliamentary board and a manifesto committee.

“We will come out with our first list of candidates in two-three days and within a week, all candidates will be announced,” said Rajewal.

Asked if only farmers will be the contestants, Rajewal said the candidates will be from every section of society, including the Scheduled Castes community and traders.

Chaduni, who is the chief of the Haryana BKU (Chaduni), held a meeting with the SSM leaders and said he has decided not to announce candidates of his party.

His outfit has halted the announcement of 10 candidate which it wanted to field, Chaduni told reporters here referring to his talks with the SSM.

Asked if there were any talks with them on seat sharing, he said, “As things progress, we will let you know.”

Asked if he could merge his outfit with the SSM, Chaduni said it is premature to comment on this.
Asked about the meeting with Chaduni, Rajewal said the SSM has formed a committee, which will go into what is their requirement and accordingly a decision will be taken.

“How many tickets they want, how many we can give, this will be decided by the committee,” said Rajewal.

To a question on the PM’s security lapse in Ferozepur, Rajewal said farmers were not involved in it and demanded that security agencies should probe in this regard.